Well, At Least We Now Know Why South Dakota Voted (and Will Proudly Vote Again) For Trump 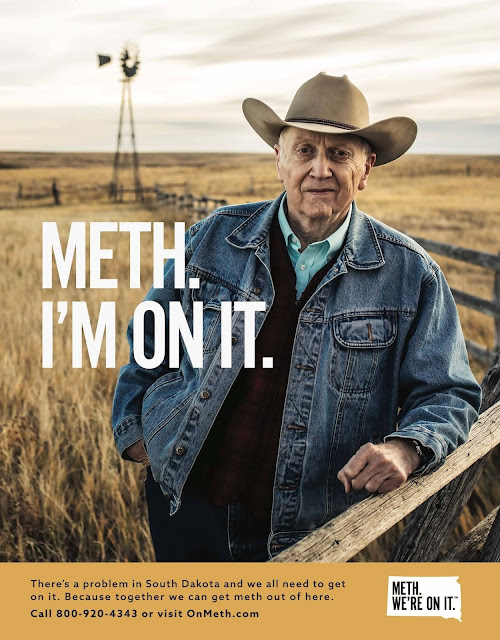 So, South Dakota's Governor Kristi Noem has launched an ad campaign to raise awareness of and combat the state's methamphetamine addiction crisis. Unfortunately, the ad campaign is called "Meth. We're On It." 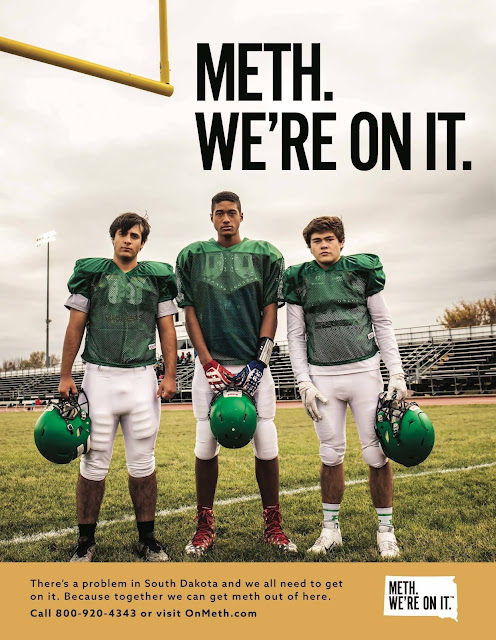 You can read the backstory of it here to include its $449,000 price tag. The State news release is here.
From the above-linked Washington Post article:


"I can't imagine this is what they intended to do; any good marketer would look at this and say: 'Yeah, let’s not do that' … I'm sure South Dakota residents don’t like being laughed at. 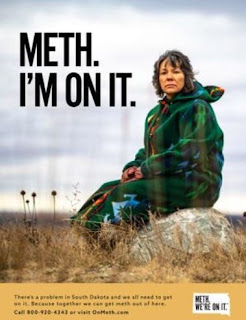 That's what's happening right now … This is not about trying to find people in the tough parts of town that are hiding from society and using meth. This is about telling everyone in the state: ‘I know we’ve got a problem, and I’m addressing it.’ Nobody thought about the ramifications. The Twitter reactions are hysterical.”


-- Bill Pearce, Assistant Dean at the University of California at Berkeley’s Haas School of Business
(Is it me or is the lady in that picture above wearing a snuggie??)
I think this BuzzFeed headline sums it up the best: "Meth. We're On It." Is A New Antidrug Campaign In South Dakota. Seriously.
Just FYI, the methamphetamine epidemic is distinct from (but socio-culturally related to) the opioid epidemic.
That's all for now.
--Regulus
Posted by Regulus at 11:28 PM