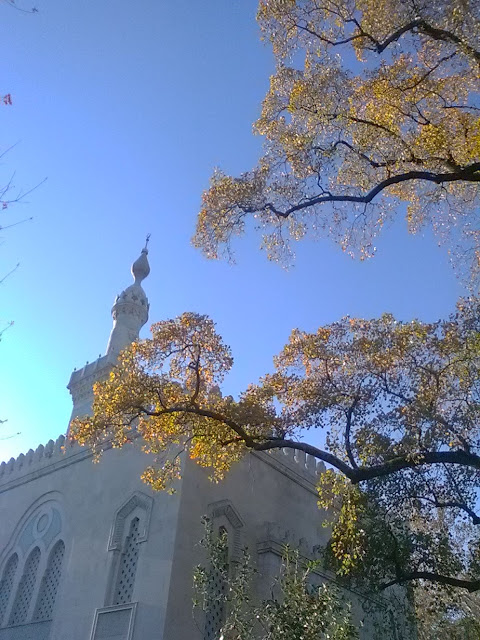 
Home tonight after going to the gym early this evening, which, in turn, followed a Saturday late sleep in -- after going out last night bar hoping with that lady from North Carolina (Janna) I met earlier in the week.
I'm watching the MeTV Super Sci-Fi lineup tonight, which features the following …

The Svengoolie-hosted monster movie was the 1964 film The Gorgon. That was a really weird movie. The Gorgon creature turns out to be the character Carla Hoffman, or at least the Gorgon's spirit occupies her.

The Star Trek: TOS episode was "Obsession" while the episode of Buck Rogers in the 25th Century is the two-parter "The Time of the Hawk" -- which marked the start of season 2 of the series.

The Invaders ("a Quinn Martin production") features the episode "Labyrinth" and Lost in Space is "Invaders from the Fifth Dimension."


The episode of Voyage to the Bottom of the Sea is "Deadly Amphibians." As for Land of the Giants, it features the episode "A Small War." Thereafter, it's The Time Tunnel, but I doubt I'll stay up that late. 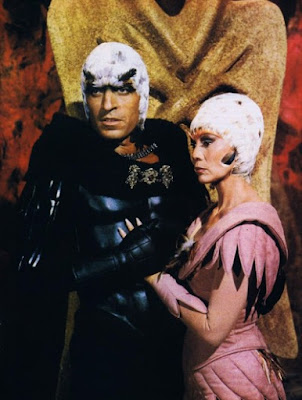 About the Buck Rogers episode, it introduces Thom Christopher as Hawk, a half-humanoid, half-bird warrior.

Having lost his mate, Koori, who is played by Barbara Luna, as a result of a battle with Buck, he is now the last of his species thanks to human beings and all the mayhem and death they bring everywhere.


This episode features the most poignant scenes and profound reflections on the inherent depravity of human beings.
Gil Gerard's Buck Rogers gives quite the speech at the end of it -- during Hawk's trial for his one-man war against humans after his village had been destroyed by humans.
By the way, I can't tell if Gil Gerard and his son, Gib, by actress Connie Sellecca, get along or not. The son seems a lot closer to his stepfather, Sellecca's current husband, John Tesh.

I don't want to make this a political-themed entry but I do want to note that the Democratic Governor of Louisiana, John Bel Edwards, narrowly -- but importantly -- won reelection tonight in the runoff race, thus making it two-for-two in gubernatorial loses in ruby Red States (the other being in Kentucky) to Trump-loving GOPers. 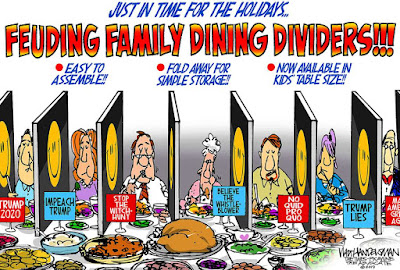 More importantly, it is an embarrassing political defeat for the syphilitic mobster occupying the Office of Presidency of the United States because in both cases, this shitty gangster put his loathsome reputation on the line by holding all those Nuremberg Hillbilly rallies. 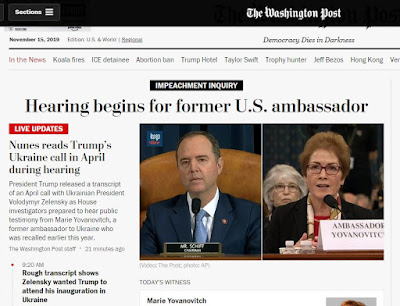 As for Ambassador Marie Yovanovitch's testimony on Friday at the House public impeachment hearings, it was compelling and powerful. 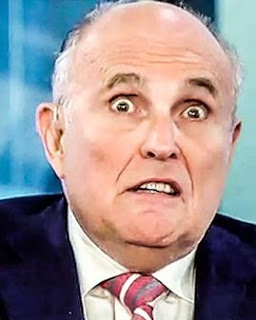 It also put a human face on the personal trauma inflicted on a stellar career diplomat with 30 years of outstanding service even while showing the national security damage caused by Trump's gangster operation being run by that zombie-like Rudy "Ghouliani" Giuliani in Ukraine with sundry Russian government-backed oligarchs. 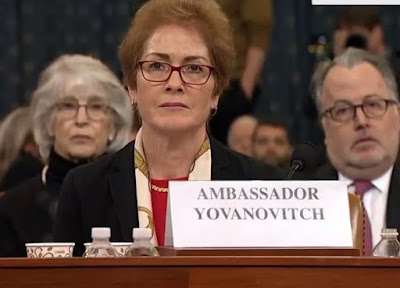 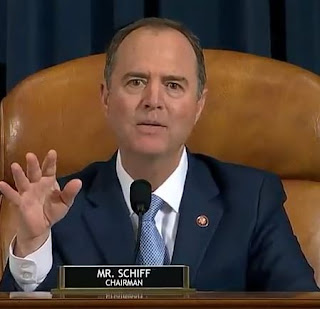 His remarks were interrupted at the very end by Republican Rep. Mike Conaway, who "demand(ed) to speak" -- but Schiff pounded the gavel and, in so doing, told him and the other Republican members to go pound sand up their saggy asses.


What's more, Conaway's microphone was turned off. That's the best way to deal with the endless stream of fetid foulness that comes out of GOPers mouths. Below is a YouTube video of Schiff's closing remarks -- but it cuts off just before Conaway's outburst. (I'll try to find a video of that and update the entry.)
What was noteworthy is that Ambassador Yovanovitch received a standing ovation from the spectators in the hearing room. 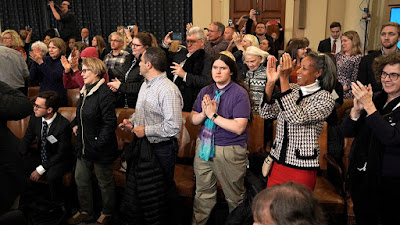 Trump, being Trump with his uncontrollable impulses and antisocial personality disorder, engaged in some witness tampering right during the hearing with one of his tweets -- or as Rep. Eric Swalwell referred to it, a "disgusting tweet" 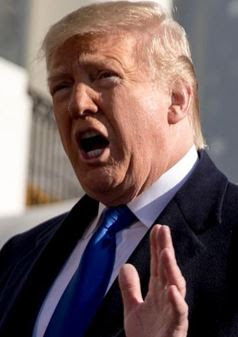 Whether or not it was "witness tampering" in a legal trial sense of that word, the denigration of Ambassador Yovanovitch was meant to intimidate other witnesses and whistleblowers. The outburst will be added as another article of impeachment.

Trump is an obscene, amoral pervert and his rabid, cult-like supporters can go fuck themselves.


No wonder he's the current GOP messiah. I'm sure as hell not going to "respect" them for this monster absurd early 19th Century political system foisted upon us. 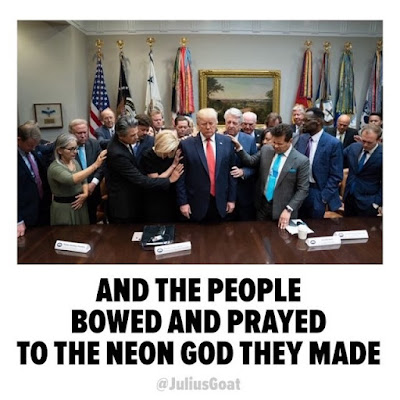 OK, enough of that. Turning to the weather … 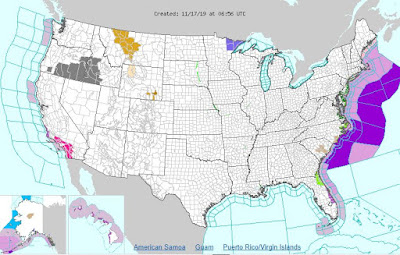 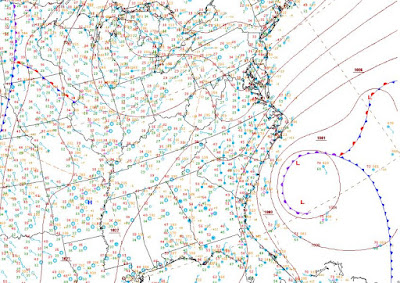 
It's a chilly, mostly cloudy night with a northerly gusty breeze. Air temp is around 35F. There is a big coastal storm off the North Carolina coast. Unfortunately, the low is going to remain too far offshore to bring any rainfall to the D.C. area.


The radar presentation suggests a hurricane offshore. It's not going to come bring any storminess -- just some clouds and breezes -- to the D.C. area. How come these goddamn coastal storms / nor'easters ALWAYS miss us? 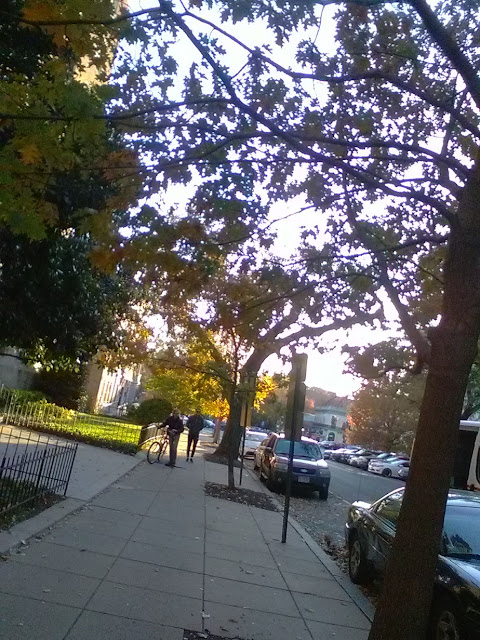 
OK, that's all for now. For tomorrow (or later today), I'm going to a coworker friend's event in Bethesda. It is a posthumous retirement party for her husband of 54 years, who passed away about two months ago. It is meant to be a festive event, or as festive as can be given the circumstances.
My next planned entry will be on Monday or Tuesday.
--Regulus
Posted by Regulus at 3:13 AM