Jukebox Saturday Night for Nov 9th, 2019: The More Than This, Come Sail Away, and Bluebirds Over Dover's White Cliffs Edition

OK, it has been three weeks since my last Jukebox Saturday Night edition, so let's have one tonight …
First up, a nice piece by a now-defunct English band …

"More Than This" by Roxy Music from the group's Avalon album (1982)
The lead singer here is Bryan Ferry. Now 74, he appears to be still going strong.


Next, we'll switch it up a bit higher with an energetic ballad from the 1970s …
"Come Sail Away" by Styx from the group's album The Grand Illusion (1977)
Now this song starts out slow but it kicks into high gear about half way through the 4 minute 28 second video.
As The Keeper of All Knowledge tells us:
"Come Sail Away" is a song by American progressive rock group Styx, written and sung by primary singer and songwriter Dennis DeYoung and featured on the band's seventh album The Grand Illusion (1977). 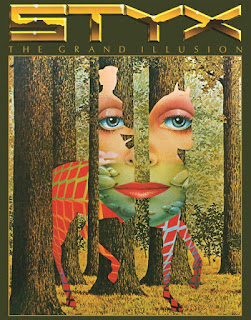 Upon its release as the lead single from the album, "Come Sail Away" charted at #8 in 1978 on the Billboard Hot 100, and helped The Grand Illusion achieve multi-platinum sales in 1978. It is one of the biggest hits of Styx's career.

The last (and only other time) I featured Styx in the "JbSN" series was in this April 2017 edition. 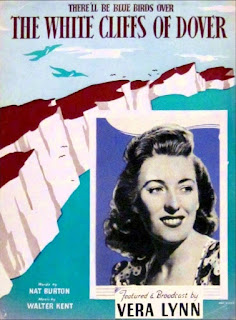 "(There'll Be Bluebirds Over) The White Cliffs of Dover" is a popular World War II song composed in 1941 by Walter Kent to lyrics by Nat Burton. Made famous in Vera Lynn's 1942 version, it was one of Lynn's best-known recordings and among the most popular World War II tunes.


The song was made most famous by Vera Lynn and sung to troops during the war. It was a top ten hit in America for Kate Smith in 1942, and Glenn Miller recorded a version in November 1941 … 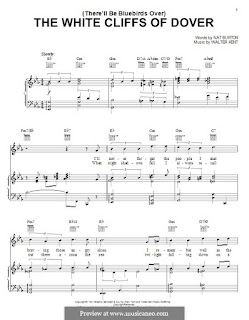 Jimmie Baker frequently performed it in Europe during the war, and the song was sung by the vocal group The King's Men on a 3 February 1942 episode of the "Fibber McGee and Molly" Show. Ray Eberle and Tex Beneke also included it in their repertoires.


To be clear, the song was written during Britain's "Darkest Hour" when the country alone was fighting the Nazis. 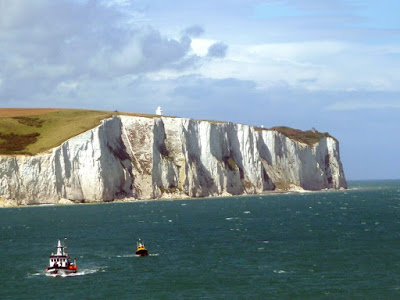 
OK, that's all for now. My next planned entry will be on Monday or Tuesday. Please see my previous entry for an update.
--Regulus
Posted by Regulus at 11:58 PM