Since we have crossed the threshold into the Christmas and Holiday season, I think it appropriate to dedicate this Jukebox Saturday Night Edition accordingly …
"I'll Be Home for Christmas" by Bing Crosby with John Scott Trotter and His Orchestra (1943)
As The Keeper of All Knowledge explains: 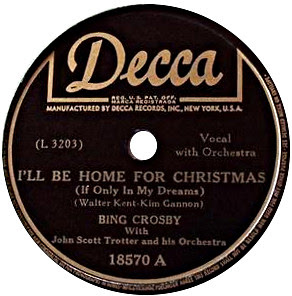 "I'll Be Home for Christmas" is a Christmas song written by the lyricist Kim Gannon and composer Walter Kent and recorded in 1943 by Bing Crosby, who scored a top ten hit with the song.


Originally written to honor soldiers overseas who longed to be home at Christmas time, "I'll Be Home for Christmas" has since gone on to become a Christmas standard.
It's really too bad Bing Crosby was such a horrible dick to his children and quite thoroughly fucked them up. 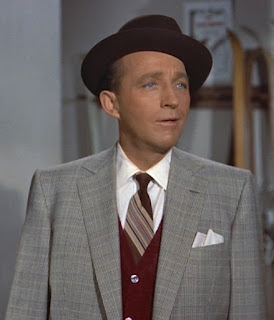 Funny thing is, I actually remember the day that Bing Crosby died -- except I was confused who he was and mistook him for Bill Cosby, who I knew via the Fat Albert and the Cosby Kids cartoon show. I was 7 and living in Long Branch, N.J., with my paternal grandparents and dad (my mom was in Belgium with Ray).


On the day he died, it was big news and everyone was making a fuss about it. However, my grandma said to me, "Who cares?? He was an old fart!" and I took big exception to that because I was confusing him with Bill Cosby, who I thought had died.
*******


Next, a Christmas song I've always loved …
"It's the Most Wonderful Time of the Year" as performed by Andy Williams on The Andy Williams Christmas Album (1963)
This is a nice live version from some long-ago Christmas special. It almost looks like a Lawrence Welk Show special.
Actually, this particular song is ready-made for parody versions -- and Chester and I have done just that. Our version is centered on the title: "It's the Hose-Baggiest Time of the Year" … 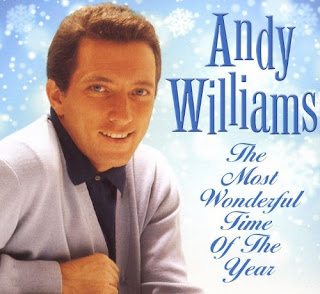 "There'll be hoses for bagging,
And big bagging for hosing
And hose-bagging out in the snow.
There'll be scary hose stories
And tales of the glories of
Hose bags long, long ago … "


Next up, since the world was, is, and shall forever be screwed up as long as humans dwell on this planet …
"Do They Know It's Christmas?" by the temporary British/Irish charity supergroup Band Aid (1984)
I'll refrain from posting any information about this song. Turning again to The Keeper Of All Knowledge, you can read about it here.
The lyrics definitely are not meant to make a fat, dumb American audience happy and feel good about itself -- not in 1984 and certainly not in a Trump voter in 2019.
******* 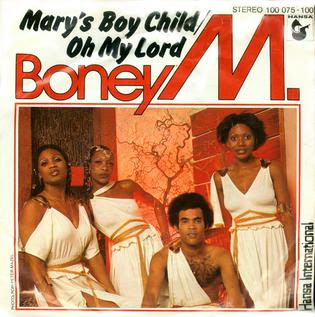 While this was a single, it was later included on the group's 1981 album named Christmas Album. The song is a variation of Jester Hairston's 1956 Mary's Boy Child, which was originally performed that year by Harry Belafonte.


I well remember Boney M. from when I visited my mom in the summer of 1979. 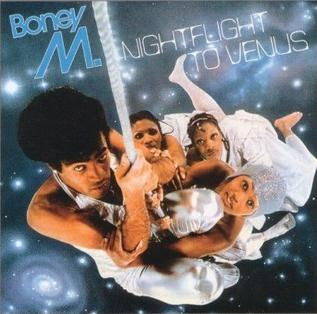 She had a copy of the group's album Nightflight to Venus, which included song of same name, as well as the group's most famous hits, Rivers of Babylon and Rasputin -- all of which made lasting impressions upon me.


Finally, we'll end with something that is more Saturday night upbeat while keeping with the Christmas holiday theme …
"Shake Up Christmas" by Train from the band's album Save Me, San Francisco (2009) and re-released on Christmas in Tahoe (2015)
Very nice song and video.


OK, that's all for now. My intention is to post an entry later tonight as a "Wee Hours Sunday" edition rather than to try to finish the entry I've partially composed as a "Saturday Evening Post" one …
--Regulus
Posted by Regulus at 11:47 PM