Washington in the World Series ...

OK, this is a somewhat strange entry …

The Washington Nationals swept the National League Championship Series (NLCS) in a four-game shut-out vs the St. Louis Cardinals. And now they are in the World Series against the Houston Astros -- who defeated the New York Yankees.


The "Nats" have now won two of the first two World Series games -- and the two teams are going to be here in D.C. on Friday, Saturday, and Sunday -- which means that the Nats have the chance of winning the World Series on a weekend. 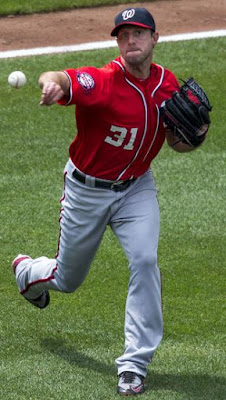 The last World Series win for Washington, D.C., was in 1924 when what was then called the Washington Senators (now called the Minnesota Twins) beat the New York (now the San Francisco) Giants …

And the last time they were in ANY World Series was in 1933.


Now, I'm a bit concerned the final BIG BLOW-OUT of a game might occur on a weekend night -- enough to let the city and its youthful population go nuts.
--Regulus
Posted by Regulus at 12:48 AM