"Any Way You Want It" by Journey from the group's album Departure (1980)
While the band is still active, Journey is for me one of those 1980s bands forever defined by its then-lyricist and all-around-amazing-singer Steve Perry. 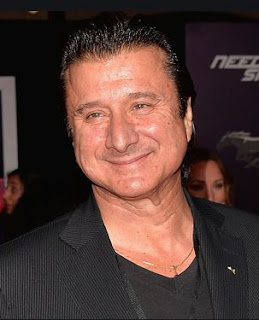 Perry was the lead singer from 1977 to 1987 and again between 1995 and 1998. Now 70, Perry is an only child -- born to Portuguese immigrant parents. Perry's website is here. His introduction message is poignant in that he explains why he "disappeared" and why he is now back making music again (to include his new release Traces).


Next, a song that I recall from the mid-to-late 1980s that I quite liked …
"Broken Wings" by Mr. Mister from the now-defunct band's album Welcome to the Real World (1985) 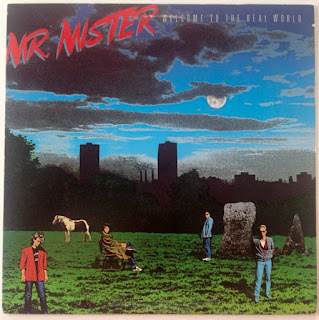 In particular, I liked the musical score of this powerful ballad, although I didn't quite grasp the lyrics. The name of the song may have been inspired by the 1912 novel Broken Wings by Kahlil Gibran.


Welcome to the Real World was the band's biggest commercial success.
*******


And we'll end with something more recent and, well, I guess Saturday night upbeat …
"Take Your Mama" by Scissor Sisters from the group's self-titled debut album (2004)
About Scissor Sisters, The Keeper of All Knowledge explains the group's name thusly:

"Scissor Sisters is an American pop/rock band formed in 2001. Forged in the "gay nightlife scene of New York", the band took its name from the female same-sex sexual activity tribadism."

There is a link on the term "tribadism" to a color illustration of said activity, which I will not feature on this blog. To that point, though, the band's logo is immediately recognizable.


I realize that Take Your Mama is a song about coming out to your parents as gay -- but the lyrics so do not speak to me in the slightest. This is a song for the self-styled A-Lister white gay male sort. Yes, I refer to the Shit Wade Fukagoogol sort. 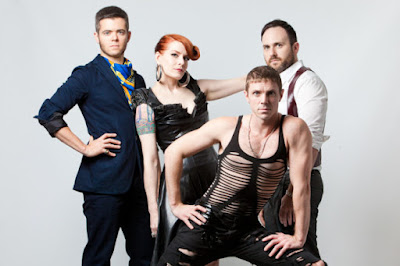 According to the band's lead lyricist and big homo Jake Shears in this interview, the success of Scissor Sisters' last hit song -- the oddly-named "Let's Have a Kiki" -- contributed to the semi-permanent hiatus of the band, although it has not formally disbanded.
OK, that's all for now. My intention is to post an update entry later tonight after I post this one -- rather than doing so beforehand.
--Regulus
Posted by Regulus at 10:25 PM