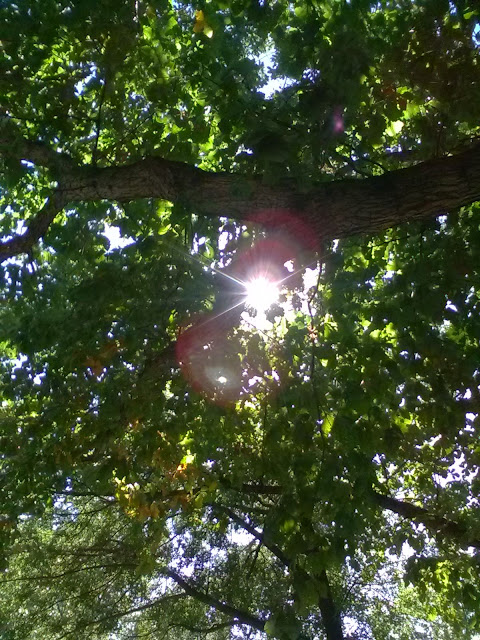 
Monday late night. Well, actually, wee hours Tuesday morning by the time I posted this entry.
I went to the gym earlier tonight after a busy day at work. I'm now home in my wee air-conditioned apartment watching the usual old school MeTV lineup -- when, that is, the digital reception isn't pixelated shit -- specifically, The Carol Burnett Show, Perry Mason, and The Twilight Zone. 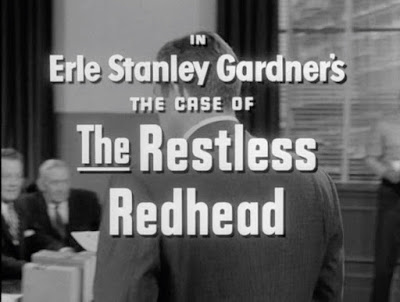 Of note, MeTV has cycled back to the beginning of the Perry Mason series. 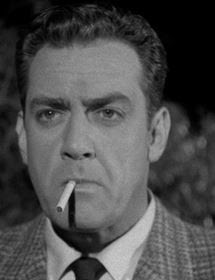 Specifically, tonight it is airing "The Case of the Restless Redhead" -- the premier (pilot?) episode, (episode 1, season 1) featuring the great Raymond Burr as the titular famed lawyer.

At the start of the series, Burr's character had yet to develop into that suave, unflappable, Zen-like intuitive, practically saint-like persona.


This episode originally aired Sept 21, 1957 -- so we are just days away from the 62nd anniversary of it.
God, they smoked a lot then. 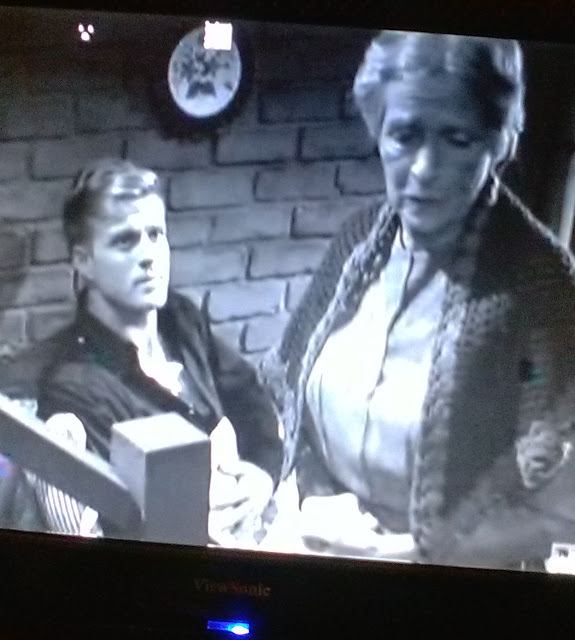 Also of note, The Twilight Zone (original series) episode is my favorite: "Nothing in the Dark." It stars and a very young Robert Redford (as "Mr. Death" pretending to be a badly wounded policeman, Harold Beldon) and the great English actress of stage, film, and television, Dame Gladys Constance Cooper as the elderly and terrified shut-in Wanda Dunn. 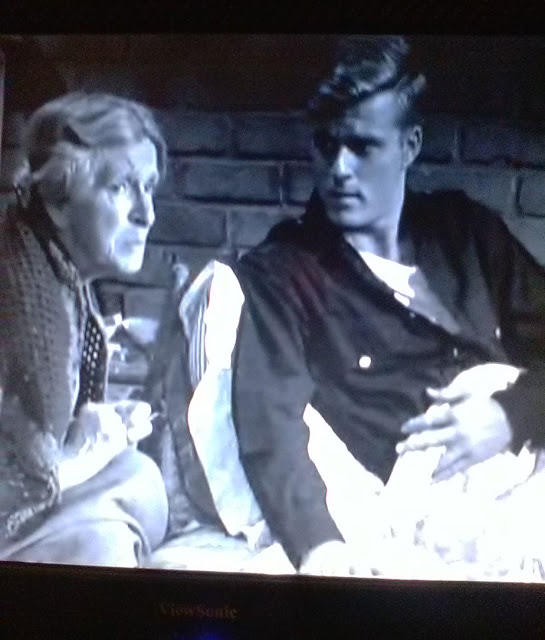 It's such a wonderful episode. I never get tired of watching it, especially the closing minutes. 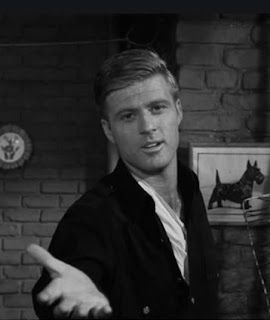 Mr. Death -- having dropped the guise of the gunshot wounded policeman -- calls her "mother," which I take to be a subtle nod to the fact that humans, from a teleological perspective of our very existence, give birth to Death. In the Christian theology, or at least Milton's Paradise Lost, Death is "born" via Satan and Sin.


Mr. Death says to her after he takes her hand: "You see? No shock. No engulfment. No tearing asunder. What you feared would come like an explosion is like a whisper. What you thought was the end, is the beginning." 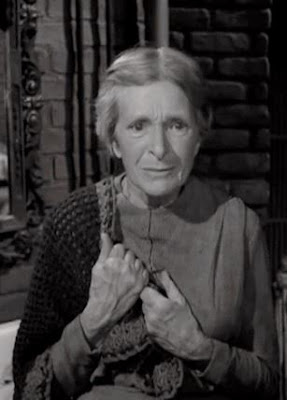 "There was an old woman who lived in a room. And, like all of us, was frightened of the dark. But who discovered in a minute last fragment of her life that there was nothing in the dark that wasn't there when the lights were on. Object lesson for the more frightened amongst us in, or out of, the Twilight Zone." 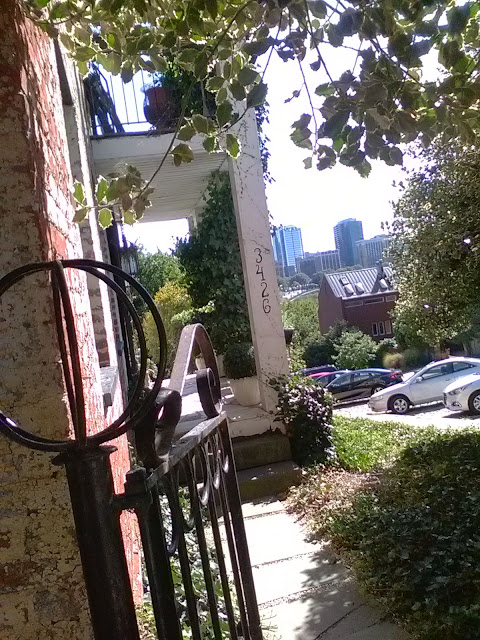 As a weather update …


It was another frickin' hot and rainless day with official KDCA high of 92F. We went from record rainfall to total dryness in the past eight weeks. 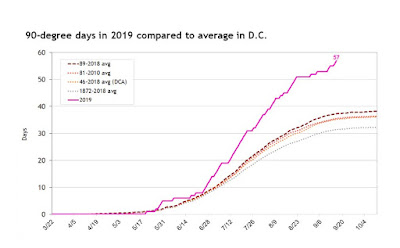 
The high temperature today (Monday) of 92F high made it the 57th daily occurrence this year of 90F or higher in D.C. 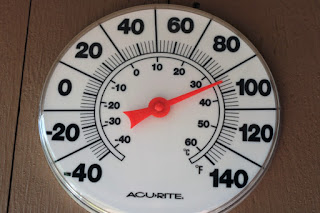 It's not quite clear on the chart, which comes from this Capital Weather Gang (CWG) entry.

To be clear, and based upon the current 1981 - 2010 thirty-year NWS average, the highest daily average temperature in Washington, D.C., is 89F, i.e., the daily average never quite reaches 90F.


I suspect that when the next thirty-year average comes out (base period 1991 - 2020), it will tick up to 90F.
Of note, also per the CWG (link embedded): The Northern Hemisphere just had its warmest summer on record. 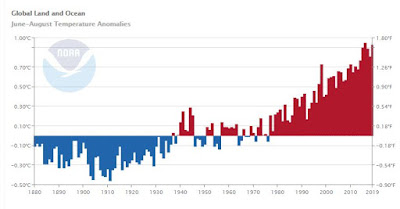 That is, it was the second warmest on record. The top six years for JJA have all been since 2014 (see 2014 - 2019 list above).
Our globally warmed and still-warming, human-infested-and-fucked-up, but otherwise beautiful planet continues to heat up. 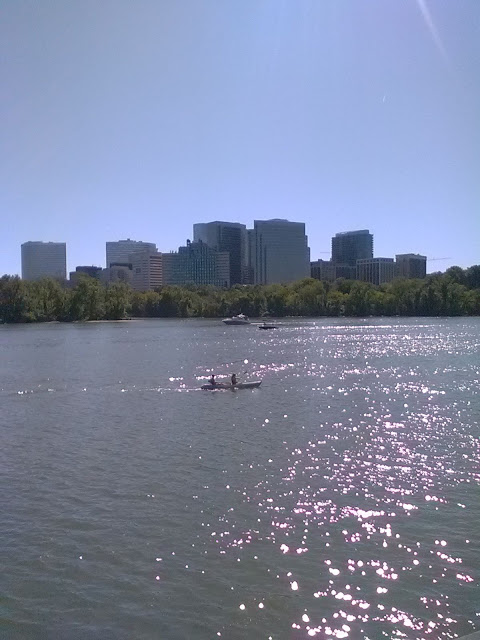 Paddle boarders and boats on the Potomac River, sparkling in the sunshine, backdropped with Rosslyn and Theodore Roosevelt Island, 3:15 p.m. Sept 15, 2019
*******


OK, I'm going to send this entry. My plan was post one more entry tonight -- a reposting of a Peter Wehner column interspersed with topically-unrelated pictures -- but it's too late for that, so I'll try tomorrow.
--Regulus
Posted by Regulus at 2:24 AM