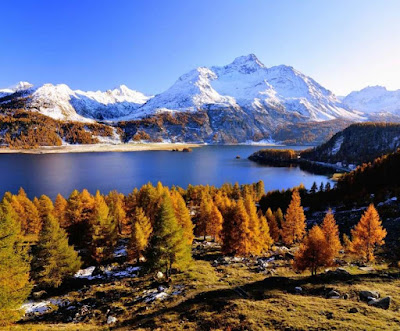 
Today (Well, yesterday now) was a shit day for multiple reasons -- to include work-related issue involving elements of the client that I support that will probably have some follow-through ramifications. No, it's not my fault but I won't be spoken to in such a fashion, and I will let it be known, as necessary, to my supervisor chain-of-command … 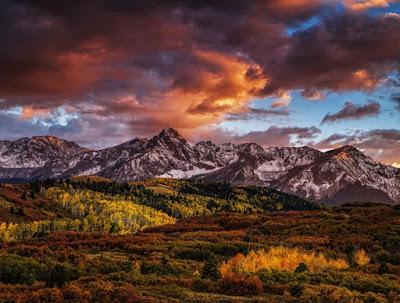 Tonight, I met this guy, Ed, I met at Old Ebbitt Grill back in, I think, April. He lives in the Bay area and is again in D.C. on business. We went to Logan Tavern, which was a big mistake. The service at the bar area consistently sucks. The place is too loud. And it never gets anywhere near it's promise. 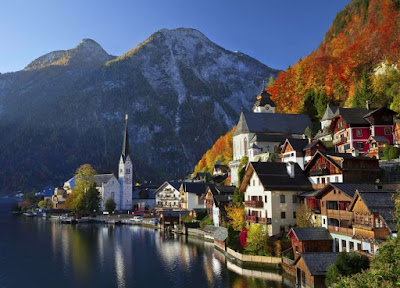 I hadn't been there in at least 18 months -- and I doubt I will be again for at least that long. As for the bartenders, Millennials as a generational cohort may have some superior characteristics to the goddamn Baby Boomers, but in the service industry, they just suck. And it's worse here in D.C. for a variety of reasons that I don't want to get into now. 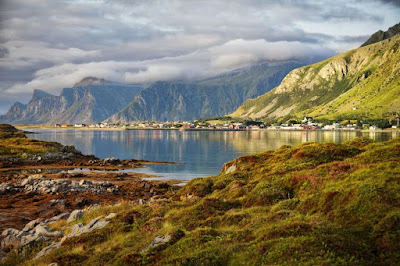 The weather was nice today in that it was pleasant -- not disgustingly hot -- with a high of 76F at KDCA, 74F at KIAD, and 73F at KBWI. Tonight is almost borderline cool here in D.C. with lows forecasted around 54F in the city. 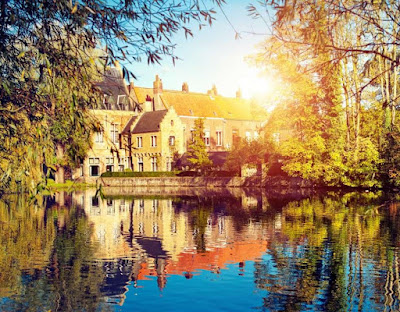 However, a return to hottish weather is forecasted by the weekend -- zilch in the way of rainfall for the next week or two, maybe longer. And, I suspect, there will be more 90F weather in the next few weeks. As for whatever goddamn tropical cyclones have formed out in the Atlantic, they all "safely" miss the U.S. East Coast. 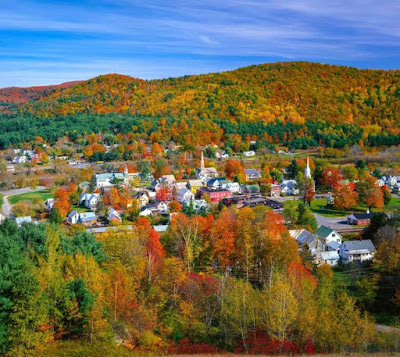 
There was a flooding rainfall in the Houston area from what had been Tropical Storm Imelda, but that moisture isn't coming up this way. As for Texas, climate change can turn its coastal margins, especially the Houston area, into a shallow sea for all I care. Ditto all the lower low-lying parts of all those Red Southern States. 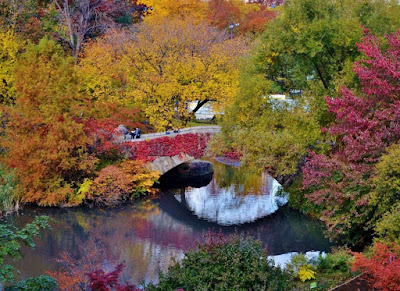 Anyway, for this entry, I would like to repost in full Peter Wehner's Sept 9, 2019 piece in The Atlantic on Trump's mental illness and the need to accept that reality. I am breaking up the text with lovely fall pictures that I came across in his MSN photo-montage (link embedded): The most popular destinations for fall travel.
They are posted in no particular order. Except in a few instances, I'm not captioning the images (except for the lead one) but if you are curious of any of them, click on / download the pictures as the file names contain place information. 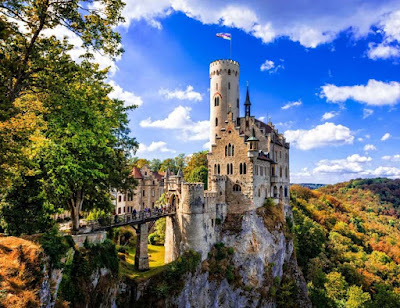 Before continuing, let me also say that I am going to avoid the latest explosive latest, explosive Trump scandal -- the sort of happening that would have ended any previous American presidency, but that doesn't end this syphilitic, treasonous, anti-social personality-disordered SOB's reign of error because the GOP has a hammerlock on the national government's machinery and levers of power. 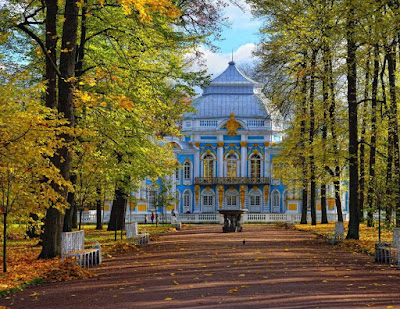 This scandal gets into a big national security matter involving, it appears, Ukraine and Russia (yeah, big surprise) and possibly trying to get dirt on Joe Biden. This was followed by a breathtakingly brazen violation of a clear-cut legal statute involving DNI, thuggish DOJ (read: Bill Barr) interference, and a wholly impotent House Democratic leadership -- all while more fecal matter comes out of "Moscow Mitch's" colon. As for Fox News, it hasn't come up with the GOP Party Line, but that'll be done by tomorrow. 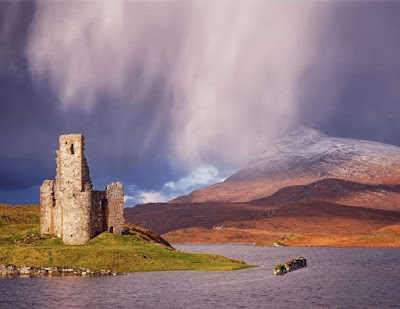 Anyway, below is the Peter Wehner piece -- without the inline embedded links. For those, see the original source (linked below).
--Regulus 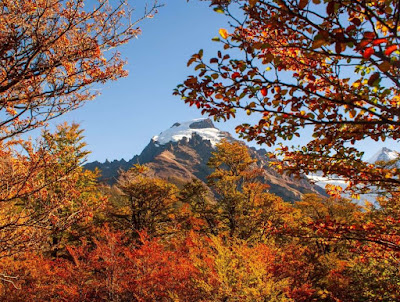 Trump Is Not Well


Accepting the reality about the president’s disordered personality is important -- even essential.
Septmber 9, 2019
Peter Wehner
The Atlantic
Original source here. 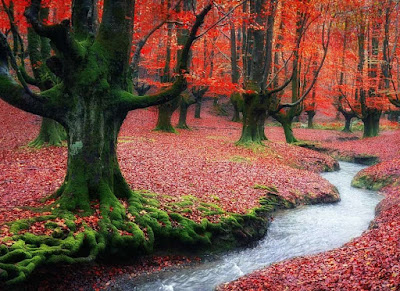 During the 2016 campaign, I received a phone call from an influential political journalist and author, who was soliciting my thoughts on Donald Trump. Trump’s rise in the Republican Party was still something of a shock, and he wanted to know the things I felt he should keep in mind as he went about the task of covering Trump. 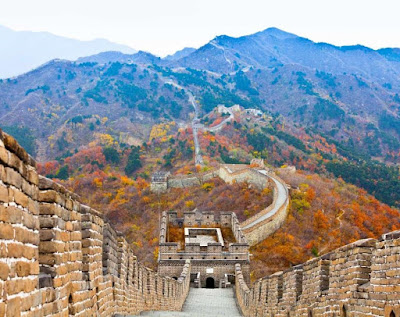 At the top of my list: Talk to psychologists and psychiatrists about the state of Trump’s mental health, since I considered that to be the most important thing when it came to understanding him. It was Trump’s Rosetta stone. 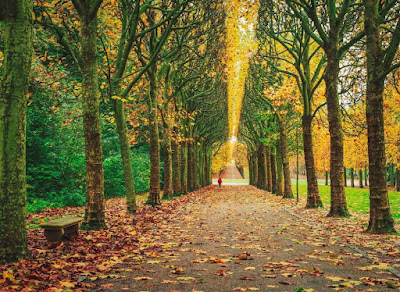 I wasn’t shy about making the same case publicly. During a July 14, 2016, appearance on C-SPAN’s Washington Journal, for example, I responded to a pro-Trump caller who was upset that I opposed Trump despite my having been a Republican for my entire adult life and having served in the Reagan and George H. W. Bush administrations and the George W. Bush White House. 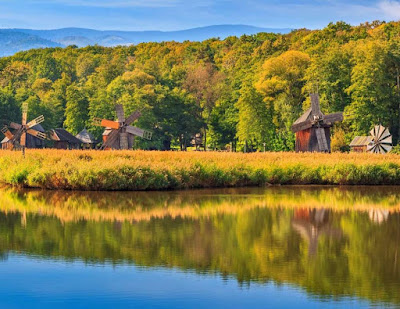 “I don’t oppose Mr. Trump because I think he’s going to lose to Hillary Clinton,” I told Ben from Purcellville, Virginia. “I think he will, but as I said, he may well win. My opposition to him is based on something completely different, which is, first, I think he is temperamentally unfit to be president." 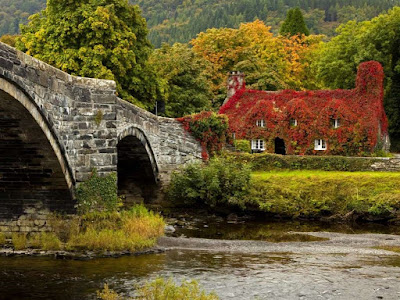 "I think he’s erratic, I think he’s unprincipled, I think he’s unstable, and I think that he has a personality disorder; I think he’s obsessive. And at the end of the day, having served in the White House for seven years in three administrations and worked for three presidents, one closely, and read a lot of history, I think the main requirement for president of the United States … is temperament, and disposition … whether you have wisdom and judgment and prudence.”
That statement has been validated. 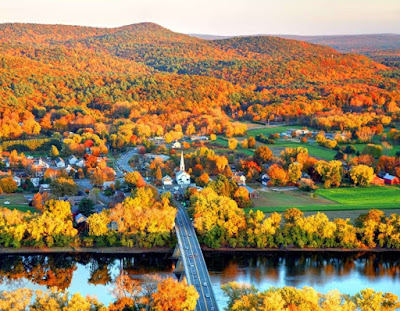 Donald Trump’s disordered personality -- his unhealthy patterns of thinking, functioning, and behaving -- has become the defining characteristic of his presidency. It manifests itself in multiple ways: his extreme narcissism; his addiction to lying about things large and small, including his finances and bullying and silencing those who could expose them; his detachment from reality, including denying things he said even when there is video evidence to the contrary; his affinity for conspiracy theories; his demand for total loyalty from others while showing none to others; and his self-aggrandizement and petty cheating. 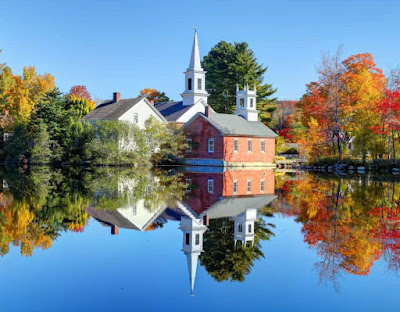 It manifests itself in Trump’s impulsiveness and vindictiveness; his craving for adulation; his misogyny, predatory sexual behavior, and sexualization of his daughters; his open admiration for brutal dictators; his remorselessness; and his lack of empathy and sympathy, including attacking a family whose son died while fighting for this country, mocking a reporter with a disability, and ridiculing a former POW. (When asked about Trump’s feelings for his fellow human beings, Trump’s mentor, the notorious lawyer Roy Cohn, reportedly said, “He pisses ice water.”) 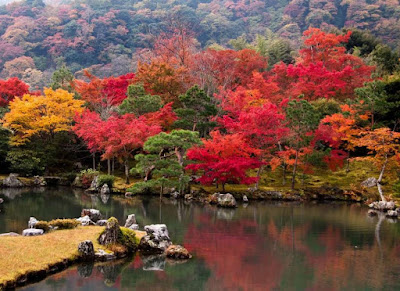 The most recent example is the president’s bizarre fixation on falsely insisting that he was correct to warn that Alabama faced a major risk from Hurricane Dorian, to the point that he doctored a hurricane map with a black Sharpie to include the state as being in the path of the storm.
“He’s deteriorating in plain sight,” one Republican strategist who is in frequent contact with the White House told Business Insider on Friday. Asked why the president was obsessed with Alabama instead of the states that would actually be affected by the storm, the strategist said, “You should ask a psychiatrist about that; I’m not sure I’m qualified to comment.” 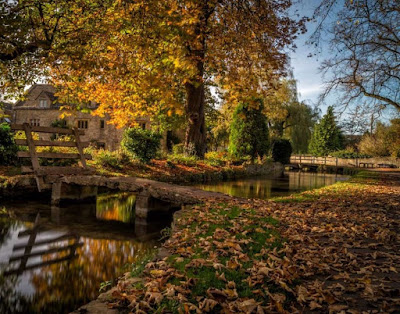 We have repeatedly heard versions of that sentiment over the course of Trump’s presidency. It’s said that speculating on Trump’s mental health is inappropriate and unwise, especially for those who are not formally trained in the field of psychiatry or psychology.
That’s true, up to a point. Yes, it is best to leave it to experts to determine whether Trump satisfies the criteria for a clinical diagnosis of antisocial personality disorder, narcissistic personality disorder, some combination of both, or nothing at all. 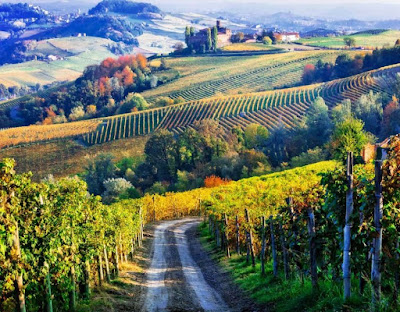 But if a clinical diagnosis is beyond my own expertise, Trump’s psychological impairments are obvious to all who are not willfully blind. On a daily basis we see the president’s chaotic, unstable mind on display. Are we supposed to ignore that? 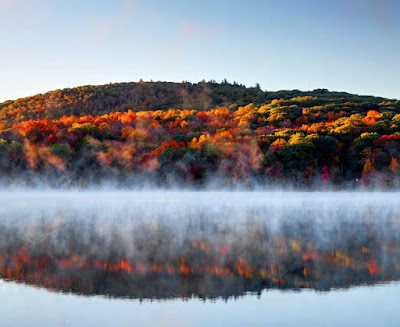 An analogy may be helpful here. If smoke is coming out from under the hood of your car, if you notice puddles of oil under it, if the engine is overheating and you smell burning oil, you don’t have to be a car mechanic to know that something is wrong with your car. 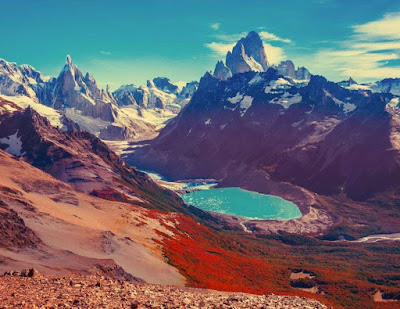 Los Glaciares National Park, Patagonia, Argentina - Chile to include the same peaks as in the above image
Again -- totally alien planet like. In fact, it looks like a Star Trek: TOS hand-drawn and painted set of some other "Class M" world.
*******


Accepting the reality about Trump’s disordered personality is important and even essential. For one thing, it will help us to better react to Trump’s freak show.
Even now, almost a thousand days into his presidency, the latest Trump outrage elicits shock and disbelief in people. The reaction is, “Can you believe he said that and did this?” 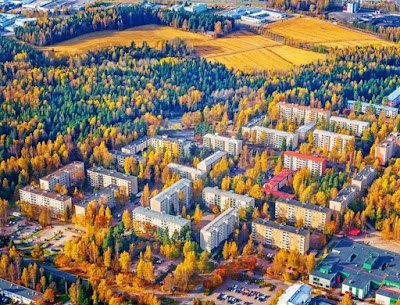 To which my response is, “Why are you surprised?” It’s a shock only if the assumption is that we’re dealing with a psychologically normal human being. We’re not. Trump is profoundly compromised, acting just as you would imagine a person with a disordered personality would. Many Americans haven’t yet come to terms with the fact that we elected as president a man who is deeply damaged, an emotional misfit. But it would be helpful if they did. 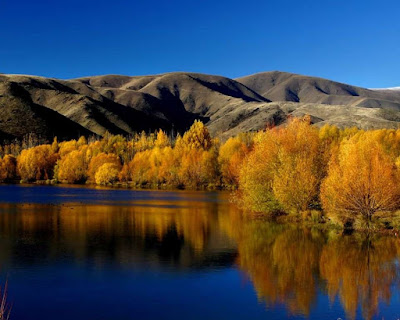 Among other things, it would keep us feeling less startled and disoriented, less in a state of constant agitation, less susceptible to provocations. Donald Trump thrives on creating chaos, on gaslighting us, on creating antipathy among Americans, on keeping people on edge and off balance. He wants to dominate our every waking hour. We ought not grant him that power over us. 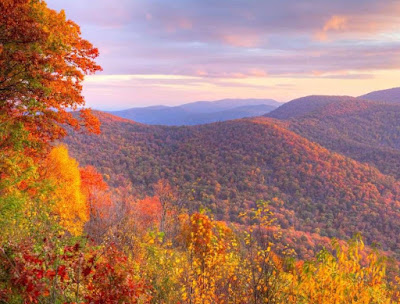 It might also take some of the edge off the hatred many people feel for Trump. Seeing him for what he is—a terribly damaged soul, a broken man, a person with a disordered mind—should not lessen our revulsion at how Trump mistreats others, at his cruelty and dehumanizing actions. Nor should it weaken our resolve to stand up to it. It does complicate the picture just a bit, though, eliciting some pity and sorrow for Trump. 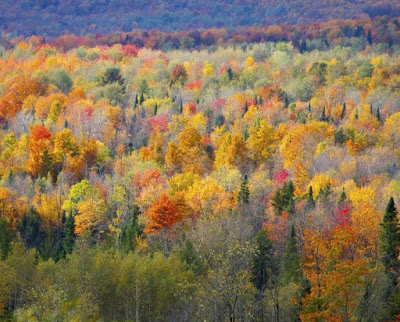 But above all, accepting the truth about Trump’s mental state will cause us to take more seriously than we have our democratic duty, which is to prevent a psychologically and morally unfit person from becoming president. 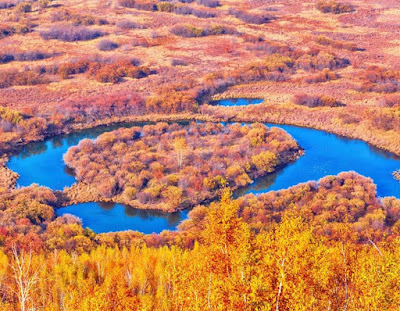 The office is too powerful, and the consequences are too dangerous, to allow a person to become president who views morality only through the prism of whether an action advances his own narrow interests, his own distorted desires, his own twisted impulses. When an individual comes to believe his interests and those of the nation he leads are one and the same, it opens the door to all sorts of moral and constitutional devilry. 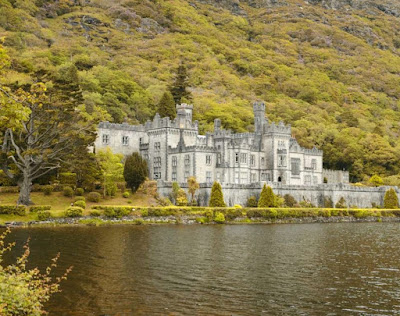 Whether or not his disorders are diagnosable, the president’s psychological flaws are all too apparent. They were alarming when he took the oath of office; they are worse now. Every day Donald Trump is president is a day of disgrace. And a day of danger. PETER WEHNER is a contributing writer at The Atlantic and a senior fellow at the Ethics and Public Policy Center. He writes widely on political, cultural, religious, and national-security issues, and he is the author of The Death of Politics: How to Heal Our Frayed Republic After Trump.
*******
Posted by Regulus at 1:58 AM