Thursday Night Entry Delayed, Not Denied, To Friday Sight and, Yes, Mad Emperor Trump, We Have No (Melting) Greenland For Sale 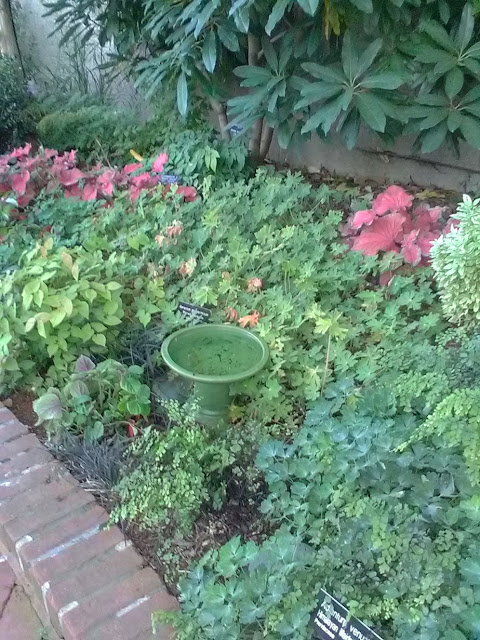 
Sigh. Thursday night.
I'm home now watching the MeTV lineup after a good, multi-part gym workout.
The Carol Burnett Show episode featured as guest stars Tim Conway -- this was before he joined the show as a regular -- and "Mama" Cass Elliot. 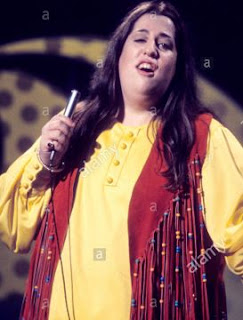 I didn't realize that Cass Elliot was on The Carol Burnett Show on so many occasions -- and almost always in some character that exaggerated and made light of her weight.

And, no, she didn't choke to death on a ham sandwich. She died of a heart attack. Amazingly talented but troubled, but she didn't gorge / choke herself to death. 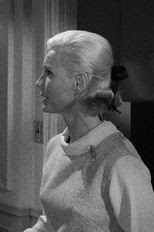 The Perry Mason episode was "The Case of the Wrathful Wraith" with Marian McCargo Bell as "Mrs. Selff." This episode -- which I did not see during MeTV's previous run-through of the Perry Mason series that ended nearly exactly one year ago (judging by this entry) -- is a particularly convoluted one that has more in common with a murder-thriller, sort of like that Elizabeth Taylor movie Night Watch.


As for this entry, I would like to write another environmental-themed entry concerning this summer's extraordinary warmth and resulting melt season in Greenland and across the Arctic. 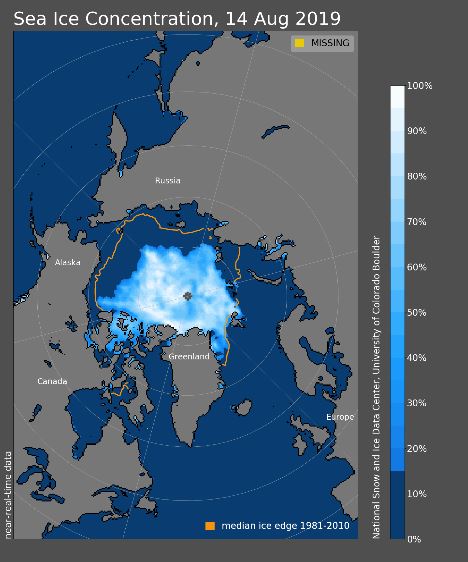 
However, it's such a big topic, one requiring so much detail -- practically requiring me to repost-in-full various Washington Post Capital Weather Gang entries and information from the National Snow & Ice Data Center (NSIDC) showing the relentless decrease in Arctic sea ice extent this season paralleling the previous record low year of 2012. 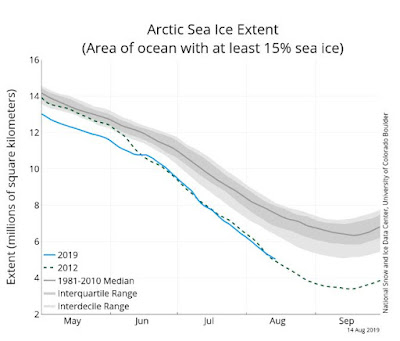 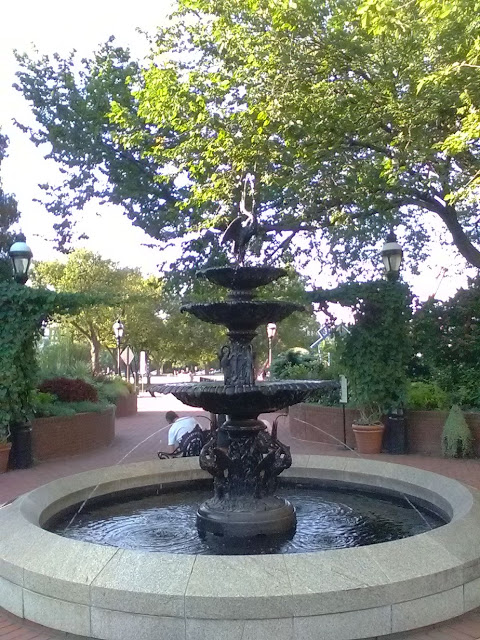 
Then there is this Washington Post article and its related one -- one that was featured front page of the print edition the other day -- on climate change in the United States to include places that have already exceeded the 2C warming threshold since 1895.
This is the main image: 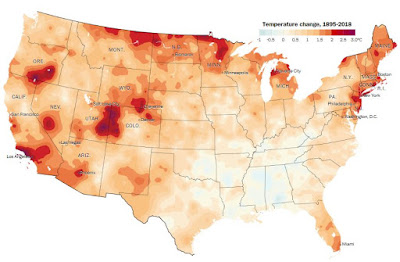 
It's all too much to write right now given the late hour and my desire to go to bed now.
I will say that the Washington Post has been doing an excellent job on environmental and climate change stories of late -- putting itself up there with the New York Times in terms of the best daily periodicals. 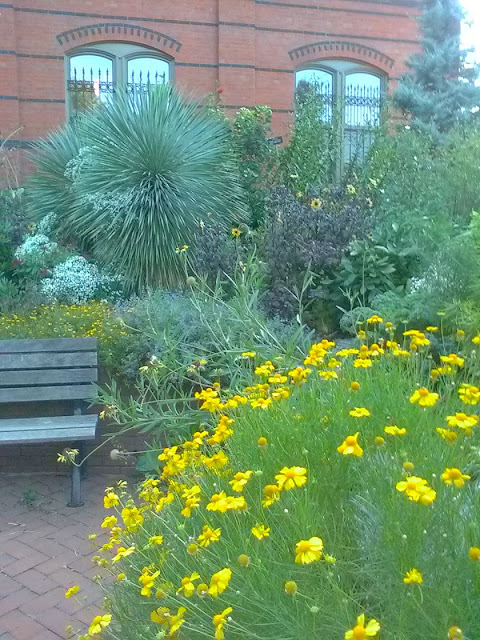 
Like everything in the degenerate Age of Trump, certain institutions and organizations -- not to mention many individuals -- have rallied in notable and noble ways. 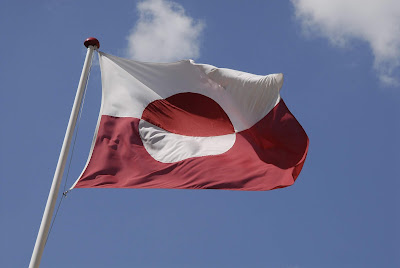 As an update before I even post this entry, I'll just touch upon Trump's idea of "buying" Greenland from Denmark -- something he couldn't do even if the Earth-raping, rapacious, racist/fascist oligarchs around him tried their grotesque hardest. 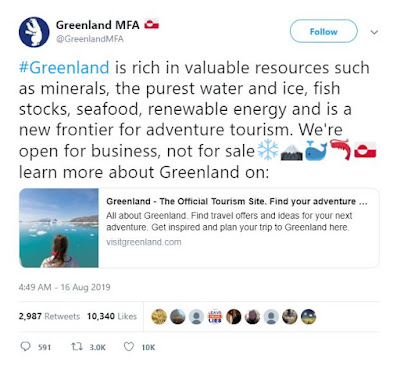 
This story, however, received LOTS of play today both domestically and internationally -- including, needless to say, in Greenland and Denmark.
Some stories … 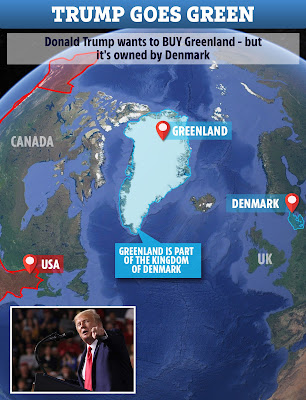 New York Times: 'Greenland Is Not for Sale': Trump's Talk of a Purchase Draws Derision

Washington Post:
'Not for sale:' How Greenland and Denmark are reacting to Trump's apparent interest 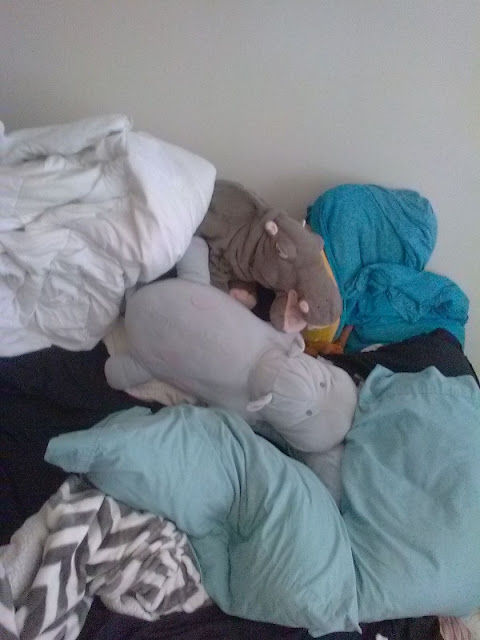 My plush baby hippos, Flippo and Harvey, the plushapotamostestest hippos
*******


OK, that's all for now. I need to sign off. It's Friday night -- and I am home after having gone to two places earlier tonight. I'm just watching my usual late night TV. I may go back out to a nearby bar for a quick drink. Or not. I will try to update this blog at least once and maybe twice this weekend.
--Regulus
Posted by Regulus at 11:54 PM