Something Cool and Borrowed; Something Old and Enjoyable, and Something er, Someone Even Older -OR- Shepherd's Park Pie with D.C. Street Grid à la Mode 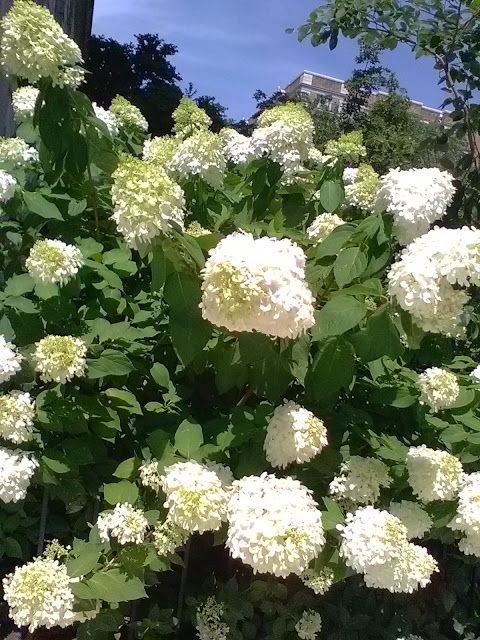 Home tonight in my now nicely-air conditioned wee efficiency on a warm, humid summer's night in Washington, D.C., and watching my late night returns of MeTV of the world of television from the 1960s (Perry Mason) through the 1970s (The Carol Burnett Show) and into the 1980s (The New Twilight Zone).

My little place is now well-air conditioned as I was able to get a new used window air conditioner installed that replaces my previous, non-functioning one. It's both used one and borrowed in that it really belongs to the building. The building maintenance man put it in for me -- after the building site manager OK'd giving it to me.

She said she had a spare a/c lying around in the basement.


Whatever the case, I gave the maintenance guy $80 not just for installing it but also for agreeing to cart away my previous one.
Oddly enough, since I got the new used air conditioner, my digital antenna reception is vastly improved, although I think that's just happenstance.
As for the MeTV line up, tonight's Perry Mason episode ("The Case Of The Blonde Bonanza") was quite an emotionally intense one buy the standards of early-to-mid-1960s television. 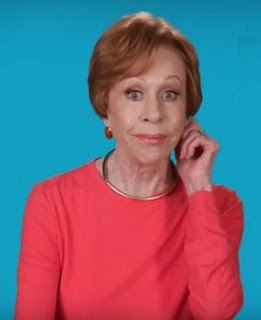 As for The Carol Burnett Show, I'm really happy that MeTV has been showing these late 1960s and early 1970s episodes -- rather than the mid-to-late is 1970s ones repacked as Carol Burnett & Friends -- as they are like a whole new show with great guests and some funny skits.


These include characters that the show would not do by even by the late 1970s. Of course, that period gave us "The Family" skit. 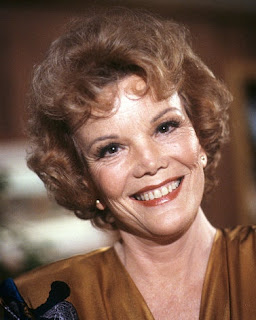 Lucille Ball and Nanette Fabray make a number of very good appearances as guests stars. Burnett was, of course, close friends with Ball. As for Fabray, she passed away in February 2018 at age 97. Somehow, I missed news of her death.


The current (New) Twilight Zone episode is "The Last Defender of Camelot" and guest stars Richard Kiley as modern-day Lancelot while Norman Lloyd is the Wizard Merlin. 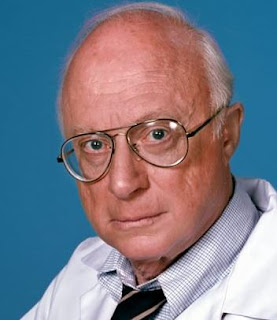 By the way, speaking of old actors, according to Wikipedia, Norman Lloyd is still alive -- at 104 years of age. Wow. The oldest known living famous actor, he's older than the two other famous still-living centenarian actors: Kirk Douglas, 102, and Olivia de Havilland, who turned 103 on July 1st. Again, wow. Impressive.


Above: Norman Lloyd as Dr. Daniel Auschlander in "St. Elsewhere."
Here is a more recent picture of Norman Lloyd from Oct 2018 -- just before his 104th birthday -- receiving his very well-earned SAG-AFTRA Founders Award: 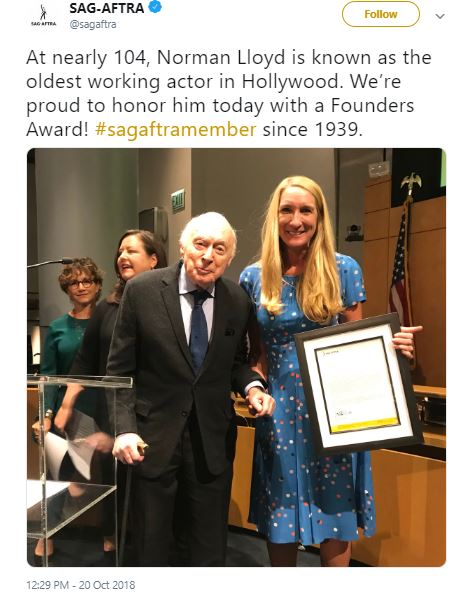 Awesome.
Of note, The New Twilight Zone episode "Red Snow" is quite good, and I enjoyed "I of Newton" (the latter with Sherman Hemsley and Ron Glass). 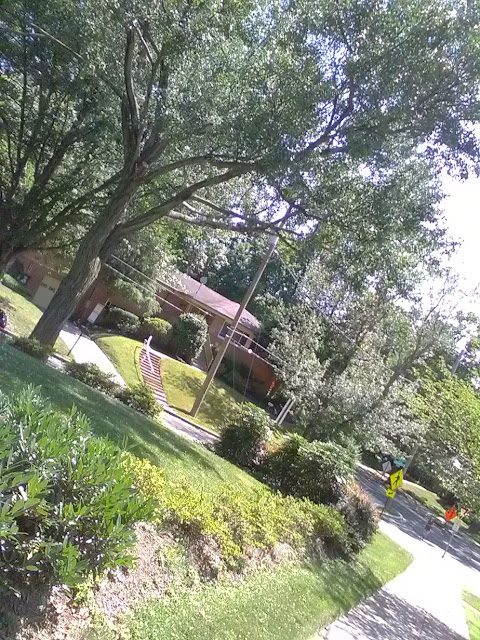 Residential street view, Shepherd Park, Washington, D.C., 3:29 p.m. June 23, 2019
This is where Leegate Road intersects 14th Street NW at an oblique angle -- and forms a tiny, as-far-as-I-know unnamed traffic circle. For its part, 14th Street has a very odd orientation in this part of D.C. (and should really be 15th Street NW south of that traffic circle).
This picture and the three below are just meant to breakup the text -- and feature some images I took last month while walking from Silver Spring (whence I had taken the Metro) to Raphael's place in Petworth (and thence back to my place).
******* 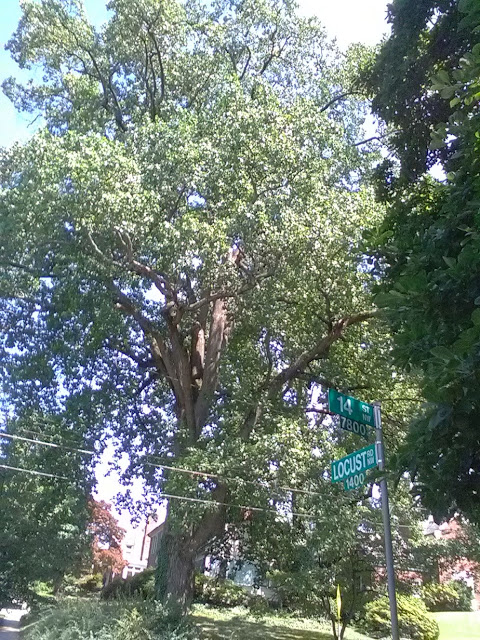 A ginormous tree growing at the corner of Locust and 14th Streets NW, Washington, D.C., 3:31 p.m. June 23, 2019
Crash Course in the Street Grid System of the District of Columbia …
Locust is the "L" street in the "fourth" alphabet of the D.C. east-west street system -- with trees and shrubs rather than letters (first alphabet skipping J, X, Y, and Z), two-syllable names (second alphabet skipping J, X, Y, and Z), or three-syllables (third alphabet, skipping X, Y, and Z). [The previous one, Leegate, is an "exception" street, as implied by the "road" part.] 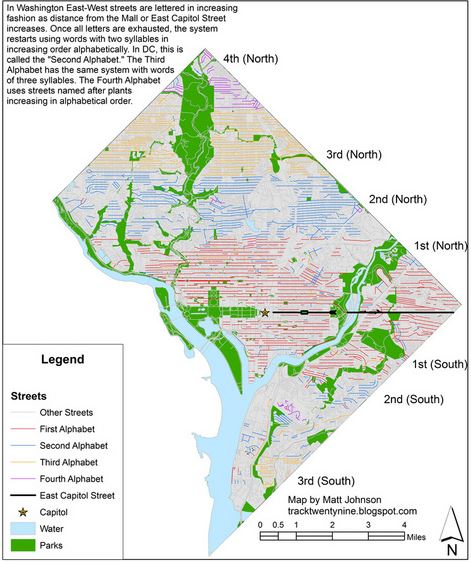 East-west street alphabet systems for Washington, D.C. streets; Source: Matt Johnson
The 1400 block NW tells you that you are 14 blocks west of the Capitol building and 7800 block (hence the fourth alphabet "L" street) 78 blocks north of the Capitol building. How? Because 22+22+23+12 = 79 but minus 1, since this was on the southside of Locust street = 78 blocks, hence the 7800 block. 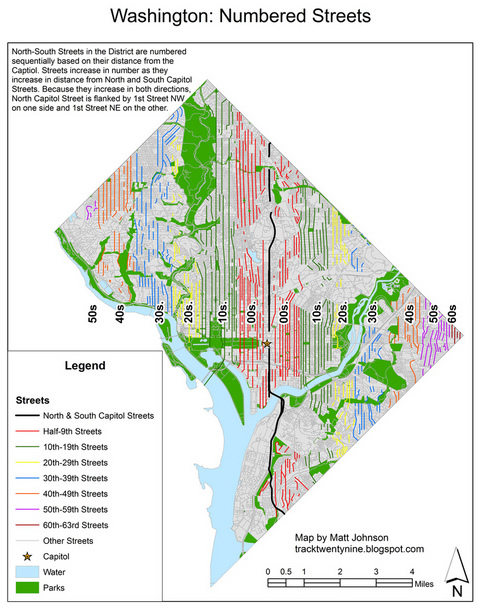 North-south numbering system for Washington, D.C., streets; Source: Matt Johnson
Going north, you get up to Verbena Street NE. Going south, the District ends at, I believe, Joliet Street St SE. The highest numbered address in the District of Columbia is 8500 East Beach Drive NW -- and it is located right next to 1799 Verbena Street NW (right near the North Cornerstone).
Some street names continue into the Maryland suburbs -- such as the three-syllable streets into Hyattsville -- but mostly it does not. However, the numbering system goes well into the Maryland suburbs. Arlington is on a separate grid.
Ain't that great?? Somebody put all that thought into it -- a long time ago.
******* 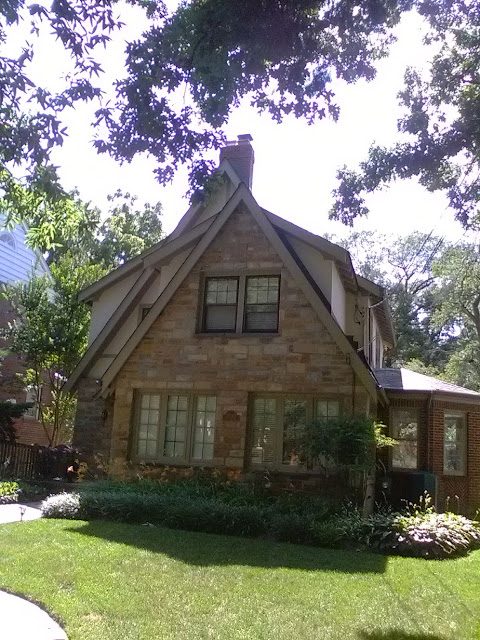 
As a brief update, I went to the gym earlier tonight after having gone last night. I also went on Sunday afternoon. I'm trying to live a bit more righteously following last Thursday's (July 4th) near-disaster (and not more than half my fault). 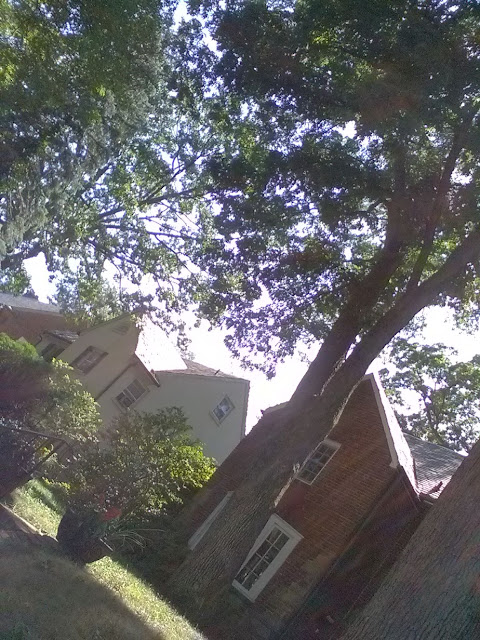 
For tomorrow, I'm going to try after work that Thursday evening jazz "pop social" event in my building at L'Enfant Plaza.
OK, that's all for now. I'm going to bed. And it's so much nicer to sleep now with the a/c.
--Regulus
Posted by Regulus at 2:02 AM