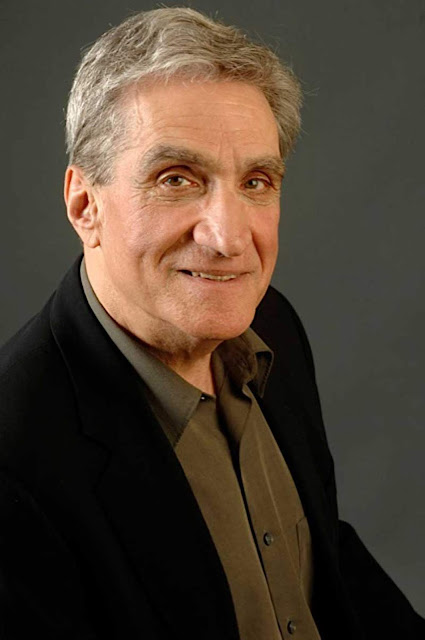 This is a bitchy entry involving Robert Pinsky.
In case you don't know who is Robert Pinsky, I turn things over to The Keeper of All Knowledge to introduce you to him (it's as good a short summation as any):
Robert Pinsky (born October 20, 1940) is an American poet, essayist, literary critic, and translator. 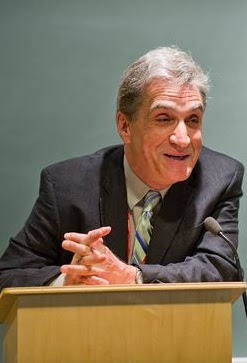 From 1997 to 2000, he served as Poet Laureate Consultant in Poetry to the Library of Congress. Pinsky is the author of nineteen books, most of which are collections of his poetry. His published work also includes critically acclaimed translations, including "The Inferno" of Dante Alighieri and "The Separate Notebooks" by Czesław Miłosz. He teaches at Boston University.


In case you were wondering (and you weren't): "Poet Laureate Consultant in Poetry to the Library of Congress" is more commonly referred to as the "Poet Laureate of the United States." 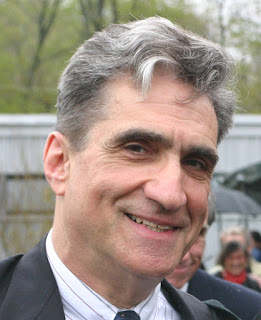 Pinsky -- I'm sorry, Poetical Professor Pinsky -- is from my hometown of Long Branch, New Jersey. He also went to the same high school as my dad, even graduating with the same cohort: Long Branch High School Class of 1958. (My dad went to the 50th reunion back in Sept 2008, but he skipped the recent 60th one.


I can't really blame him: At that point, it's all walkers, oxygen tanks, hernia trusses, MedicAlert bracelets, and dinner at 4 p.m. That's just not who he is.) 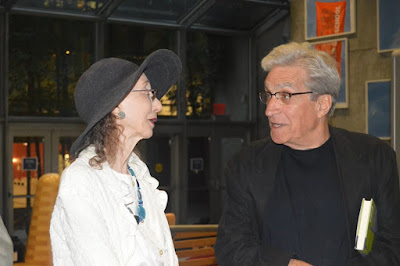 To clarify, I'm fairly sure Pinsky was also in the Class of '58. He is three months older than my father, so it is possible he was in the Class of '57. Regardless, my dad and him knew each other -- but they were not friends. Pinsky was part of the Jewish contingent that lived in Long Branch. My father was part of the Italian crowd.
There was also a black population, but I don't know if they were even integrated at the time into the school system. (The big Hispanic influx had yet to happen.) 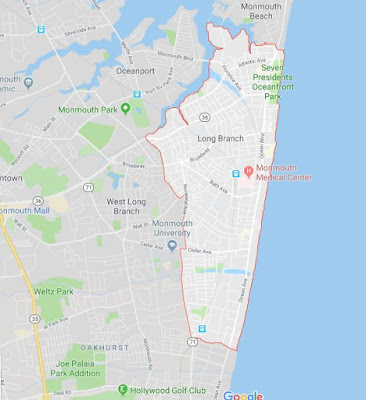 In many cases, being a "superintendent" in New Jersey is actually not immediately a big professional deal, unlike in county-based school systems (or whatever larger aggregation there is such as the Texas "Independent School District" model). (And I'm not even taking into account charter schools -- those didn't really exist when I was in K-12, and so I tend to ignore them.) 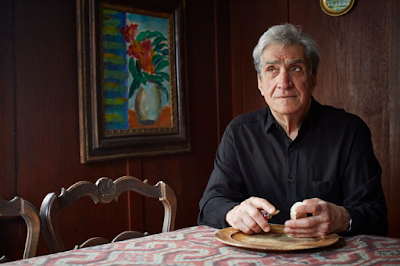 
I can tell you that as a child in Long Branch in the 1970s, it used to be agonizing wait to hear on the radio if my school in Elberon (a section of Long Branch) was closed during one of those snowy winters way back then. (That school has since been replaced by this much larger one -- and with a name I never heard way back when. Then, it was just Elberon Public School.)
But I'm really digressing. Back to the matter at hand … 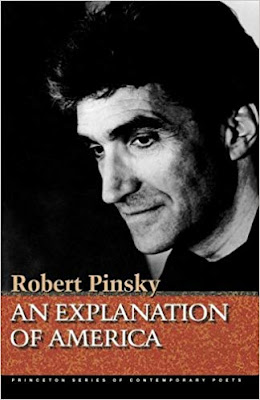 When Professor Pinsky became U.S. Poet Laureate (in 1997), he was picked up by the PBS NewsHour for occasional poetry reading segments to spout vaporous bromides for its viewers -- a group coterminous with the NPR crowd and both a subset of the Washington Consensus and its Neoliberal World Order.

An Explanation of America: Nothing too pretentious there.


The late 1990s was, of course, the heyday of the Washington Consensus -- and it helped produce the counterreaction of Trumpian degeneracy, but let's not get on THAT topic). 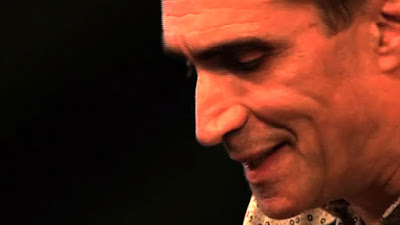 At the time, my father was a regular NewsHour viewer as was I. (Today, he's a Fox News/talk radio-listening Trump voter and proud supporter living in Florida. In frickin' Florida. But, again, I digress.) 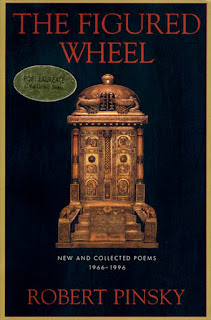 So, when my dad told me he knew Pinsky -- and that they knew someone in common about whom my dad wrote his own poem -- I did what I did back then and thought was so great: Find Pinsky's email and email him. Remember this was the "Dawn of the Internet" when all that "techno-glibertarian" bullshit about the virtual paradise it would create was still everywhere. And, of course, I was in or around multiple grad school stints.


Anyway, Poetical Professor Pinsky responded quickly enough. Some with a "friendly greetings to your father." 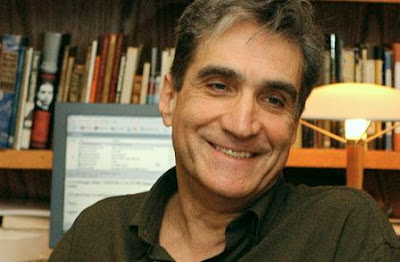 At this point, I can't recall -- it was 22+ years ago -- whether I just emailed him a request to send him the poem or if I in sent something.
Just FYI, the subject of the poem was either some mentally slow person and/or someone who had a popular connection in 1950s Long Branch. I honestly don't recall -- I just know that they both knew the guy (Cookie??) and my dad had written a poem about him. 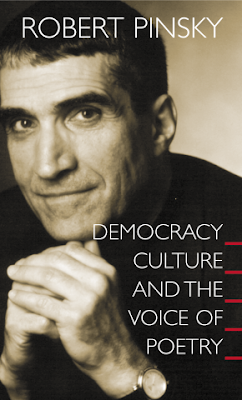 What I do remember is that at some point, I received a stupid response from his (of course) female graduate student assistant and "gatekeeper" with some bullshit about how "Professor Pinsky doesn't accept unsolicited manuscripts" -- as if I were some sort of leech trying to feed parasitically off the glorious rays of his poetical genius.

This title sure covers a lot of territory, but it's all in a granola coffeeshop reading.


Pinsky, being that stereotypical super self-important tenured academic sort -- used to nothing but accolades but in the real world, a total coward -- did what now makes total sense to me: Hid behind his assistant -- in this case, a young female. (How many men in positions of influence -- whatever the sphere -- do that constantly??) 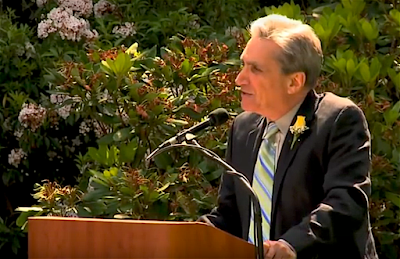 Being half Italian, I guess I can half hold a grudge, hence me randomly talking about it about 22 years later (The Polish part helps, too.) That being the case, let me just say here and now: 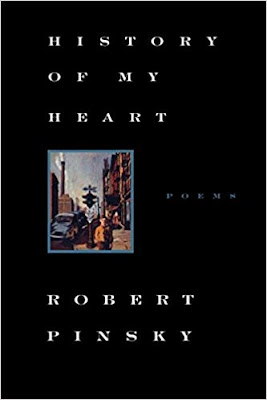 Whatever glorious talent Robert Pinsky possesses as the Poetical Professor Pinsky Extraordinaire, to me, he's a feckless wussy.

As for the News Hour, it's only redeeming feature was Robert MacNeil. In the case of Jim "We'll Have Full Coverage" Lehrer, he was a power suck-up and an abrasive dick with a fake nice guy persona.

History of My Heart: I'll say.


OK, I'm going to end this entry. I'll try to write a regular entry tomorrow night.
By the way, there is a cluster of heavy rain showers / embedded t-storms crossing the D.C. area at this late hour as I complete this entry.

NWS Sterling (LWX) radar in standard composite mode looped 1:21 a.m. - 1:56 a.m. EDT June 25, 2019
The rain is hissing on the trees outside in the warm, thickly humid night while a growled muffled rumble of thunder. Nice.
--Regulus
Posted by Regulus at 2:18 AM