The Big, Beautiful Entry That Wasn't -OR- A Bald Cypress Arboreal Quartet Grows in Georgetown 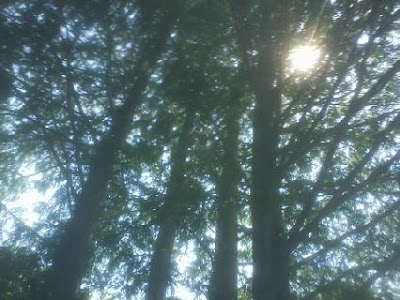 Four towering bald cypress trees in a backyard along P Street NW, Georgetown, Washington, D.C., May 19, 2019
This is one of four pictures (one of which is terribly blurry) of this bald cypress cluster -- plus a series of other pictures -- that I took on May 19th (last month) on one of my Sunday walks to and through Georgetown on a route west on P Street NW to Georgetown University and then down to the Washington Harbour along the Potomac Riverfront. 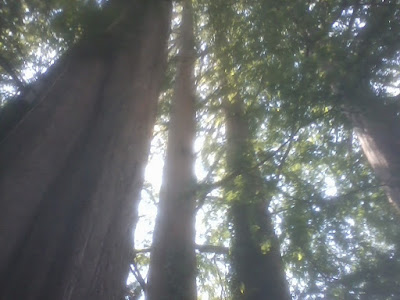 There is a rowhouse in the 3000 block of P Street that has been under extensive renovation the past few months -- and is itself presently vacant with open-access to the small backyard in which grow a tight cluster of four ginormous bald cypress trees. The trees -- in particular, two of them -- are, I believe, the tallest in Georgetown (on the order of 120 feet) and, given the rest of the trees around them, tower above the immediate neighborhood. They are also visible from many areas (provided you know where to look). 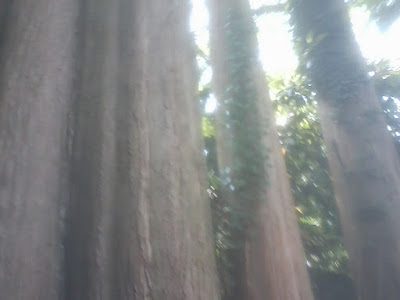 I was very pleased that I had the opportunity to go to their bases in the backyard of a house that would ordinarily be totally inaccessible to me. (In the 26+ years I have lived in the D.C. area, including about 18 in the District proper, I have NEVER known anybody who lives in Georgetown, much less been in one of the rowhouses.) (Well, OK, once back in 1994 when I lived in College Park during a crappy hookup.) 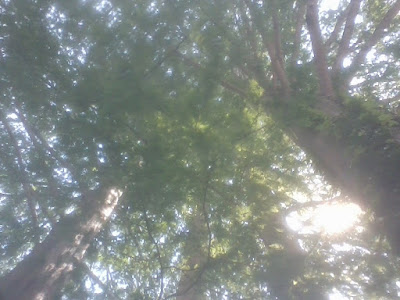 Of note, bald cypress trees (taxodium distichum) are deciduous conifers -- i.e., they lose their needles in the fall and gain a new set in the spring -- but that makes them look like their dying in the autumn months.
*******


I was going to post a new, full entry tonight, but I'm just too tired and need to go to sleep. 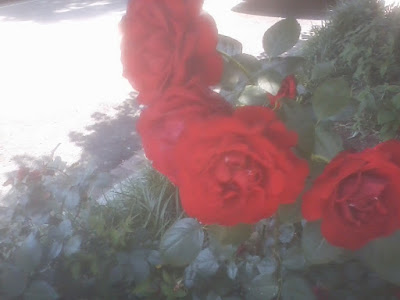 A rose bush in floral bloom along S Street NW near 18th Street NW, Washington, D.C., May 19, 2019
I do not have a "timestamp" for any of the images in this entry, as I deleted all the photos from my phone before getting the actual time. It was mid-afternoon.
*******


It would have been (to paraphrase our lunatic, er, mentally unwell and cartoonishly corrupt president), a "big, beautiful" entry that took into account I was in quite a pissy mood after a mediocre gym workout earlier tonight … the related fact that I'm getting old and the gym doesn't work so well for me anymore, especially given this stupid body morphology I have … 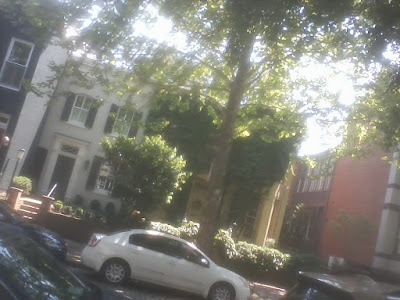 
… Combined with the fact that the Orange Syphilitic One and Mitch the Amoral Reptile and their crazed GOP cult (itself led cart-before-the-horse-style by a for-profit, wholly amoral, post-factual, rightwing media / entertainment agitprop machine) still run our overheated, overcrowded, and over-exploited world … 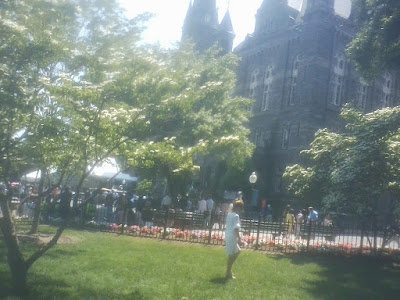 
… Plus some vituperative commentary on all my many ex-friends -- now to include a "new" one through no fault of my own (a fact that has me pissed off since the bitch turned on me in, for me, a wholly unacceptable and hypocritical way). No, I'm not talking about EX-FRIENDS such as Gasy the Hangry Chipungorilla, Shitsoff, Hysterical Gee, J-Me, or even Wall-P. 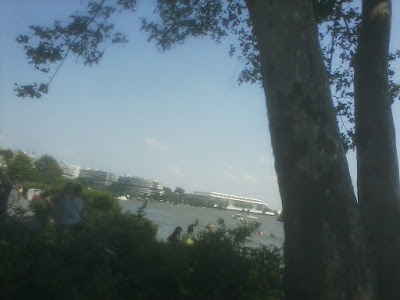 Potomac Riverfront (with the Watergate complex and the Kennedy Center visible in the distance), Georgetown, Washington, D.C., May 19, 2019
*******


… And several songs of heartfelt praise to my would-be betrothed, the BIG Y'EYEMAH that celebrated her daintiness and Zen-like state of passivity, OBESITY, and self-righteousness, recognizing that GOD ITSELF has been KEEN and EAGER for us to marry to create a union of TOTAL FAILURE on a broken-down bus to no where. 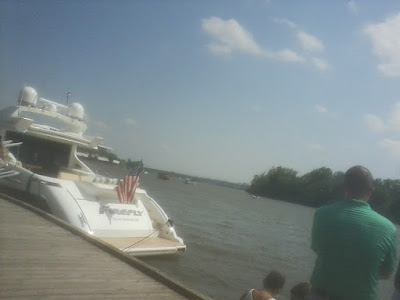 A yacht docked along the Potomac Riverfront in Georgetown, Washington, D.C., May 19, 2019
Out on the river is one of those "Boomerang" booze-cruise floating barge-like bar ships.
*******


… Plus a special shoutout to the vicious and vapid, aging, sorority "A-Gay" M. WADE Fukagoogol to celebrate the fact he is a "care-giver" in the sense that he "cares" if you don't "give" him vast sums of money for just being himself. He really is the perfect Gay to live with his Husband in a straight exurban community.
But, as noted, I'm too tired and just going to bed now. 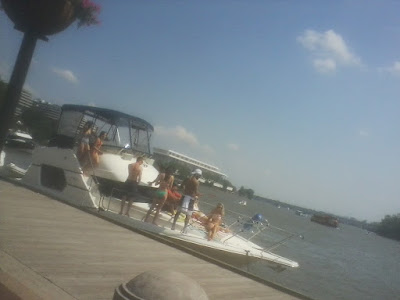 Young people on a yacht, Potomac Riverfront (Washington Harbour), Georgetown, Washington, D.C., May 19, 2019
The crowd there was suitably diverse to make for a United Colors of Benetton magazine ad. I'm still of the view that the folks you see on the weekends on these yachts are renting them rather than actually owning them.
*******


To reiterate what I said toward the end of my previous entry, I have a lot to do the rest of the week to include finishing a series of five reports by Monday, and blogging will be light in the coming days. But that's OK, because I'm approaching zero readers anyway. Good. 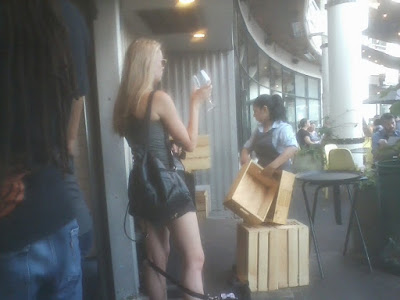 A young woman drinks a glass of wine at Tiki bar while another lady (a restaurant worker) carries boxes outside Farmers Fishers Bakers restaurant in Georgetown, Washington, D.C., May 19, 2019
What a great picture. It says so much. Of note, the young lady had a cute little French bulldog / terrier mix puppy with her, but that picture didn't come out so well.
*******


Things should settle down next week -- although I face another vexing issue as our big federal contract comes to a close and the next one starts with lots of changes. However, I'll save that topic for another entry.
--Regulus
Posted by Regulus at 11:48 PM