First up, one of the standards as performed by a very special lady …
"These Foolish Things (Remind Me of You)" as performed by the great Billie Holiday (1936)
From The Keeper of All Knowledge: 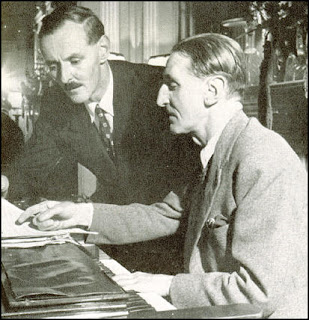 "These Foolish Things (Remind Me of You)" is a standard with lyrics by Eric Maschwitz, writing under the pseudonym Holt Marvell, and music by Jack Strachey, both Englishmen. 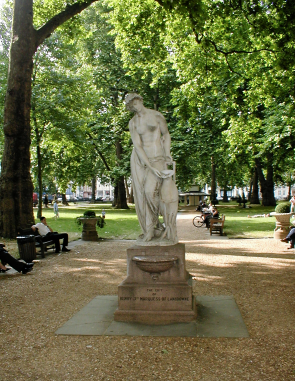 Harry Link, an American, sometimes appears as a co-writer; his input is probably limited to an alternative "middle eight" (bridge) which many performers prefer. It is one of a group of "Mayfair songs," like "A Nightingale Sang in Berkeley Square." Maschwitz wrote the song under his pen name, Holt Marvell, at the behest of Joan Carr for a late-evening revue broadcast by the BBC.


The copyright was lodged in 1936. According to the Oxford Dictionary of National Biography, British cabaret singer Jean Ross, with whom Maschwitz had an extramarital liaison, was the muse for the song. 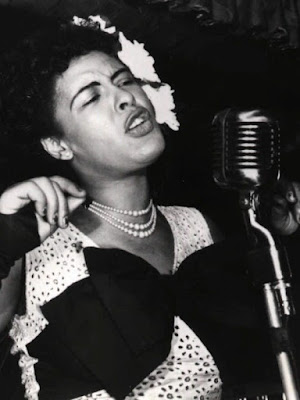 Billie Holiday's rendering of the song with Teddy Wilson's orchestra was a favorite of Philip Larkin, who said, "I have always thought the words were a little pseudo-poetic, but Billie sings them with such passionate conviction that I think they really become poetry." Holiday's version … peaked to No. 5 on the Billboard Pop Songs chart.


Finally, we will end with an interesting "electronica" song with a great accompanying video …
"Love On A Real Train" by Tangerine Dream (2004) from the band's soundtrack album Risky Business to the film "Risky Business" (1984)
The video accompanying this song is, of course, not an American city -- that is, one located in the United State of America. The futuristic look to it and the high-speed rapid transit train should tell you that. In this case, the city is possibly Tokyo. 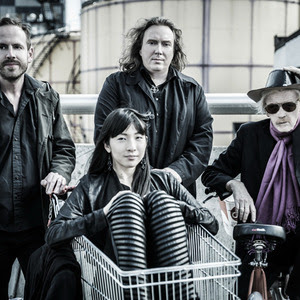 As for Tangerine Dream, this band now has been around for over 50 years, having been founded in 1967 by the late Edgar Froese.

The band has had many incarnations over the years with many members (26 or so).


OK, that's all for now. I'm omitting a Saturday Evening Post entry tonight. My next planned entry will be late Monday or Tuesday.
--Regulus
Posted by Regulus at 11:57 PM