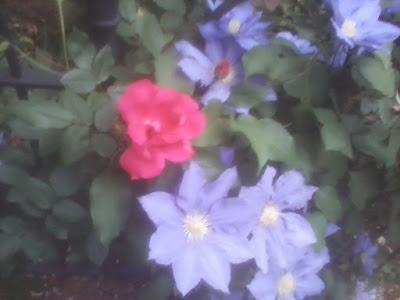 
This entry contains images are topically-unrelated to the posting itself. They include those that I took over the past few days including on Wednesday and Thursday.
The former included as I walked from National Airport (where I saw off my dad) to Pentagon City (via the Mt Vernon bike trail and a spur) and the latter while walking part-way home from work (at L'Enfant Plaza) to just beyond Lafayette Park, where I caught a well-timed S4 bus ahead of, as I mentioned in my previous entry, a drenching thunderstorm on what had been a very warm and humid day. 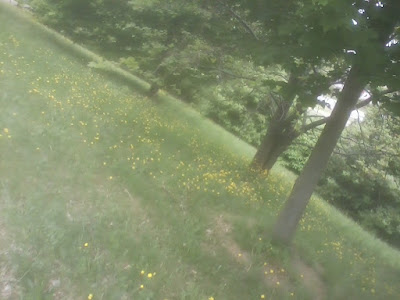 Except for the lead image, I'm not captioning them, so if you are interested in any of them -- and they are all flip-open cellphone low-quality -- click on and download it since the file name contains the relevant information.
What I'm not posting are a bunch of pictures of Trump and Barr. Who the fuck needs to see more of them? 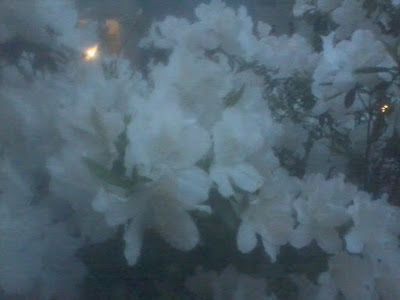 It's time for a bit of political commentary on the latest Trump regime atrocities facilitated by a compromised and morally diseased Republican Party in cult-like thrall to this syphilitic, solipsistic, sociopathic sagging satyr that is Donald J. Trump.
This has to do with the new, post-Mueller report Trump approach of maximalist obstruction to all the long-established governing and legal norms involving House Democratic oversight. It's a strategy designed to bait Dems into launching a House impeachment that will, of course, fail to pass the Senate -- and thus, in the diseased Trumpian political calculus -- give him and the GOP a leg up in next year's presidential election. 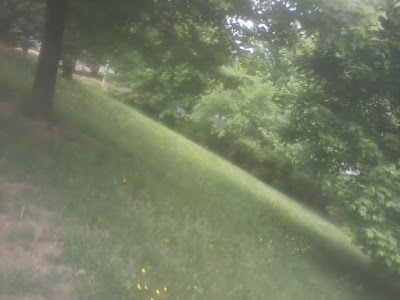 Honestly, I don't know whether that strategy would "work" or not, but it's really beside the point.
But the specific issue is the bloated, ethically obscene pig that occupies the position of U.S. Attorney General William P. Barr, but in fact is Trump's personal sleazoid legal counsel goon of the sort Trump had so many back in his New York scam real estate / casino / and hotel days. 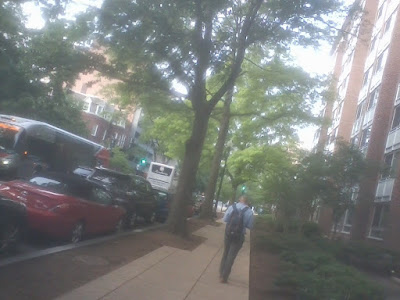 House Speaker Nancy Pelosi said flat-out that Barr lied to Congress and thus committed a crime. Recall that Barr auditioned for the role of AG last year precisely because he "believes" in some "theory" of (Republican) presidential power that effectively renders the (Republican) President an absolute monarch who defines the law. 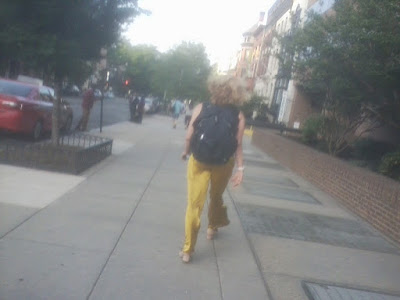 The specific event for this commentary is Barr's stupendously sanctimonious yet dizzyingly horrendous performance in the whole Mueller Report affair from that initial, bullshit four-page summary he gave in March and culminating in Wednesday's shit-show before the Senate Judiciary Committee. There is also the related matter of what it means in an existential way for the Republican Party in the Trump era.
As for that hearing, were a number of memorable exchanges, but I think Senator Mazie Hirono (D - Awesome) had the best go-around with Barr:
"Mr. Barr, now the American people know you are no different from … any of the other people who sacrificed their once-decent reputation for the grifter and liar who sits in the Oval Office."
As ever, seeing Sen. Lindsey Gay Graham (R - Queer) once again overcome with the vapors is an added bonus. 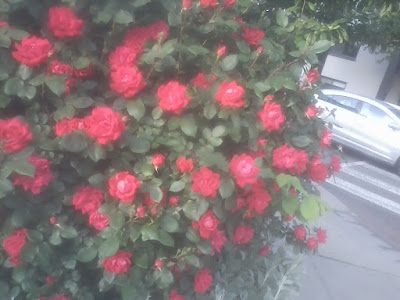 Sen. Hirono has taken turns being the designated Fox News / Hate Radio / InfoWars object of hatred, although in the last six months, "AOC" has almost continuously held that position -- with, of course, HRC holding the Emeritus-for-Life position. Indeed, the Repug Senators on the committee spent a freakish amount of time in a psychosexual fantasy about Hillary's emails.
Sen. Kamala Harris also had her own made-for-TV prosecutorial questioning of Barr -- which prompted the usual Trump Twitter tantrums and general verbal diarrhea from Trump -- although most of his mental energy the past few days has been spent on Joe Biden, who jumped into the super-crowded Democratic presidential field (21 as of yesterday and maybe up to 22 today) and is the generally-acknowledged frontrunner. 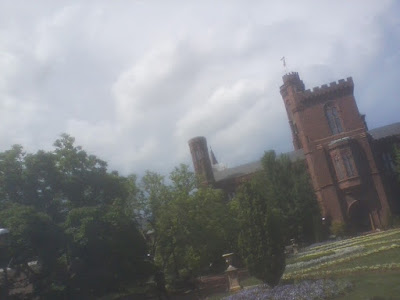 Barr's testimony and behavior was such a disaster and the Trumpian sense of being above any governing norms, much less the law and federal separation of powers among three coequal branches of government, is so great that he didn't even bother showing before the House Judiciary Committee despite threats of a contempt citation.
It's worth noting that Barr actually succeeded in genuinely deeply upsetting the Washington Post Editorial Board -- that Beltway Mandarin Overclass that sits there all day long "sending signals" among the Gang of 500 to, for, and from the Washington Consensus crowd.
Uncle Fred's Little Shop of Editorial Scribes wrote that Barr had "torched" his reputation and there was none of the usual "Views Differ on Shape of Earth" professional centrist pabulum. 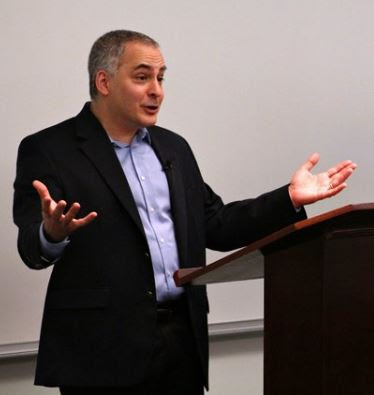 Likewise, Barr upset the Good and the Great Legal Genius Benjamin Wittes -- formerly a Washington Post legal affairs editorial writer during the Clinton era and now a sort of all-purpose legal theoretician and gigolo to the post-9/11 military / surveillance state oligarchy from his Lawfare perch.
Being the earnest tool of the powerset that he is, Wittes predictably initially vouched for Barr on the basis that he was a longtime member of the Washington political insider elite to include having been Attorney General under Bush the Smarter (and succeeded by Janet Lesbo Reno of Branch Davidian eternal infamy), and therefore could be expected to adhere to some basic institutional norms and thus act as a check on Trump. 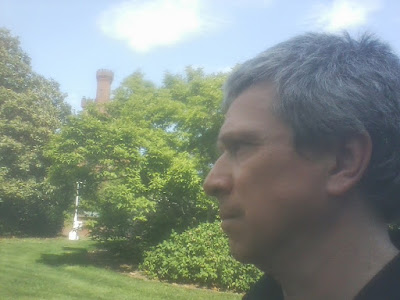 But Benji became appalled by what he characterized as Barr's politically "catastrophic" performance vis-à-vis the release or the Mueller report -- opted (to quote the WaHoPo editorial board) to "torch his reputation" for the sake of fricking Donald Trump. 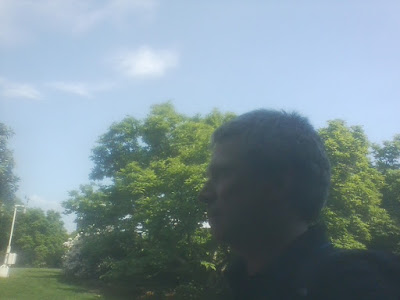 As noted above, we're at a point in which the Trump White House -- facilitated by its Republican Senate enablers and the larger cult-like GOP that is led (in cart-before-horse-fashion) by the rightwing media/infotainment and propaganda complex embodied in Fox News, the Breitbart / InfoWars set, and a still-formidable hate radio infrastructure -- has opted to simply flip off the Congress. And it's not-at-all clear that the judiciary -- now thoroughly packed with Federalist Society bots -- will do anything about it. 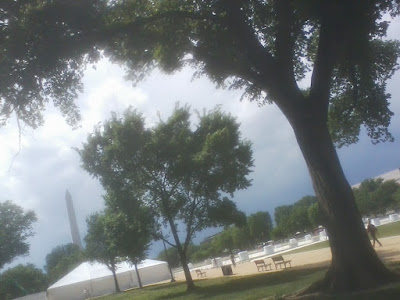 Both Jonathan Chait and Charles Pierce have had multiple pieces on Barr's behavior and what it means. But it was Josh Marshall of TPM who ruminated -- as a result of a piece by HuffPost's Ryan Reilly -- on why Barr sold whatever remained of his soul deep inside that 600-pound carcass of his for the sake of Donald Trump. 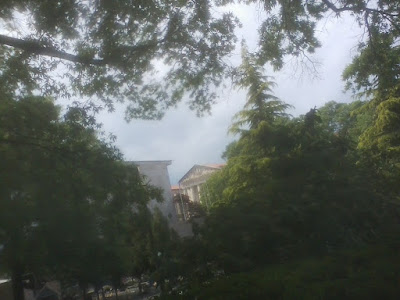 It basically comes down to what Matthew Miller -- the head of DOJ's public affairs office under Attorney General Eric Holder -- asserts is the fact that Barr himself has lived for decades in a "cocoon of Fox News" and rightwing legal circles -- and that Barr's trajectory matches that of the GOP under Trump.
Miller is quoted in that piece saying: "My theory now about what happened to Bill Barr is that his change over the past 25 years has tracked the change the entire Republican Party has undergone. I really think he believes this investigation never should have started to begin with. I think he believes some of the worst conspiracy theories about people inside the FBI trying to take down the president." 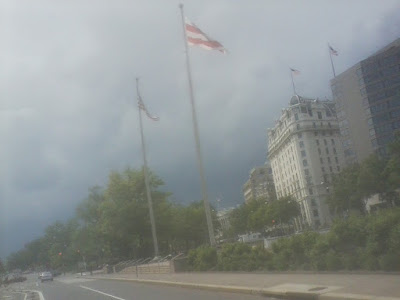 
It's a common refrain among non-Republicans that Fox News and the rest of the conservative media superstructure have essentially brainwashed 30 percent or 40 percent of the population over the last couple decades.
But implicit in that belief is that it's those people, voters, for lack of a better word the audience of national politics. Elites or high level appointees or operatives may cynically participate in this flimflam. But somehow they're not part of the process, they not stewing in the same cauldron. They're cynical, amoral, pick your description. 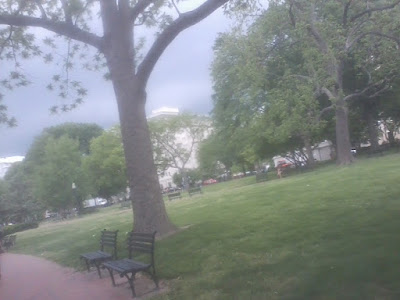 This is a major blindspot. Bill Barr is another Republican guy in his late 60s who's been living, as Miller puts it, in that Fox News/GOP legal circles cocoon for two decades. Why would he be any different from your birther uncle you avoid at holiday dinners?
More to the point, why would we be in the current situation if the bacillus of Foxism or rightwing authoritarianism (whatever you want to call it) wasn't as pervasive with the Bill Barrs of the GOP as the ordinary Joes you see at the Trump rallies? More articulate, yes. But different? Not really. And why would it be? 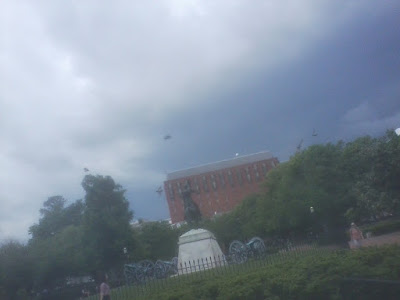 Beyond the stonewalling and outrageous comments from Barr yesterday, one thing that struck me is that more than a few times he didn't seem familiar with basic facts of the case or the Report. I don't mean points in dispute between pro and anti-Trump commentators. I mean, basic factual details.
It wasn't clear to me he’d actually read the Report itself. At least some of his arguments seemed based on Republican commentaries rather than the actual document. Much the same applies to his comments about 2016 "spying". This isn't to excuse any of Barr's lawless and now, in at least certain cases, criminal behavior. But it's not clear to me he's even sweating the details on behalf of his authoritarian aims.
Top to bottom, Republicans have imbibed the Fox/authoritarian worldview. That's why we have Trump. That's why we shouldn't be surprised about Barr. 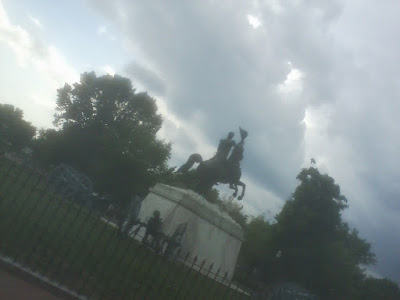 God, I wish this offensive Andrew "Genocide" Jackson statue was removed.
Put another way -- and in keeping with that weird American tradition -- these people believe their own propaganda and lies and now we have this result. Anyway, big question now is whether Robert Mueller will testify before Congress -- and, if he does, to what extent the Trump regime will try to stop him.
OK, that's all on that topic for now. My next planned entry or pair of entries will be this weekend.
--Regulus
Posted by Regulus at 7:01 PM