Saturday Evening Post for May 18th, 2019: On the Loss This Week of Doris Day and Four Other Individuals of Great Talent and Accomplishments 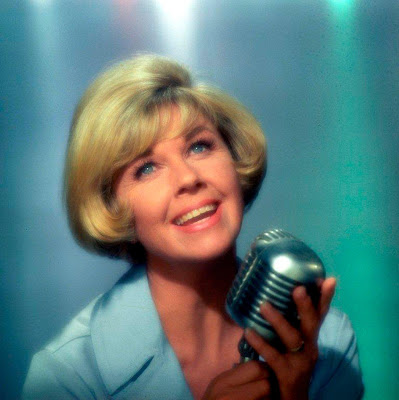 There were five noteworthy deaths this week of tremendously talented and accomplished individuals from the worlds of entertainment, literature, and architecture to include Doris Day, Tim Conway, Herman Wouk, I.M. Pei, and Sammy Shore. I've already written about Tim Conway in my previous entry. For this entry, I'd like to focus on Doris Day. 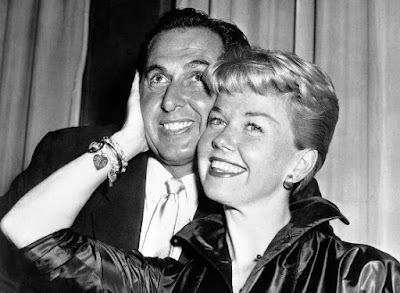 
Doris Day (born Doris Mary Kappelhoff) passed away on Monday, May 13th, at the age of 97 after contracting pneumonia. 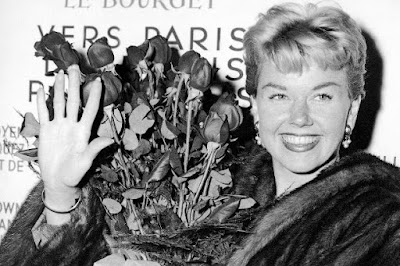 
It would be difficult to capture all her achievements as an actress, singer, animal welfare activist, and all-around Hollywood symbol of many different qualities (sex symbol, American wholesomeness, decency, and kindness of spirit). Here are a few online obituaries (all dated May 13, 2019 since these things are mostly pre-written) … 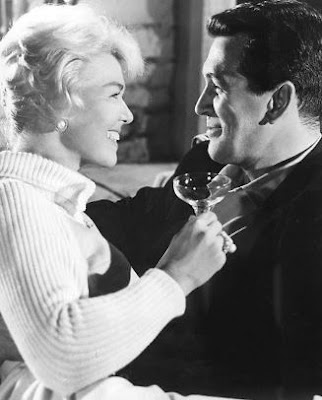 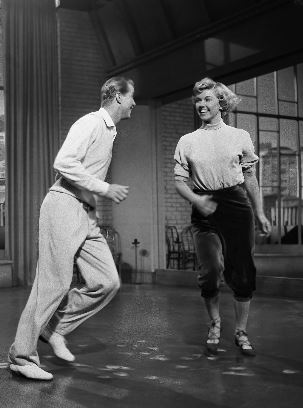 
Here are few other articles of note to include the obligatory family drama:
Fox News (yes, Fox News, but it's the online version): Doris Day's publicist breaks silence on grandson's claims that manager blocked him from seeing her. (NOTE: If you click on this, it will say "access denied from this server" -- because it IS paranoidal Fox News. Just click on the link again and it should work.) 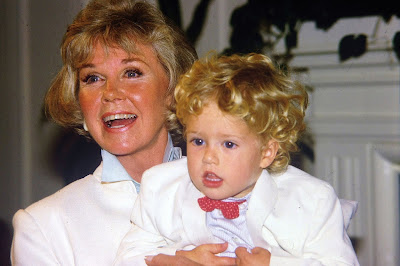 
Her grandson, Ryan Melcher, a high-end real estate agent based in Carmel-by-the-Sea, Calif., claims that Day's business manager, Bob Bashara, kept him from seeing his grandmother for 14 years. Ryan posted about it on his Facebook page. 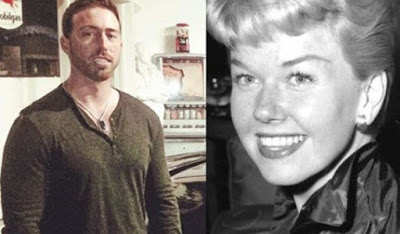 Ryan Melcher, grandson of Doris Day by her only son, Terry Melcher, as an adult, and Day
*******


I found this excerpt on Facebook but I couldn't find the full posting. (I don't a Facebook account, so maybe that's way.) However, this site contains most of the posting -- and in it, Melcher alleges that Bashara kept her in isolation and living in a compound-like situation. He added that he didn't want to force the issue and cause her distress given her age and declining health.
Not sure what to think. 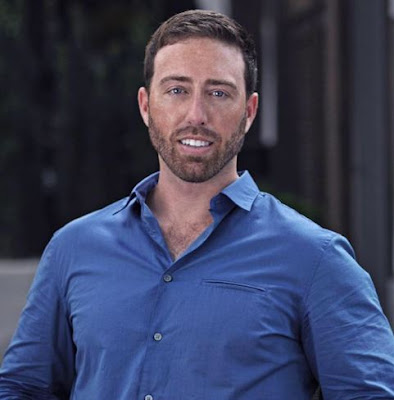 
As it is, Doris Day will have no grave, funeral, or even memorial. She reportedly made that clear. 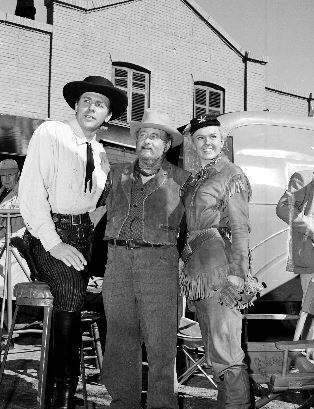 
I'll end with this nice Washington Post piece to her by Tom Santopietro, author of Considering Doris Day: Doris Day was more complicated, and more forward-thinking, than she ever got credit for. 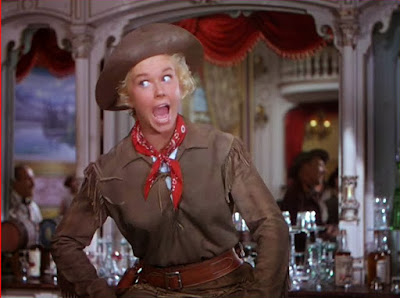 
And I'll refrain from repeating the oft-cited quip -- attributed both to Oscar Levant and Groucho Marx -- but I will post some quotes attributed to Day herself in relation to her animal rights activism: 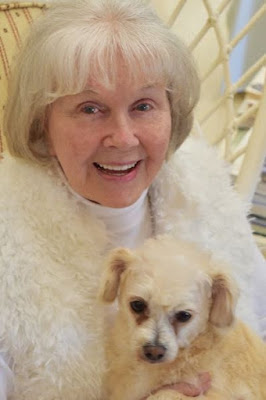 I never met an animal I didn't like, and I can't say the same thing about people.

A woman gains status when she refuses to see anything killed to be put on her back. Then she’s truly beautiful.

I love all the shows that encourage people to love, appreciate and help animals. There are more programs about animals than ever, and that pleases me.


The above photo was sent out on the occasion of Day's 94th birthday -- April 3, 2016 -- although at the time, it was stated it was her 92nd birthday. However, the AP found her birth certificate the following year -- and, surprise, she was really two years older. 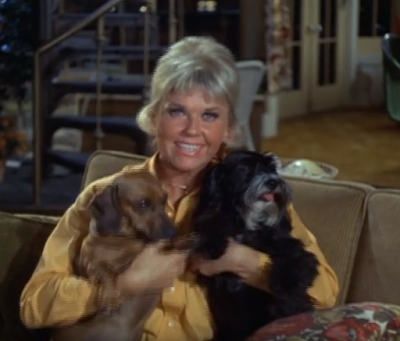 
There were three other deaths of note this week as well … 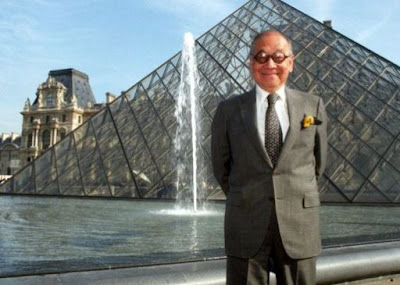 I.M. Pei stands by his iconic Louvre Pyramid (Pyramide du Louvre) on the 10th anniversary of its completion,
April 1999
*******


World-renowned Chinese-American architect I.M. Pei died on Thursday. He was 102. I can't even begin to pay homage to him, so I'll just link to this New York Times obituary: I.M. Pei, Master Architect Whose Buildings Dazzled the World, Dies at 102. 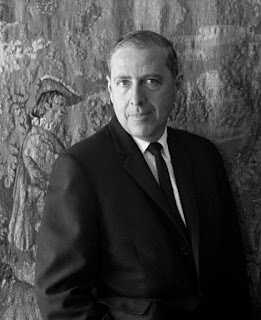 Herman Wouk, famed author of multiple epic historical novels -- to include those turned into made-for-TV movies such as The Winds of War and its sequel War and Remembrance -- passed away on Friday at 103 (just 10 days shy of his 104th birthday).


It turns out that The Winds of War, was really about Crimean War, not World War II. You see, he was already middle-aged when the former occurred. And he also wrote Peace and Forgettance.
OK, both of those are bad jokes. I guess I'm not very WOKE about Herman WOUK. Boo.
On a serious note, here is his New York Times obituary: Herman Wouk Wrote Historical Novels. But His True Subject Was Moral Weakness.
******* 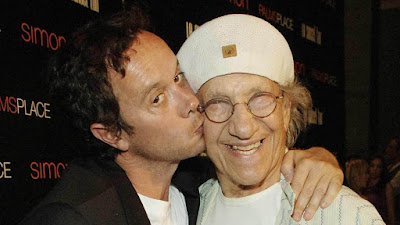 Pauly Shore kisses his father, Sammy Shore
Finally, comedian Sammy Shore passed away on Friday. Shore, 92, is the father of three children including comedian/actor/filmmaker Pauly Shore, 51, and co-founder of The Comedy Store (with his first wife, Mitzi Shore, and filmmaker Rudy De Luca) in West Hollywood.
As noted in his Variety obituary: 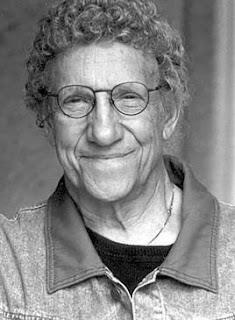 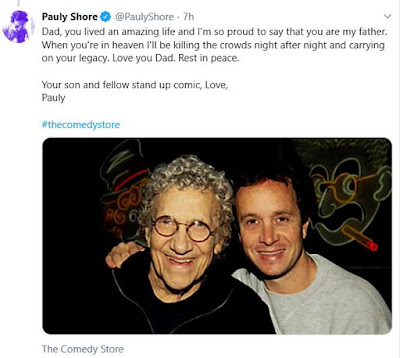 Pauly is Sammy's son by first wife Mitzi Shore, who passed away in April 2018 at age 87. Mitzi ran The Comedy Club for many years -- helping launch many careers -- and she apparently helped found in 1982 what would become the Comedy Channel. 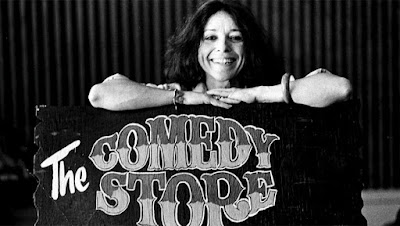 … namely, when he appeared in the 1977 Sanford & Son episode "The Reverend Sanford," in which Fred Sanford opens a church in his junkyard through a mail-order clergy ordination. 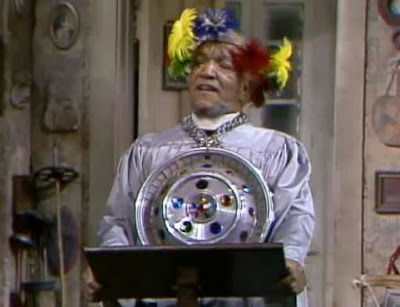 I wrote about this episode here. 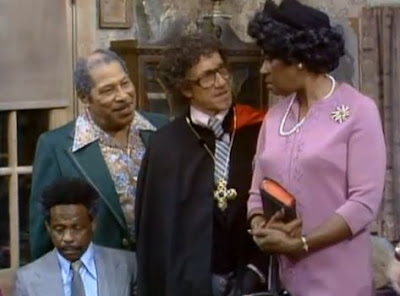 The purpose of "The Church of the Divine Prophet (Profit?)" is strictly a tax-avoidance scheme, but the man who runs the "Mother Church" -- Bishop Lovelace, played by Sammy Shore -- is himself, of course, running a scam that threatens to take away Fred and Lamont's business and home. 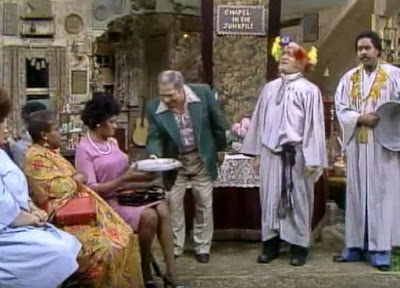 The name "Lovelace" is itself a dirty reference that would have been known to most viewers at the time. This is in keeping with the sustained portrayal of this and other churches such as this as total scams. 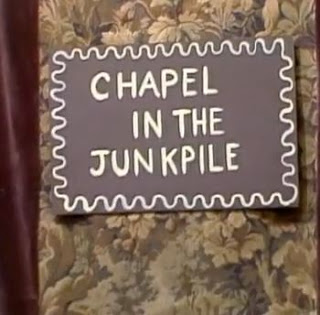 Fred pretends he's running a cult -- the Chapel in the Junkpile / Seventh-Day Junkist -- that seeks to sacrifice a white guy in order to scare off the Bishop Lovelace -- and he does so with Aunt Ester present at his "service." The entire episode is frickin' hilarious.


Here is a link to the full episode on the Daily Motion website. (I don't know how long it will remain there.) 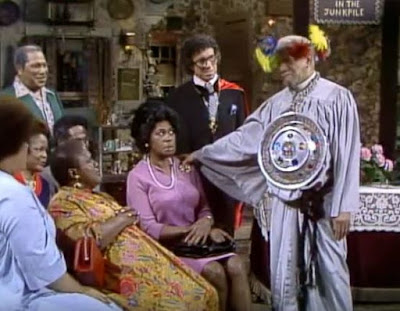 "Let us send away THE EVIL! And THE UGLY!!"
"Watch it, Reverend Sucka!"
And with that, I will end this entry -- and with a Jukebox Saturday Night entry to follow shortly.
--Regulus
Posted by Regulus at 11:22 PM