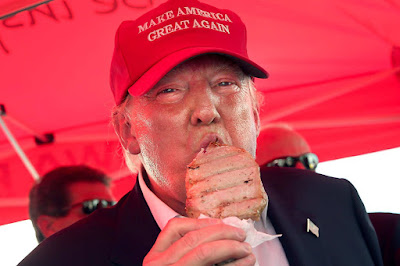 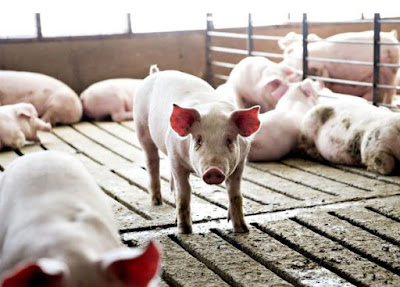 The Trump kakistocracy is making America great again by allowing pig slaughtering factory farms to "self regulate" through "self-inspection."
With this brilliant move, Trump and the GOP cult that enables him will bring back Upton Sinclair Jungle conditions, er, unleash the power of the free market (libertarians whack off to this sort of shit) while providing trichinosis-infected pork to all those Trump-loving, borderline morbidly obese, ignorant Red Staters to feed to their vulgar MAGA-cap clad teenage kids. 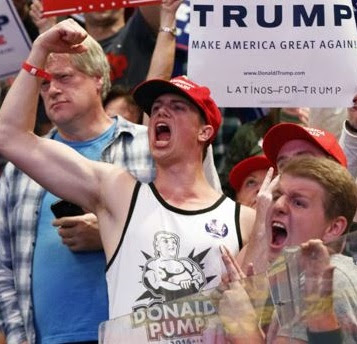 Trump supporters shortly after contracting a hybrid trichinosis and Creutzfeldt-Jakob disease from the pen where they feed.
*******


It's the kind of move that gets the pasty-assed inverted Marxist kooks at National Review all tingly about -- while the forces of oligarchy, which would never touch that kind of garbage meat, are just pleased that it gives them still more money. As for the Fox News carnival barkers, those are millionaires paid to do the bidding of billionaires, so they'll say whatever. 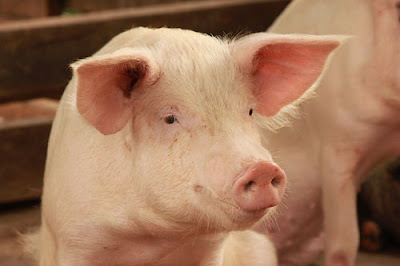 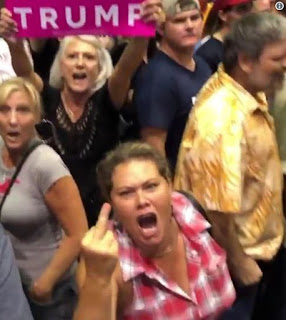 And the beauty of it -- in true stupid-ass American-style -- is when their spawn end up in the hospital (medical bill: $50,000 that they can't possibly pay), they'll start blathering about Hillary's emails and AOC's "green new deal."

Fucking idiots. From a Darwinian perspective, too dumb to survive.


Above: Rabid Trump supporters after eating mad cow-infected "Trump steaks" meat. (That woman giving the finger is a real beauty, isn't she? What a pathetic existence.) 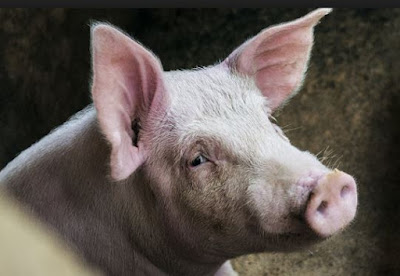 As for Trump, a syphilitically-deranged, anti-social personality-disordered, orange clown, naturally he has no clue about what his depraved minions are doing -- in this case, in USDA -- since it doesn't directly involve his money-laundering and other empire-building efforts.
Just another day in TrumpWorld.
If there is any cosmic justice -- do I even have to finish that sentence? -- Mitch "The Bitch" McConnell will eat some trichinosis-infected pork. 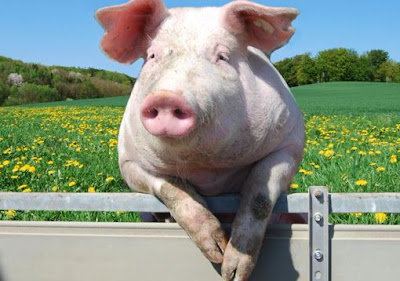 To be clear, for this entry, I specifically avoided posting pictures of what these factory pork slaughterhouses are like.
--Regulus
Posted by Regulus at 11:23 AM