This Jukebox Saturday Night is dedicated to Doris Day, one of the five notable people who we lost this week, and what better song to start out with than this one …
"Sentimental Journey" by Les Brown and his Band of Renown ft. Doris Day (1944)
Published in 1944, the music was written by Les Brown and Ben Homer with lyrics by Bud Green. This was her first number one hit (occurring in 1945). This YouTube version features some nice still images of Doris Day through the years.
*******

Next up, another standard …

"Dream a Little Dream of Me" by Doris Day from her album Day by Night (1958)
As The Keeper of All Knowledge explains: 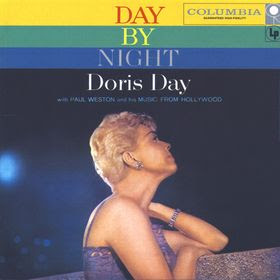 "Dream a Little Dream of Me" is a 1931 song with music by Fabian Andre and Wilbur Schwandt and lyrics by Lee Rothman. It was first recorded in February 1931 by Ozzie Nelson and also by Wayne King and His Orchestra, with vocal by Ernie Birchill.


A popular standard, it has seen more than 60 other versions recorded, with one of the highest chart ratings by the Mamas & the Papas in 1968 with Cass Elliot on lead vocals.
*******


While Doris Day is not best known for this song, she performed it for one of her albums …
"(I'm in Love with) A Wonderful Guy" by Doris Day from her Show Time album (1960)
This is a show tune from the 1949 Rodgers and Hammerstein musical South Pacific. Quoting Wikipedia, it was first introduced by Mary Martin in the original Broadway production and sung by Mitzi Gaynor in the 1958 film adaptation.
*******


And, I guess this is the best way to end this Jukebox Saturday Night edition to Doris Day …
"Qué Será, Será (Whatever Will Be, Will Be)" as performed by Doris Day in the Hitchcock movie "The Man Who Knew Too Much" (1956) 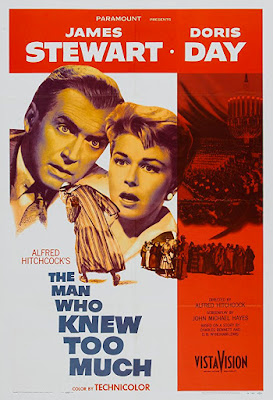 As a result of this song, the film won an Academy Award for Best Original Song at the 29th Academy Awards (in March 1957).

Note: This 1956 film should not be confused with Hitchcock's other film of same name from 1934.

OK, that's all for now. My next planned entry will be late Monday or Tuesday.


I still owe Chester an entry about his interesting boundary point tour last month.
--Regulus
Posted by Regulus at 11:57 PM