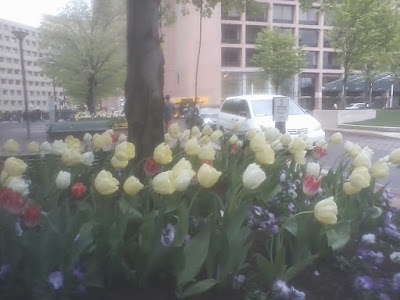 As I write this, I'm watching the weekly Svengoolie-hosted monster movie, specifically, the 1951 film The Son of Dr. Jekyll.

The Wonder Woman episode prior to this was "The Richest Man in the World" that guest starred the last Jeremy Slate.

Following Star Trek: TOS at midnight, MeTV airs its "Sunday Red-Eye Sci-Fi" lineup of shows to include Kolchak: The Night Stalker at 1 a.m. ("The Devil's Platform"), Voyage to the Bottom of the Sea at 2 a.m. ("Deadly Waters"), and Land of the Giants at 3 a.m. ("Deadly Lodestone").


However, I don't think I'm going to stay up that late. 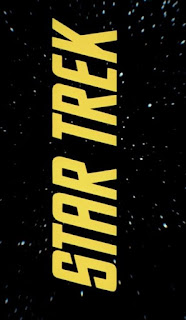 The Star Trek: TOS episode at midnight is "The Menagerie: Part 1." This episode incorporates parts of the original Star Trek: TOS pilot episode "The Cage" made in 1965 but which CBS rejected -- reportedly because it was "too cerebral" and "not Wagon Train in space" enough. It did not air until 1988. ,

Of note, "The Cage" does not feature William Shatner (i.e., Captain Kirk) but it guest stars Meg Wyllie as "The Keeper." 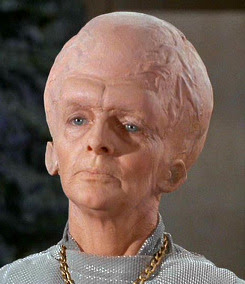 
A second pilot episode -- whose production was advocated by Desilu Productions, specifically, by Lucille Ball herself -- was "Where No Man Has Gone Before," initially airing on Sept 22, 1966. 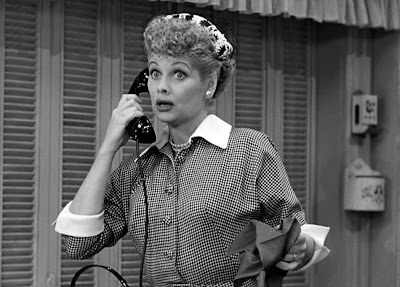 Yes, we are eternally indebted to Lucille Ball for the existence of the Star Trek franchise and larger Star Trek universe. Remember that. 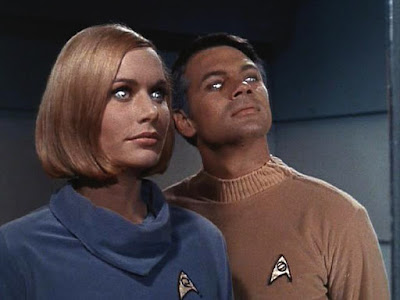 Gary Lockwood and Sally Kellerman in the Star Trek: TOS (second) pilot episode "Where No Man Has Gone Before"
Gary Lockwood later was in Stanley Kubrick's 2001: A Space Odyssey adaptation of the Arthur C. Clarke novel.
*******


Further confusing matters of this long ago Star Trek: TOS first season, while it was technically the pilot episode, "Where No Man Has Gone Before" was aired as the third episode of season 1 -- after "The Man Trap" (Sept 8, 1966) and "Charlie X" (Sept 15, 1966). 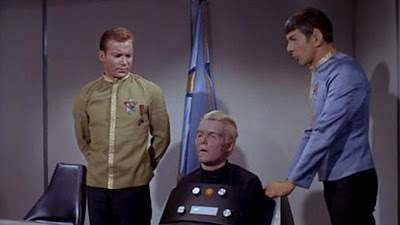 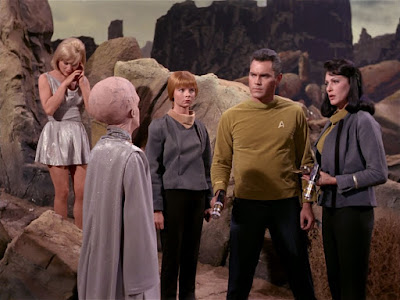 
I slept all day this Saturday -- not getting up until a bit after 5 p.m. I had gone out last night after work -- first to an overpriced and underwhelming dinner at , then to the bar at the St. Regis hotel, next to Fox & Hound where I had a nice chat with a Turkish guy, and then to DIK bar, by which point I was done for the night. 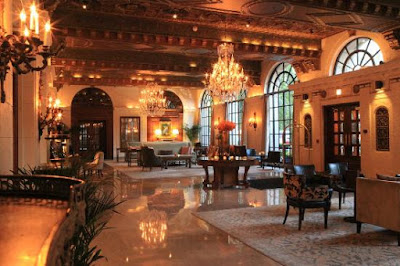 
I splurged like that at the restaurant because I got my IRS tax refund, my regular paycheck (and not having to go to rent), and a travel reimbursement for my work trip last month all in the space of three days. Yes, I had two nickels to rub together. 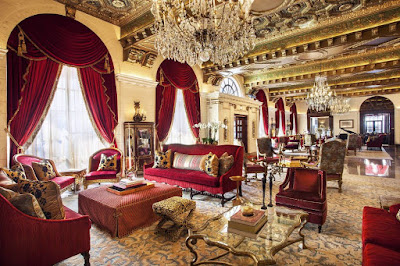 
Anyway, right now, I'm unsure whether to go out to eat or just stay in. It's already nearly 11 p.m. as I finish this entry. I also want to do my laundry later tonight. Also, I have to assemble the baker's dozen of monthly progress reports that I do each month that are due Monday morning. 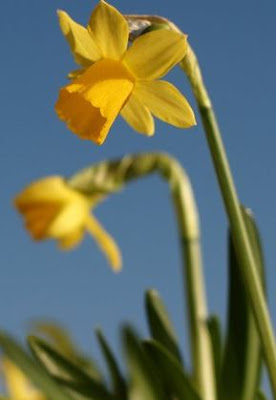 I'm not posting a Jukebox Saturday Night entry tonight simply because I don't really have any songs lined up that I'd like to post.

For tomorrow, I am supposed to meet Aydin early afternoon and we are going to walk over to Georgetown to get lunch and go to Washington Harbour (maybe Tony & Joe's outdoor bar), although the weather forecast calls for rain and maybe thunderstorms.


As the regional sector radar shows (below), there is a violent weather outbreak with tornadic thunderstorms across the Deep South. But that's OK because they've got Trump to protect them.


OK, I'm going to sign off for now.
As I alluded to in this entry, I have a lot of work to finish in the next two weeks before my dad visits and we take our nostalgia tour of New Jersey (Long Branch and Asbury Park). He is flying up from Jacksonville to D.C. and then we are taking the Amtrak to New Jersey and a New Jersey Transit down to the shore. 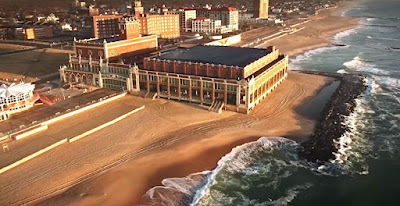 
We're returning on Monday and have all day Tuesday. If my mom is feeling up to it, she may take the MARC train here to D.C. and the three of us can have lunch.
I'm not sure how many more opportunities I'm going to get to have the three of us meet together like that. 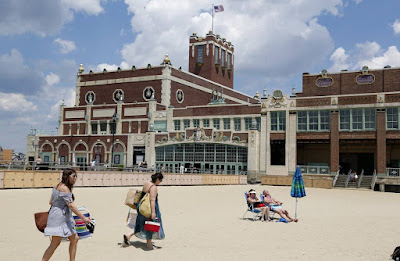 Beachside with the old Convention Center in the view, Asbury Park, N.J.
*******


Anyway, I mention all this because blogging will continue to be spotty this month.
--Regulus
Posted by Regulus at 10:59 PM