Jesus Christ, this is SO wrong … 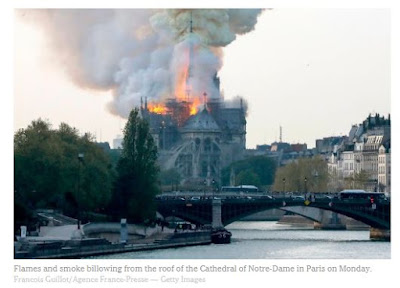 A massive conflagration of unknown cause has engulfed Notre Dame Cathedral in Paris and is still raging. The spire of the Cathedral collapsed. 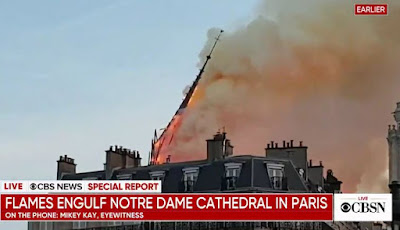 The moment the spire of Notre Dame collapsed in the conflagration today a short time ago. 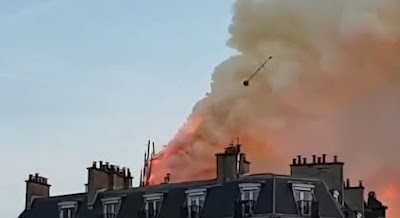 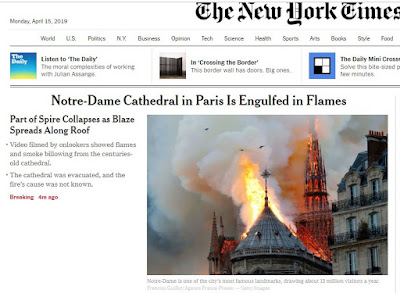 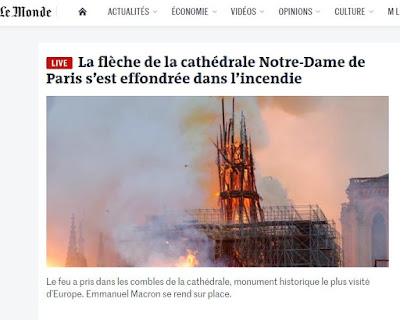 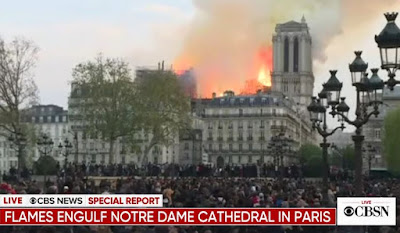 That is so wrong.


The initial thought is that it was caused in an area of renovation -- that is, not a terrorist attack. Nor are there any reports of any casualties. The big effort right now seems to be to save the art work inside the 800+ year old structure. The ancient wood, though, is just fueling the conflagration even as the roof of the structure has fallen. The whole place could go.
*******


I was going to post the briefest of afternoon updates to say that it is an exquisitely beautiful day here in D.C. with sun-flooded skies fleeced with puffy stratocumulus clouds, 60F temp, and a surging (40 mph+), gusty, lovely northwesterly wind following a stormy frontal passage last night -- and everything is so lush and vibrantly green.
I'm not even going into the office -- instead, I'm taking a walk down to the Potomac today.
**UPDATED 3:24 p.m. April 16, 2019** 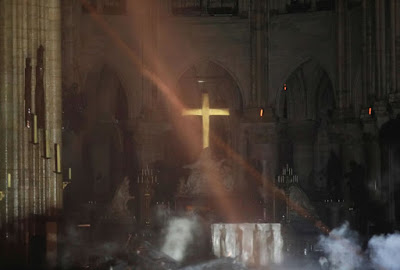 The conflagration at Notre Dame Cathedral in Paris was extinguished and while the destruction is massive to include loss of the roof and the central spire -- and with the full structural damage yet to be assessed -- it appears that this culturally iconic structure survived in tact well enough to be fully rebuilt. In addition, many of the culturally priceless artifacts inside the cathedral were rescued during the inferno. 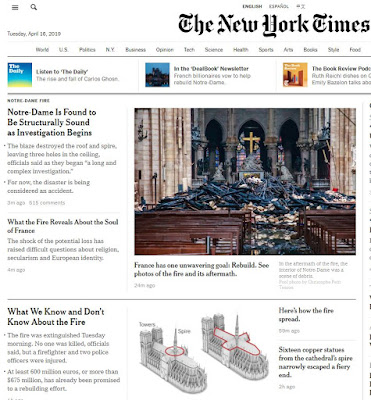 
Nobody was killed although there were three injuries involving one firefighter and two police officers. Also, foul play is NOT suspected.
French President Emmanuel Macron pledged to rebuild the Cathedral declared, "We will rebuild Notre-Dame because that is what the French expect." 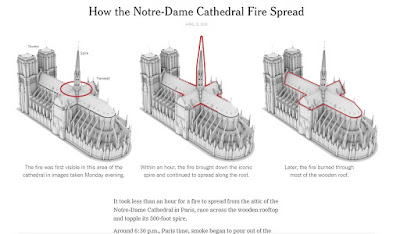 
The reconstruction process could take 10 to 15 years, but already about $700 million has been pledged from various sources including the French billionaire Pinault and Arnault families, the Bettencourt-Schueller Foundation of the L’Oréal corporation, and the French energy company Total.
New York Times article: Notre-Dame Appears Structurally Sound After Fire, as Investigators Look for Cause
Excerpt: 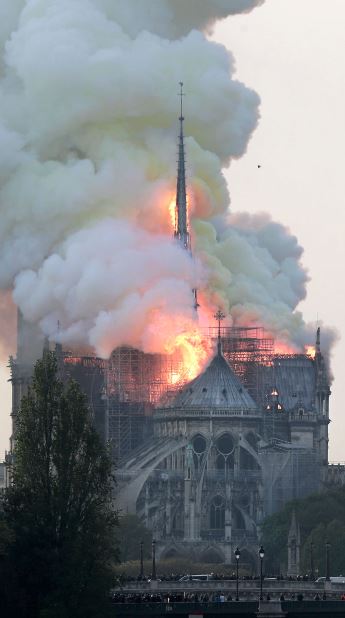 A day after a monstrous fire roared through Notre-Dame cathedral, destroying its roof and lacy spire and leaving three holes in its sweeping vaulted ceiling, officials on Tuesday were trying to determine what caused the catastrophe.

The cathedral appeared to be structurally sound, officials said, after an inspection.


With the fire extinguished, they now began what the Paris prosecutor, Rémy Heitz, told journalists would be “a long and complex investigation,” though for now he said they were considering the disaster an accident... 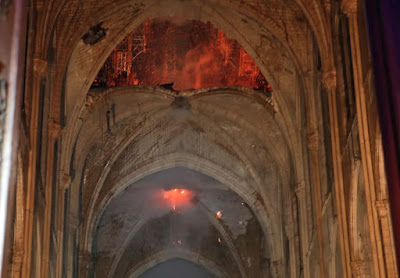 As investigators faced the difficult task of determining a cause in the apparent absence of evidence, destroyed by the roaring flames, officials, citizens and visitors continued to congregate on the banks of the Seine River to contemplate the mutilated monument, an unequaled jewel of Gothic architecture... 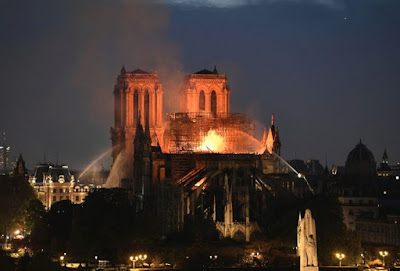 The most urgent measure needed, said Dany Sandron, a professor of art history and architecture at Sorbonne University, "is to put an umbrella on top of the cathedral, because the vaults are at risk in the open air."
That alone could take weeks, he said.
Notre-Dame, which was built in the 12th and 13th centuries on the foundations of an earlier church and Roman ramparts on an island in the Seine, is visited by about 13 million people a year. 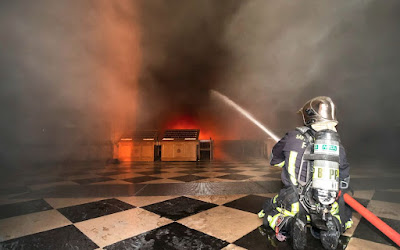 In addition to damaging the building itself, the fire put at risk its relics and stained-glass windows, with panes held together by lead that melts at high temperatures. While one treasure, a relic of the crown of thorns said to have been worn by Jesus during his crucifixion, was saved, the status of some other historic items is unclear. 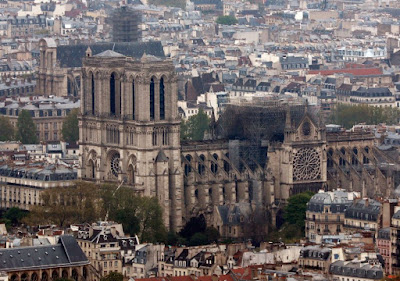