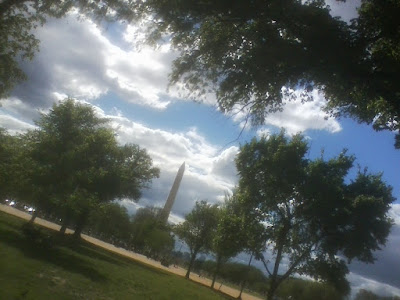 
This entry contains some pictures that I took on Sunday (Easter) during my walk from L'Enfant Plaza, where I had gone into the office for a few hours, via the Smithsonian Enid Haupt Garden and National Mall over to Georgetown's Washington Harbour.
Once I got there, I had an overly-expensive early dinner at the outdoor bar of Sequoia and then stopped briefly at Tony & Joe's before heading back to Dupont. I concluded the day by meeting Fred at D-I-K bar for a short while before heading home to pull an "all-nighter" of finishing up the minutes write up of the second of the two meetings I attended last month. 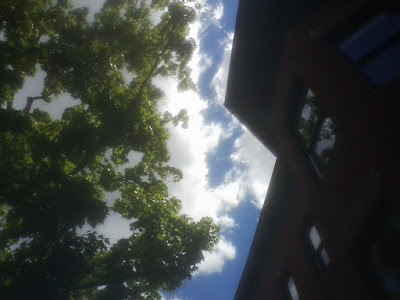 
The weather was exceptionally nice with a clean, deep blue sky filled with flattened-to-puffy cumulus and stratocumulus clouds both celestial white and brooding gray. The natural world, such as it is, was alive with tender but vibrant greenery of that mid-spring sort that makes D.C. in springtime a particularly nice place to be (except for the pollen, tourists, and any early humidity).
The quality of light and springtime colors made even the images taken by my crappy flip-open cellphone camera look really nice, at least in a few instances. 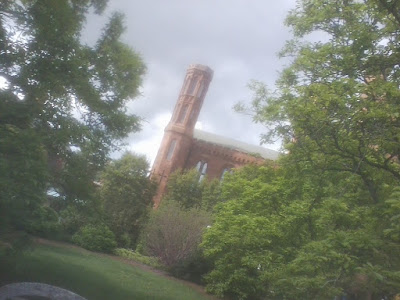 
As for the images, they are mostly topically-unrelated to the entry. What's more, except for the first few images, I am not captioning them since it's fairly obvious what they are. The exception are the last several that were taken in Georgetown's Washington Harbour Potomac riverfront area.
The pictures are posted chronologically. If you are interested in any of them, click on / download that image. The file name contains the place and time information. 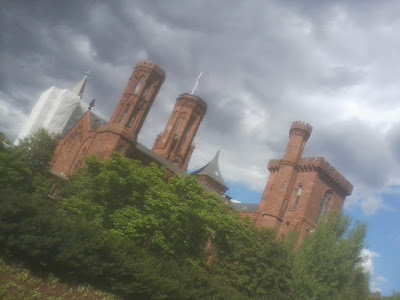 So, I am posting this entry to explain why I probably won't be blogging much for the next week. As an upfront statement, though, things should settle down by early May, as I will be in the process of completing the big "pulse" of work that I've had since February and hope to get back to a more normal schedule. 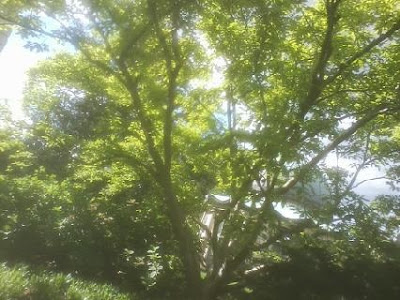 My father is to fly into National Airport tomorrow around noon from Jacksonville for the start of his six-day visit that includes our extended weekend trek up to New Jersey by train. That trip-within-a-trip is basically a sort of nostalgia tour to Long Branch and Asbury Park. I'm hoping I can see a few of my second cousins including Tony who are still up there. 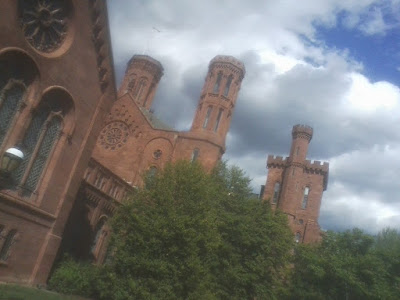 The trip has ended up a costly one -- $900 for the hotel and $600 for two round-trip Amtrak coach-class tickets (adult and old man, er, senior) between Union Station and Newark (where we will get a NJ Transit train down the coast to Asbury Park, where we are staying). Oh, and I'm convinced those online purchases that say only 2 seats available are bullshit. 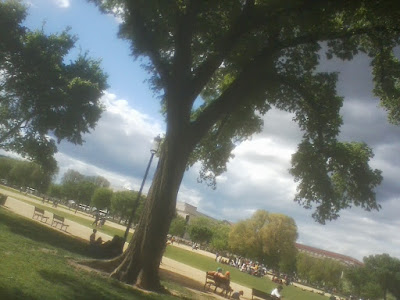 Anyway, we are to return on Monday and have Tuesday free here in D.C. Depending on how my mom feels, she may come down by MARC train from Maryland for the afternoon and we'll go to lunch somewhere, but her mobility is quit limited these days. Then, he leaves on Wednesday.
I suppose I should see him more than once-a-year these days. Likewise, I should see my mother more often. 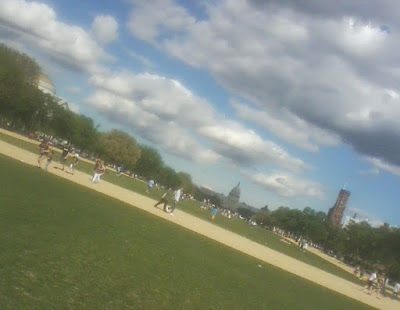 However, over the course of the next 15 hours or so, I need to finish three financial monitoring reports for work (one of which I have already done but it needs revisions). I also need to do my laundry including my current bedding. 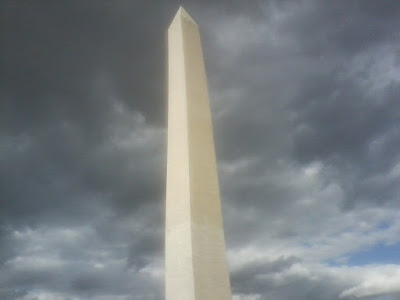 On that topic, I went to the Columbia Heights and purchased a new quilt, pillow, sheets, and pillow cases, all of which I quite needed. But these are for the purposes of making another bed on the floor, where my dad is going to sleep, as I do (yes, I have foam cushion underneath as well), even if he is 78 years old. God, he got old.
The point is, I do not have a regular bed and have not for years. 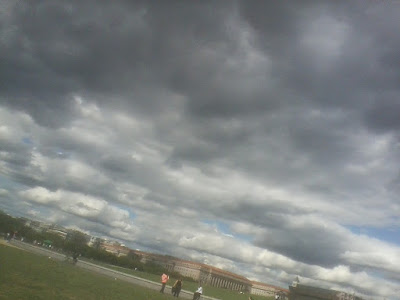 I doubt I have the time to go to the gym tonight, which is a shame because (1) I've gotten borderline pudgy again -- although it looks worse than it is because I'm so goddamn short, which exaggerates the my middle section's apparent width; and (2) I won't be able to go again until next Wednesday. 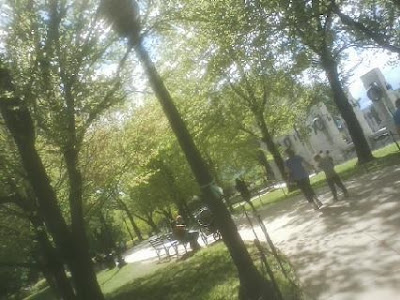 For tonight, I will probably be up until dawn finishing these tedious Grantee financial monitoring reports (that no one reads anyway) -- so MeTV and 1960s and '70s TV shows (Perry Mason, Mannix, Cannon, among others) will keep me company again. I tried to get a lot of sleep last night -- another one of those 12-hour sleeps -- to prepare for this. 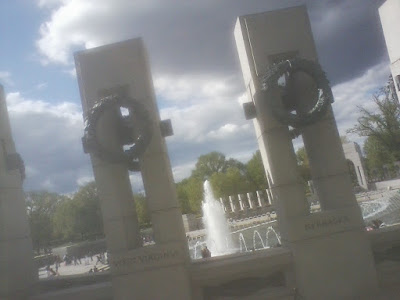 OK, that's all for now. Again, the time of my next entry is uncertain -- it could be over the weekend from New Jersey or possibly not for a week from now. But it will be nice to take a break from the latest Trump lawless political and moral atrocities and the GOP's brazenly, amoral enabling of him. 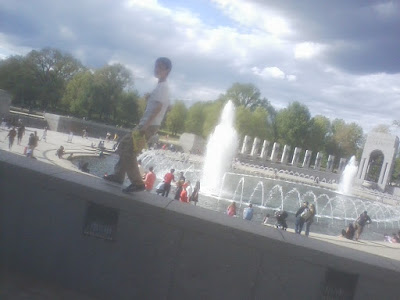 In the wake of the Mueller report, Trump's bullying, hectoring, yet ever-more-meaningless "I WON! I WON!" bullshit tweets. Honestly, at this point, I think Trump wants to be impeached -- since he knows conviction in the Senate is impossible -- as that in his syphilis-addled, solipsistic mind would be another "WIN" for him. 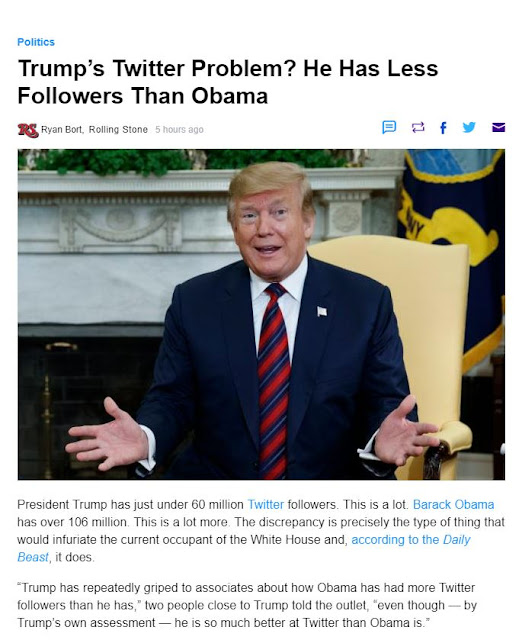 The actual link to the Rolling Stone article referenced in this Yahoo News feed is here.
*******


Speaking of Trump and the socially virulent toxicity of social media, he met with that dick Jack Dorsey of Twitter and, naturally, complained about the number of his Twitter followers (60 million) versus Barack Obama (106 million) (see above image) while Dorsey apparently "gently" explained that a lot of Trump's followers that periodically get removed (making his numbers go down) are Russian bots. This, Dear Children, is what goes through the mind of the Leader of the Free World and Most Powerful Human Being on Planet Earth. 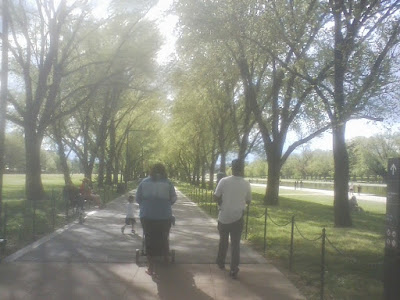 Naturally, this "meme" has been instantly subsumed into the rightwing agitprop media/entertainment complex's contrived victimization narrative about how social media and Big Tech are "bias against conservatives." It's all just goes into the mix of our post-factual, quasi-fascist, late-stage oligarchical capitalist dystopian world, but there you have it. 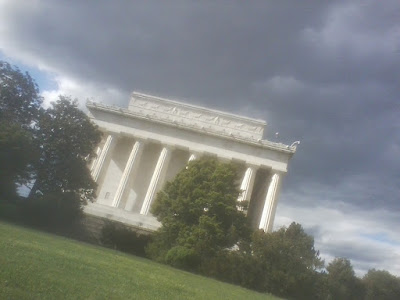 I've made my peace with the fact that Trump's reelection is basically a coin toss -- and even that assumes he wouldn't pull some outright Third World coup-like attempt, although I'm not convinced the military and the judiciary would go along with something of that nature. We'll see. 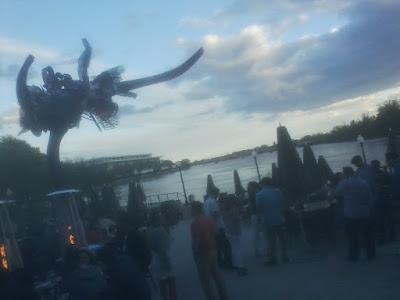 Evening view from Sequoia restaurant in Georgetown of the Potomac River (with Kennedy Center visible), Washington, D.C., 7:10 p.m. April 21, 2019
I sent this picture to my mom and she wanted to know what is that bizarre-looking structure. Well, long story short, it's a sculpture called "Scarlet Natural Chaos" and it was assembled -- or whatever is the term of art -- by Belgian "conceptual artist" Arne Quinze, who explains his artistic vision of it here here.
Here's a close-up of it … 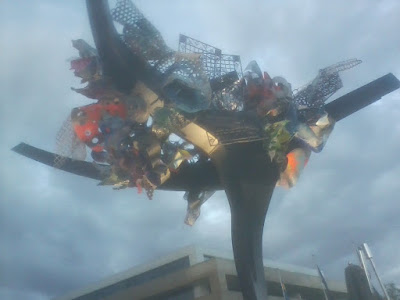 Scarlet Natural Chaos
Rising from the patio property of Sequoia restaurant, and it was commissioned by the founder of Sequoia's parent company. Some people think it's incredible. I think it looks like the end result of eating a oversized plate of cheese, salsa, jalapeno peppers, and sour cream-topped nachos.
******* 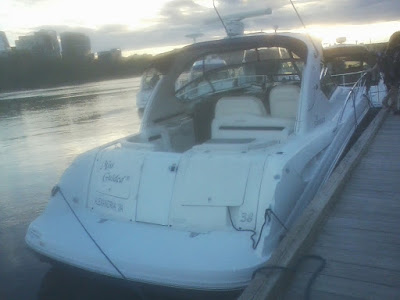 
Returning to the topic of my dad and his impending visit, for reason I don't fully understand, my father is a Trump supporter. To be clear, he had always been a liberal Democratic. And he lives in Florida, where electorally, it matters because of our deranged, indeed, malevolent Electoral College system. The good news is that I don't have cable in my apartment, although the hotel will. 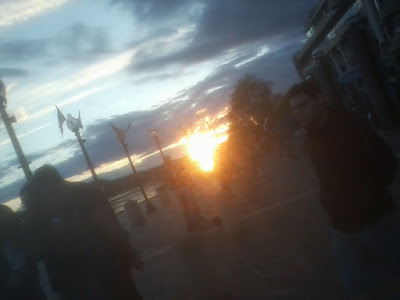 
OK, that really is all for now. Again, my next planned update might not be for a full week.
--Regulus
Posted by Regulus at 6:16 PM