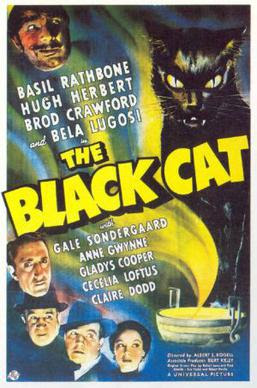 The Svengoolie-hosted scary movie is the 1941 combo comedy/horror film The Black Cat that was "suggested" by the Edgar Allan Poe story of same name.

This movie should not be confused with the 1934 movie also called The Black Cat, although it also features Bela Lugosi, or any other movie of same name (there appears to be at least one other one).


The old lady, Henrietta Winslow, is played by the Scottish vaudevillian actress and singer Cecilia Loftus, who died just two years after the movie came out at the age of 66.
The Buck Rogers in the 25th Century episode was part 2 of Time of the Hawk. Quite an episode. The Hawk becomes a recurring character in season 2. (See here for an explanation.) 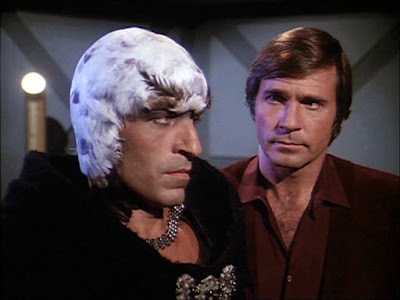 As an update, like last Saturday, I didn't go to the gym today but instead slept all day from the time I went to bed around 6 a.m. to 5 p.m. (getting up a couple of times) -- and living that dream world of multiple realities and worlds.

For tomorrow, I'm unsure whether to just "enjoy" my Sunday free day or, instead, go to the gym. 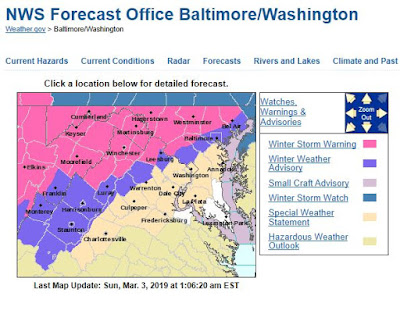 
It sort of depends on the weather and whether I went to walk over to Georgetown (or anywhere) or it would just be better to be at the gym. (This will affect which days I go to the gym during the work week.) .
A mixed bag of precipitation -- snow/sleet/rain is in the forecast, but mostly rain for the immediate D.C. area. There is a winter weather advisory in effect for the northern and western suburbs and a winter storm warning for areas around Frederick and across northern Maryland and the Potomac highlands. 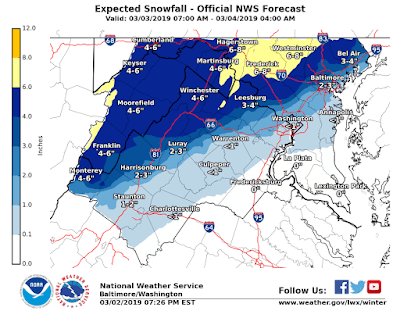 I need to do my laundry a bit later and make dinner. 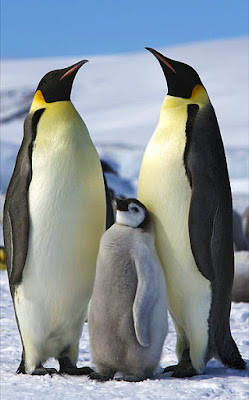 OK, that's all for now. I will post a Jukebox Saturday Night entry momentarily.

To be clear, I didn't finish this entry until after midnight. However, I set the "Schedule" time on it between my previous political-themed update and my Jukebox Saturday Night entry, which I will post momentarily (it also having been scheduled for a March 2nd date).