Peter Wehner on Trump's Central Sick Pathology: "[He] seems to draw energy and purpose from maliciousness and transgressive acts, from creating enmity ... and from attacking the weak, the honorable, and even the dead." 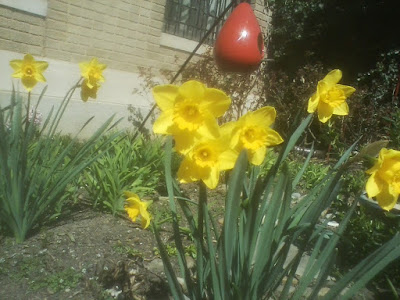 Sun-flooded daffodils in the tiny yard-let of 1709 S St NW, Washington, D.C. 2:21 p.m. March 17, 2019
The pictures in this entry were taken by me this past Sunday as I walked over to Georgetown, where I had lunch at the back bar of Clyde's and then stopped at Rira -- itself quite crowded and festive given that this Sunday was also St. Patrick's Day. They are topically-unrelated to the post itself.
******* 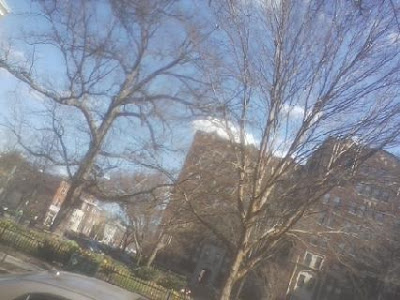 
For this entry, I'd like to post excerpts of a Peter Wehner piece from The Atlantic. The precipitating event was Trump's extra-intense barrage of borderline psychotic rage-tweets this past weekend -- at least 50 -- from his antisocial personality disordered brain through his stubby fingers. 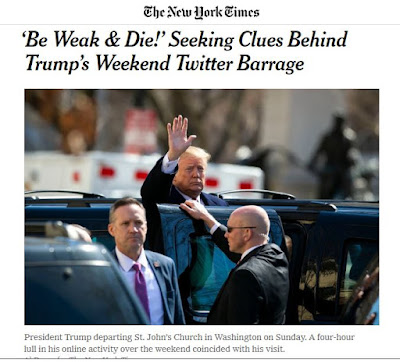 For its part, the New York Times had this piece (screen capture above and link here).
Anyway, without further ado … 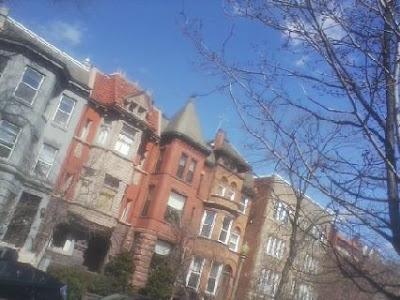 
A Damaged Soul and a Disordered Personality
Source here.

Contributing editor at The Atlantic and senior fellow at EPPC
March 18, 2019


Donald Trump is not well. Over the weekend, he continued his weird obsession with a dead war hero. This time, his attacks on John McCain came two days after the anniversary of McCain's release from a North Vietnamese prison camp … 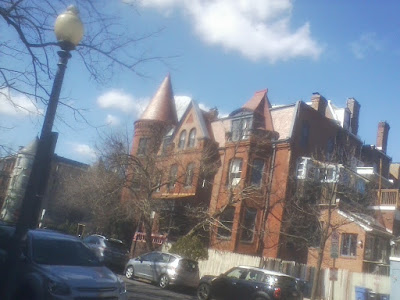 
These grotesque attacks once again force us to grapple with a perennial question of the Trump era: How much attention should we pay to his tweets; and what exactly do they reveal about America’s 45th president? 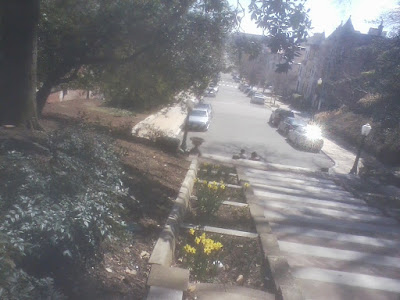 
I'm sympathetic to those who worry that too many Americans spend too much time paying too much attention to what Trump tweets. The danger is that we allow Trump to succeed in keeping us in a state of constant agitation and moral consternation, in ways that are unhealthy and even play to Trump's advantage, allowing him to control the nation's conversation. 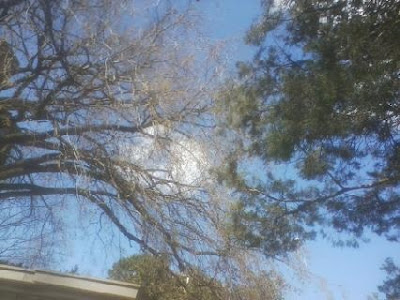 
It doesn't take a person with an advanced degree in psychology to see Trump’s narcissism and lack of empathy, his vindictiveness and pathological lying, his impulsivity and callousness, his inability to be guided by norms, or his shamelessness and dehumanization of those who do not abide his wishes. His condition is getting worse, not better -- and there are now fewer people in the administration able to contain the president and act as a check on his worst impulses. 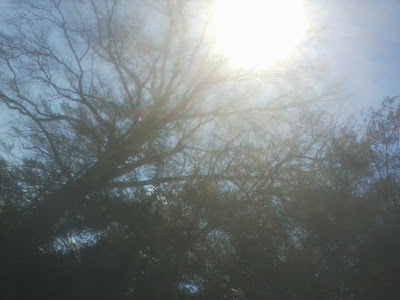 
This constellation of characteristics would be worrisome in a banker or a high-school teacher, in an aircraft machinist or a warehouse manager, in a gas-station attendant or a truck driver. To have them define the personality of an American president is downright alarming. 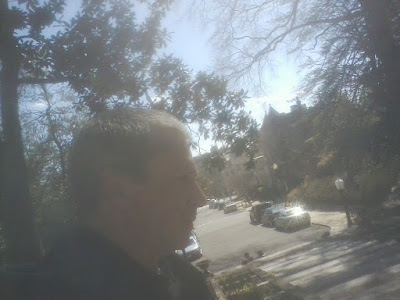 
Whether the worst scenarios come to pass or not is right now unknowable. But what we do know is that the president is a person who seems to draw energy and purpose from maliciousness and transgressive acts, from creating enmity among people of different races, religions, and backgrounds, and from attacking the weak, the honorable, and even the dead. 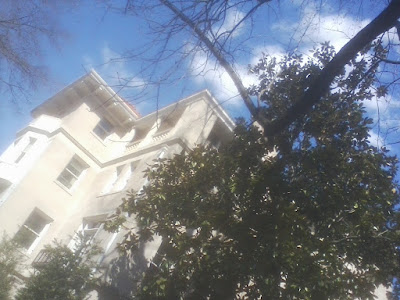 
Donald Trump is not well, and as long as he is president, our nation is not safe. 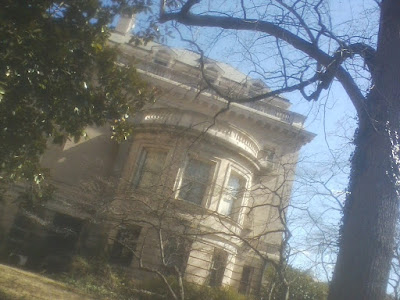 
I'd like to end this entry on a lighter note, but before I get there, I have to first state cite this New York Intelligencer blog piece by Kelsey Hurwitz and Yelena Dzhanova (link embedded): 100-Person Poll: How Will the Trump Presidency End?
This involves a canvas of 100 random New Yorkers going about their daily business. Replies are grouped into percentages. It also includes the views of 14 pundits, journalists, academics, and activists. 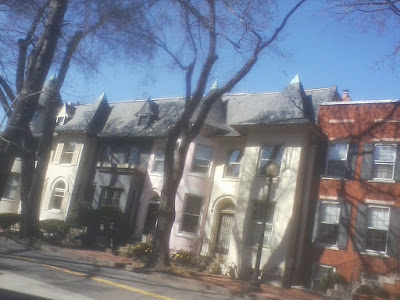 I'd also like to quote the (sort scary) Andrew Sullivan take on it:


This is unknowable, but my sense is that the likely outcome will be, in descending order: (1) He’s impeached but acquitted and wins reelection; (2) the 2020 election is close, the Democrat wins, but Trump insists he won anyway, won’t quit, leading to federal marshals removing him from White House amid civil unrest; (3) a catastrophe in foreign or domestic policy (like, say, Katrina or Iraq) breaks the base; (4) he loses badly to a currently nonexistent Democratic candidate. 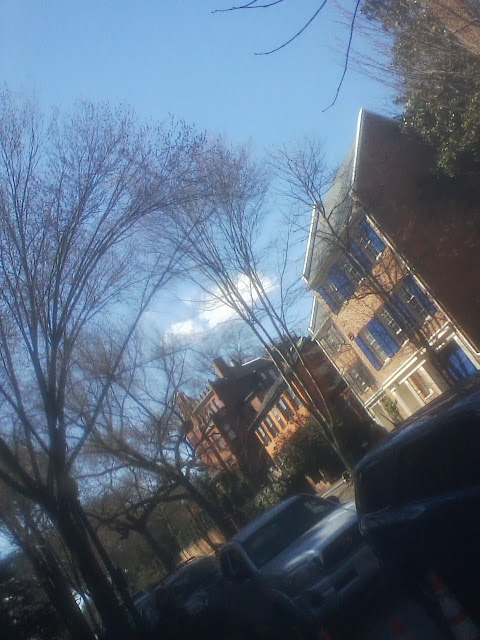 
And that brings us, finally, to the lighter note …
Ann Coulter had this to say (and to be clear, she had a big public falling out with Trump recently):
I assume you’re referring to some future Barron Trump presidency. As for the Donald Trump presidency, it already ended, killed by laziness and lies about the wall. Massive opportunity squandered. From now on, it will just be photo ops and depositions. 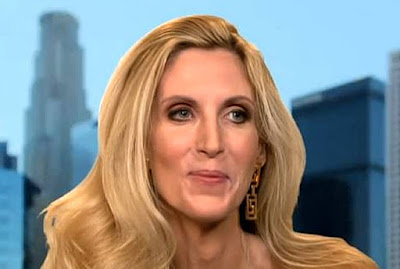 I often wonder if Coulter just comes up with this stuff right off the cuff in her machine gun-fire way or does she develop these thoughts? Regardless, if you view her less as a comedian masquerading as a rightwing provocateur performance artist, the woman actually is often hilarious. 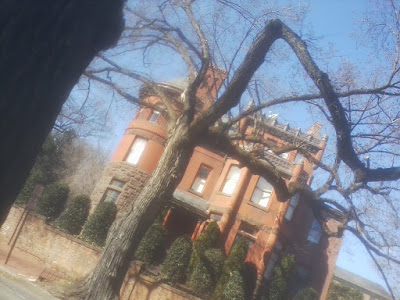