Jukebox Saturday Night for March 9th, 2019: The Bloom, Groove On, and No Scrubs Edition

OK, I am going to post a Jukebox Saturday Night edition after all …
"Bloom" by Mindi Abair from her Life Less Ordinary release (2007)
This is from a live performance.


Next up, a nice smooth jazz piece from a familiar and talented jazz saxophonist …
"Groove On" by Euge Groove from his most recent release Groove On! (2017)
Of note, Steven Eugene Grove -- a.k.a., Euge Groove -- is from Hagerstown, Md.
*******


And we'll end with an R&B piece that is captivating, if not mesmerizing …
"No Scrubs" by TLC from the group's release FanMail (1999)
A "scrub" apparently refers to a loser of a guy -- in the case of this song, someone without a car. The "passenger side" term in the lyrics of this song caught my attention.
As for TLC, from the Keeper of All Knowledge: 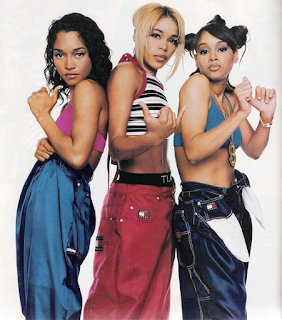 TLC is an American girl group whose original line-up consisted of Tionne "T-Boz" Watkins, Lisa "Left Eye" Lopes and Rozonda "Chilli" Thomas. Formed in Atlanta, Georgia in 1990, the group was very successful during the 1990s despite numerous spats with the law, each other, and the group's record label and management.


They scored nine top-ten hits on the Billboard Hot 100, including four number-one singles "Creep", "Waterfalls", "No Scrubs", and "Unpretty."
Of note, original band member Lisa Lopes was killed in a car crash in April 2002 at age 30.
OK, that's all for now.