Jukebox Saturday Night for March 16th, 2019: The Captain of Her Heart, Cry Me a River, and Dreaming Edition -OR- Piano Manoeuvres

Let's kick off our Jukebox Saturday Night edition with a lovely piano-and-accompanying instrumental ballad …
"The Captain of Her Heart" by the Swiss duo Double from their release Blue (1985)
This was such a big hit for the now-defunct group, Double, that the pair (and its associate members) basically qualify as a one-hit wonder.
As The Keeper of All Knowledge explains:
Blue is the first full-length album from Swiss band Double. 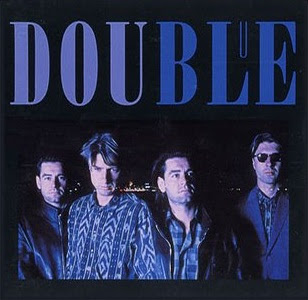 In addition to containing updated versions of two of the band's earlier singles ("Woman of the World" and "Rangoon Moon"), the album included the international smash hit, "The Captain of Her Heart," a plaintive, atmospheric, piano-led ballad which was an immediate success throughout Europe upon its 1986 single release. Follow-up singles "Your Prayer Takes Me Off" and "Tomorrow" were less successful.
To be honest, I've at times confused this song with one I featured in a recent Jukebox Saturday Night edition by another long-defunct group: "Brandy (You're a Fine Girl)" by Looking Glass.
*******


Let's continue the piano ballad theme with this famous piece by a wonderful artist …
"Cry Me a River" in a live performance by the great Diana Krall from her album The Look of Love (2001)
I'm unsure when or where was this live performance. As for Cry Me a River, it was written by Arthur Hamilton and published in 1953 with the late Julie London doing a famous rendition two years later in 1955.
*******


And we'll end with one of those wonderful 1980s-era British hit songs …
"Dreaming" by Orchestral Manoeuvres in the Dark from the band's The Best of OMD (1988)
Yes, "manoeuvres" -- not "maneuvers," and, yes, the song appeared on a "Best of" album without having been previously released.
The vocalist here is Andy McCluskey.
******* 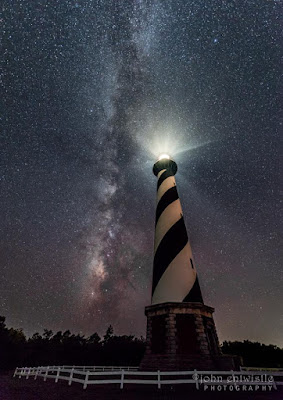 I am not posting a Saturday Evening Post tonight.

For starters, there really wasn't anything beyond a political-themed entry that I wanted to post and, well, a big part of me is just very tired of effectively turning this blog over into a Trump forum -- true, a fiercely anti-Trump forum, but a Trump forum nonetheless -- since such an outcome is precisely what that lunatic seeks out of existence and reality itself.


Above: The Cape Hatteras Light and the Milky Way, Aug 2017; photo by John Entwhistle.
Also, I should note that given my scheduled trip to San Francisco / the Bay area next week, I probably won't have another Jukebox Saturday Night edition until at least March 30th.
My next planned entry will be late Monday or Tuesday.
--Regulus