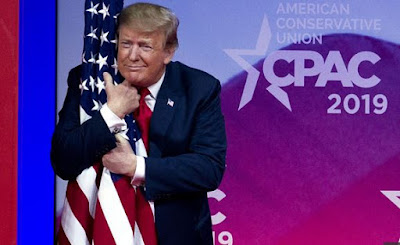 The world-class grifting gangster and Elmer Gantry-like con artist -- complete with his signature red tie -- on display today at the CPAC 2019 hate fest.
******* 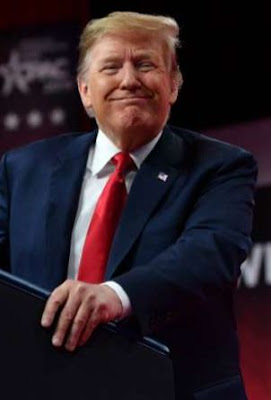 Donald J. Trump, the syphilitic, antisocial personality disordered cretin occupying the office of President of the United States, today gave one of his monomaniacal but otherwise incoherent, disjointed harangues featuring his standard dissociation from reality to the annual Nazi-Con hate-fest known as the Conservative Political Action Conference (CPAC) being held once again at the National Harbor complex.


(I've yet to go to National Harbor since the vulgar place opened, and I've no desire to do so.)
The shit-flinging monkeys that attend CPAC were as horrible as ever. 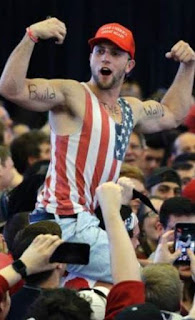 To be clear, the CPAC hate-fest is a D.C. type event, not the Hillbilly Nuremberg rallies that define Trump Red State campaigning -- and that will be a staple of his "reelection" campaign over the next 20 months. But the Republican Party as secularized ethno-nationalistic cult -- rather than a normal political party in a representative democracy -- is so morally rotted and ethically diseased that the Trump pharaonic worship is more disturbing than funny.


I would like to point out this New York Times op-ed by Peter Wehner -- written in the wake of the Michael Cohen House testimony -- on how degenerately compromised the GOP as a party has become in the era of Trump (link embedded): Republicans Sink Further Into Trump's Cesspool.
The sub-headline is also worth repeating: What they left out of their questioning of Michael Cohen says more about the degradation of my former party than anything they said.
This is the key point: 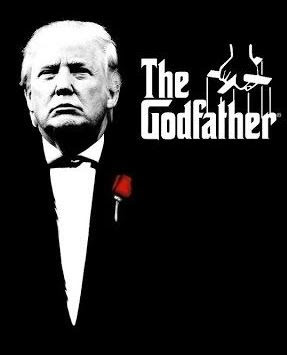 Trump is a gangster sitting atop a "Cosa Nostra" family-based sprawling criminal enterprise, and anyone and anything outside of it that associates with him ends up hollowed out, corrupted, and destroyed -- cast upon that metaphorical pile of shit. This is PRECISELY what Trump is doing to the GOP since it highly susceptible to capture by an amoral charlatan.


On a personal level, while I wouldn't care to see the Republican Party meet such a well-deserved end and, ideally, replaced by a sane center-right political party. 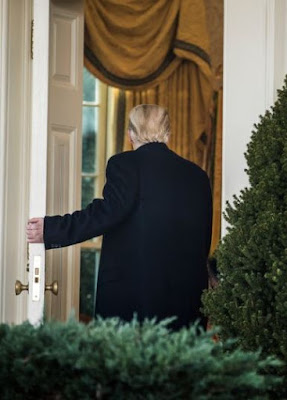 However, the fact is that the entire political structure of the United States is centered, for better or worse, on two-party system with each having 35 to 40 percent base support, and if one of those two parties goes nuts, it badly damages the United States.

For more on the GOP's behavior at the Cohen hearing, see also these two commentary pieces (links embedded): 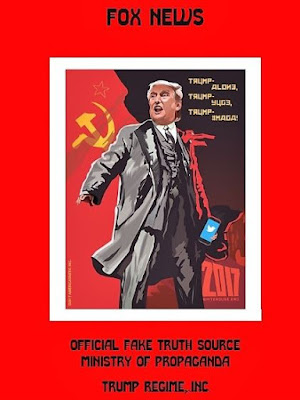 The Republican Party is indeed a epistemically closed inverted Marxist cult based upon racial, ethnic, and economic fear and loathing. In its nihilism, it is wholly unable to "govern" in any meaningful sense of that word, although it possesses -- and will continue to possess for a long time -- a vast amount of political power that it will continue to use to create its dystopia.


Yes, the Dems have their own issues including a disturbing illiberal PC bent among a segment of it that prioritizes cultural identity and related victimization -- with all the terrible things that can result from that approach.
But the GOP is far, far worse in terms of its rotted state and the danger it poses to society and the wellbeing and health of our civilization and planetary biosphere. 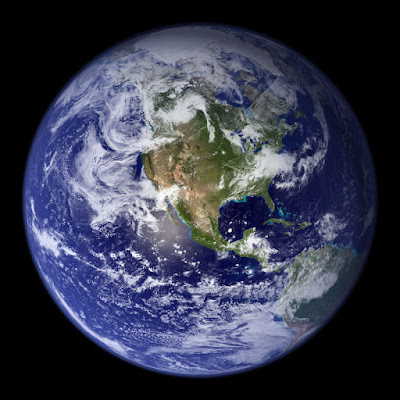