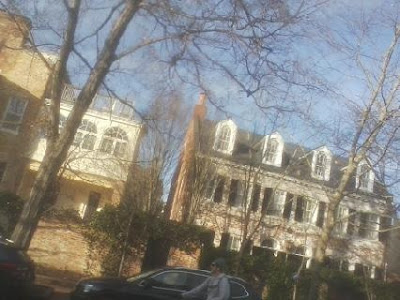 
After sleeping most of the day, I went to the gym and got in a shortened but good workout. At this hour, it is a cold, tranquil night with temps around 30F here in the city and 20s in the suburbs. The forecast calls for a wintry mix followed by rain on Monday and Tuesday.

As is my usual custom these days, I'm watching the MeTV Saturday night / Sunday after midnight lineup.

The Svengoolie-hosted movie was the silly movie Abbott And Costello Go To Mars. (They never actually go to Mars but instead go to Venus.)

Lost in Space featured the episode "The Cave of the Wizards" while Buck Rogers in the 25th Century is "Flight Of The War Witch: Part 1." At midnight, Star Trek: The Original Series is "Charlie X."


This is followed by Voyage to the Bottom of the Sea ("The Mechanical Man") and Land of the Giants ("The Trap"). 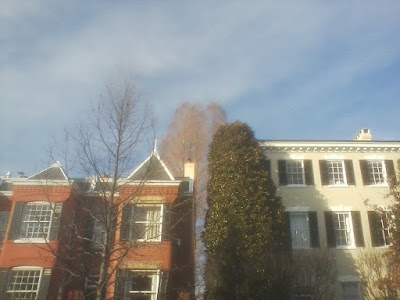 More super-expensive houses in the 3000 block of O Street NW, Georgetown, Washington, D.C., 3:56 p.m. Feb 3, 2019
Of note, in this picture are visible the two (or maybe its a cluster of) unusually tall bald cypress trees that grow in the small yard between the houses in the southside of the 3000 block of P Street -- possibly 3012 P Street -- and the northside of the 3000 block of O Street. Bald cypress are deciduous conifer trees -- seasonally dropped their needles and sprouting a new set in the spring.
These two trees may in fact be the tallest trees in Georgetown -- easily surpassing 100 feet, possible more like 130 to 140 feet.
******* 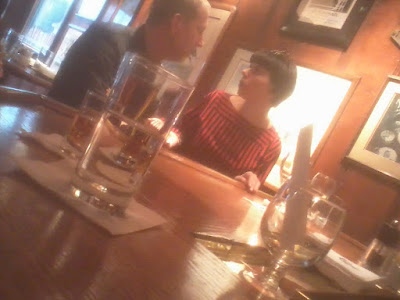 A couple at the bar at Clyde's restaurant in Georgetown, Washington, D.C., 5:16 p.m. Feb 3, 2019
I had walked to Clyde's last weekend for lunch and then headed back home. I went over to Fred and Doug's place next door (in the Northumberland) to watch two episodes of 'Allo, 'Allo! on Netflix, but owing to being rather drunk, I fell asleep by the second episode. The plan is to have a do-over again tomorrow. Thereafter, they are away for two weeks on a trip to Copenhagen.
******* Alley behind the Northumberland between U and V Streets, Washington, D.C., 1:48 p.m. Feb 8, 2019
The winter blue sky yesterday featured quite a picturesque array of high clouds -- cirrus tufts and wisps and cirrocumulus "mackerels" plus cirrostratus and possibly altostratus puffs -- along with long-duration condensation trails of high-flying passenger jets.
*******


At this point, I'd like to insert the YouTube clip of a New Rule segment of Bill Maher's most recent Real Time program. The topic is debunking that stupid, ultimately low-information voter view that "both sides" -- Democrats and Republicans -- are "equally to blame" for the political dysfunction that has led to the malevolent, chaotic, and destructive Trump regime.
It's definitely worth a watch.


Changing topics, I'm rather concerned about my work situation, specifically, the amount of work I need to do in the coming weeks to include no fewer than a dozen financial monitoring reports and transcription work of a meeting I attended at the end of January. I'm not sure how I'm going to get it all done. 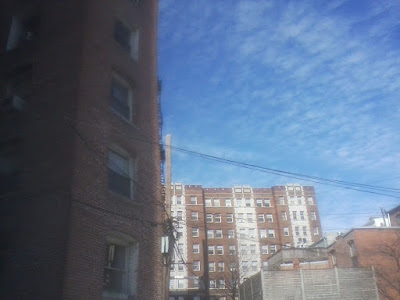 Another view from the alley behind the Northumberland between U and V Streets with the Wakefield Hall building visible, Washington, D.C., 1:48 p.m. Feb 8, 2019
*******


For tomorrow, my plan is to get up earlier than I normally do on Sunday and head over to Georgetown or, alternatively, if I am going to meet Tim. Looking ahead, my next planned entry will be late Monday or early Tuesday. 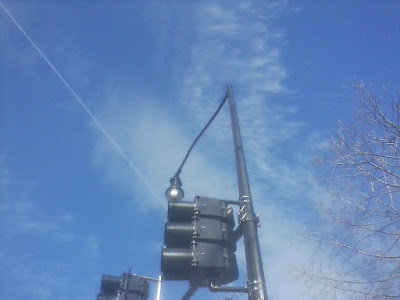 
Before signing off, I'd like to call attention to this CWG entry (link embedded): Undeniable warming: The planet's hottest five years on record in five images.
The topic is predictably depressing in a broken record quality, a topic well known to anyone not a Republican and/or Teabagger (the latter being a subset of the former).
OK, that's all for now. Jukebox Saturday Night edition to follow momentarily …
--Regulus
Posted by Regulus at 11:50 PM