Welcome to this week's edition of Jukebox Saturday Night. This week, I'm keeping it 1970s soft rock light and easy …
"Rock and Roll Heaven" by The Righteous Brothers from their album Give It to the People (1974)
This song was actually first performed by Climax in 1973, but it is The Righteous Brothers' version that as the big hit the following year. This YouTube version features a nice arrangement of photos of famous singers who have passed away -- and thus in in keeping with the theme of the song.
******* 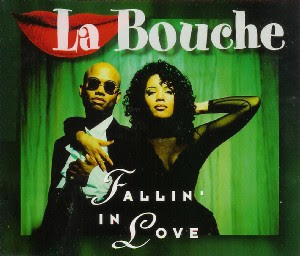 Of note, La Bouche did a remix of this song on their 1995 Sweet Dreams breakthrough album. Tragically, Melanie Thornton, half of the La Bouche duo, was killed in a plane crash in Nov 2001. Lane McCray has attempted to keep the band alive.


I have featured Hamilton, Joe Frank & Reynolds in a two previous Jukebox Saturday Night editions -- here and here -- except I repeated the same song. I also alluded to them in this edition.
*******


Now, no 1970s musical medley would be complete without a song from this band …
"Too Much Heaven" by the Bee Gees from their album Spirits Having Flown (1979)
The song itself was released in 1978. As with the Fallin' In Love song featured directly above, The Keeper of All Knowledge gives us these factoids about its No. 1 chart position: 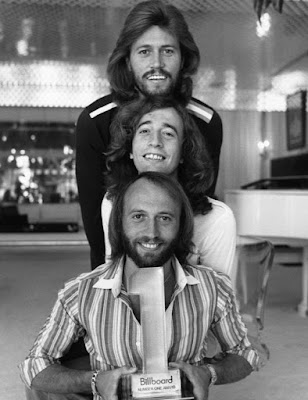 It hit No. 1 in both the United States and Canada. In the United States, the song was the first single out of three from the album to interrupt a song's stay at #1. "Too Much Heaven" knocked "Le Freak" off the top spot for two weeks before returning to #1 again. It also rose to the top three in the United Kingdom.


In the US, it would become the fourth of six consecutive No. 1s in a single year, equaling the record set by Bing Crosby, Elvis Presley, and the Beatles for the most consecutive No. 1 songs.
*******


And we'll end up with something quintessentially 1970s upbeat and fun …
"That's the Way (I Like It)" by KC & the Sunshine Band from the group's self-titled second studio album (1975)
It goes without saying that this song was hardly subtle in its meaning. 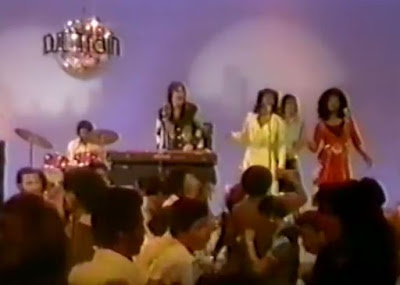 This YouTube version is from a Soul Train live performance -- in full 1970s disco era performance art style -- that was aired in, I think, Japan -- hence the subtitles at the beginning. 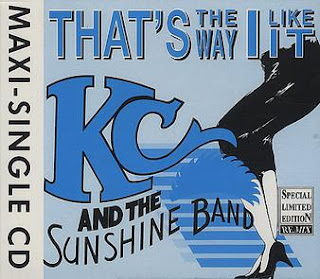 This song was the group's second Billboard Hot 100 number one hit (following Get Down Tonight earlier that year). And it has an odd distinction of hitting #1 on two distinct occasions in the same one month period (during Nov - Dec 1975).


OK, that's all for now. Rather than hurriedly try to complete an entry around midnight, my plan is to post an entry in the wee hours. As it is, I'm home tonight, as is my Saturday night custom, watching MeTV sci-fi shows and about to make dinner and do my laundry.
-- Regulus