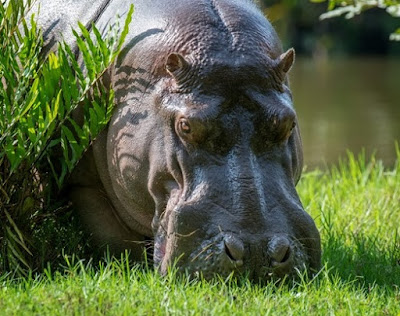 Long time readers of this blog know that it always has room for entries on hippos. This includes the bizarre case of Pablo Escobar's "cocaine hippos" -- and how they may very well become the ultimate invasive species in northern South America (rivaling only, I suppose one could argue, human beings there and everywhere else on Planet Earth). 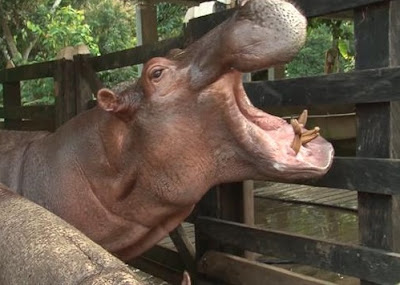 In this case, the great Charles Pierce uses the story of Pablo Escobar's hippos as a cautionary tale of unintended consequences, in this case, political, specifically, on the matter of how the Electoral College ended up giving us Donald Trump as president. 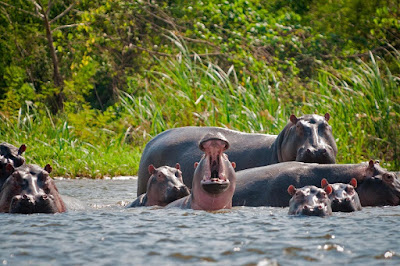 This image source is itself noteworthy; see here.
*******


The images in this entry are not necessarily of those particular hippos, although the first half of them mostly are. I've also reworked the article a bit to include a direct link to and excerpt from the CBS News article.
--Regulus 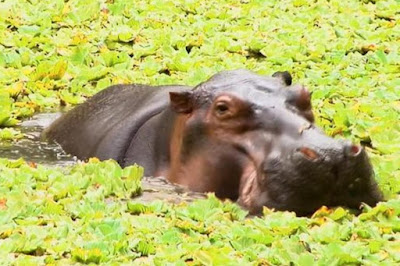 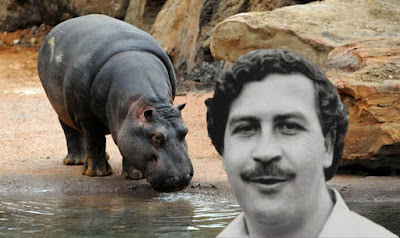 One of the most useful tropes in political writing is the concept of unintended consequences. For example, the Electoral College sounded like a good idea in Philadelphia in 1787, especially to those in the powdered-wig set who distrusted the people and/or wanted to keep buying slaves. 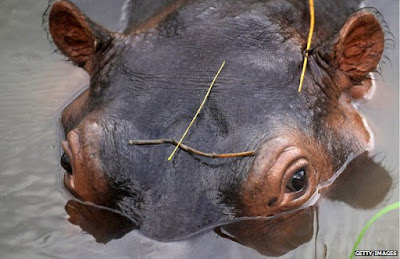 But they didn't see how it inevitably would lead one day to a grifting buffoon leading the nation. But just because it's now a cliché doesn't mean there isn't truth at its heart. For example, big-ass unintended consequences are swimming around Colombia these days. 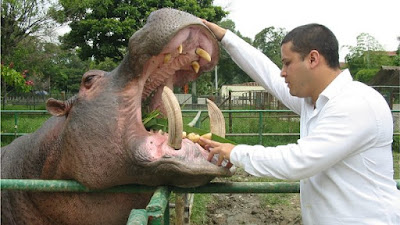 The late druglord Pablo Escobar had a private zoo. When Pablo got ventilated by the Colombian National Police in 1993, the animals in his zoo were sent off to live elsewhere. Except for the hippos. The hippos stayed in Colombia. And hippos make other hippos. 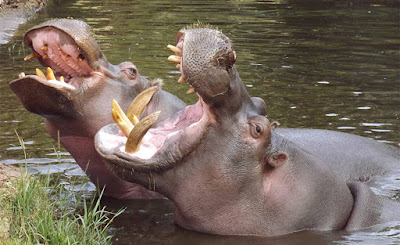 From CBS News (and here I'm quoting directly from that article): 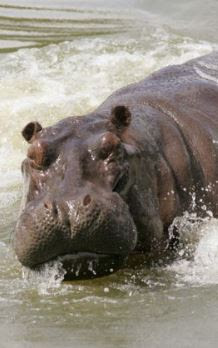 The story of Colombia's hippos starts in Villa Napoles, the former estate of Pablo Escobar, who in his heyday had four hippos smuggled there for his private zoo. Escobar's ranch housed hundreds of exotic animals including rhinos, elephants and giraffes.


By the 1980s, his cocaine empire made him the wealthiest and most feared drug lord in the world. For Colombia, it was a reign of terror. He's said to be responsible for some 7,000 deaths. 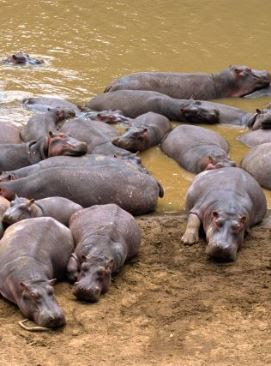 Around the time Escobar met his death in the early 90s, the government relocated most of the animals but not the hippos who were basically allowed to roam free… "People forgot the hippos," said biologist David Echeverri, who works with CORNARE, the environmental agency in charge of tracking and managing the hippos in the region. He estimates there are about 50 or more of them now …


The majority of the hippos still live inside Escobar's former estate, which was turned into a theme park in 2007, but the issue is that they can't keep them contained. Some have been able to get out which is how they are turning up in other areas. 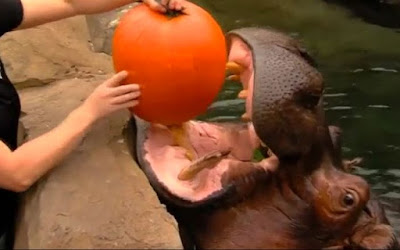 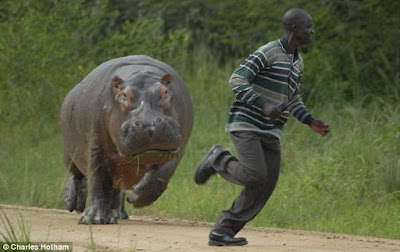 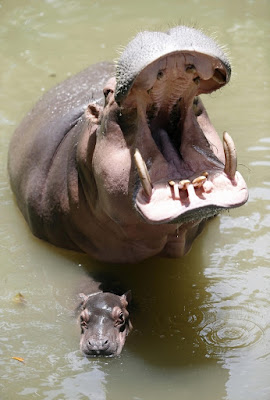 IN THE EARLY years of the last century, the U.S. Congress considered a bold and ingenious plan that would … solve two pressing problems -- a national meat shortage and a growing ecological crisis. The plan was this: hippopotamus ranching. Hippos imported from Africa and raised in the bayous of Louisiana, proponents argued, would provide a delicious new source of protein for a meat-hungry nation.


In the process, the animals would gobble up the invasive water hyacinth that was killing fish and choking off waterways. It would be an epic win-win. A bill was introduced in Congress, and newspaper editorials extolled the culinary virtues of "lake cow bacon." 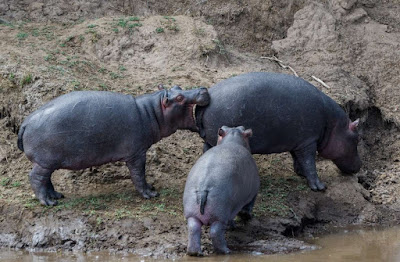 
Alas, lake cow bacon never made it to market because hippo ranching never caught on. This is probably a good thing for the folks who live on the bayou, who have enough problems with alligators. This has been Hippos Through History, a new feature of the blog that will be part of our extended coverage of the 2020 election.