Jukebox Saturday Night for January 5th, 2019: Muskrat Love, War, and Remembrance -OR- Under the Dark Side of the Moon Edition 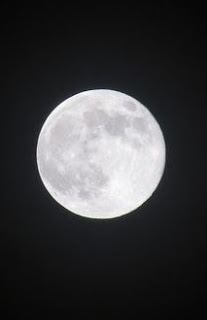 As an early celebration of the upcoming total lunar eclipse -- it occurs on Jan 20 - 21st and has been dubbed the "Super Blood Wolf Moon" (yikes) -- and this week's successful and historic landing of China's Chang’e 4 probe on the far ("dark") side of the Moon, this seems only appropriate to begin this week's edition of Jukebox Saturday Night with this wonderful old standard from 1928 …
"Get Out and Get Under the Moon" as performed memorably by Helen Kane (1928)
*******


Next up, in memory of Daryl Dragon -- yes, that was his actual name but forever to be known as -- "the Captain" of Captain and Tennille fame, who passed away on Wednesday at age 76 …
"Love Will Keep Us Together" by Captain and Tennille from their album of same name (1975)
Sorry that the YouTube video "freeze frame" image for this is so blurry. It's a very good video overall. Of note, the backup singers on this were none other than members of the legendary Wrecking Crew. 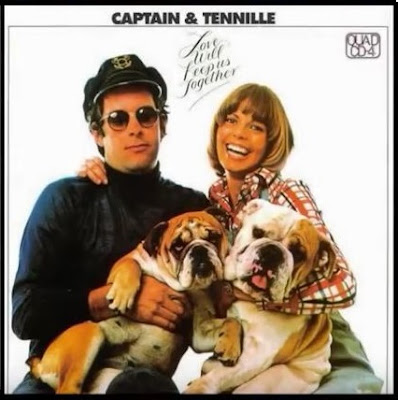 This song was actually written by Neil Sedaka and Howard Greenfield in 1973, but it was this Captain and Tennille version that has forever defined it.
Though he and Toni Tennille had divorced, they had remained good friends and she was at his side when he passed.
*******


Now no Captain and Tennille tribute would be complete without this song …
"Muskrat Love" by Captain and Tennille from their album Song of Joy (1976)
As with Love Will Keep Us Together, this song was written and performed by others, but their version was the most famous and remains the most memorable. This video is from a live performance in 1980 from her short-lived talk show The Toni Tennille Show.
*******


Speaking of memorials and remembrances, it was two years ago today that my stepfather passed away. He was a Vietnam vet -- and very proud of his service. That being the case, I think this is a very suitable song to feature …
"For What It's Worth (Stop, Hey What's That Sound)" by Buffalo Springfield from the trio's eponymous debut album (1966*)
*The song doesn't appear until the second pressing of this album in March 1967.
The Keeper of All Knowledge explains that this wasn't originally intended as an anti-Vietnam War song but it certainly took on that meaning.
OK, that's all for now. Please see my previous entry for an update.
--Regulus
Posted by Regulus at 11:56 PM