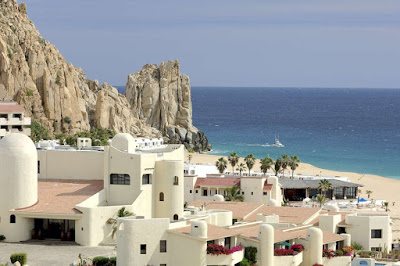 Seaside view, Cabo San Lucas, playground for the idle rich and Kardashian-style celebrity famous to do while away their endless free time in between social media posts.
OH, NO and EGADS … I just violated my own, inviolate NO KARDASHIAN ZONE rule of this my Regulus blog …

Anyway, this is the more famous natural scenic wonder in Cabo San Lucas … 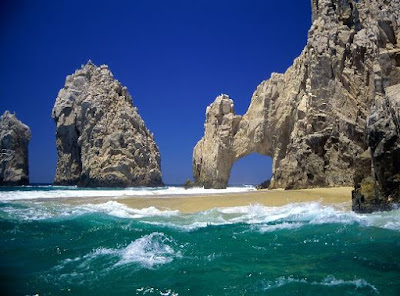 
Back from the gym where I went for a second consecutive night and in my wee apartment here in D.C. I'm watching Perry Mason ("The Case of the Credulous Quarry") on MeTV. 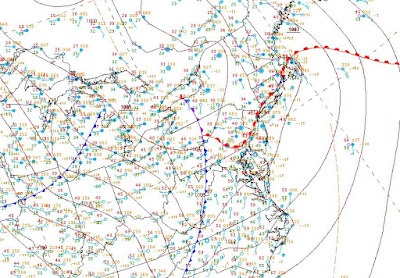 
I have my window air conditioner humming away as I write this entry. Yes, it is early January, but it is a mild night (temps around 55F at the 11 p.m. hour) with some heavy rain showers having just passed through ahead of a double cold frontal passage later tonight and tomorrow.
The warm front bisected the region earlier today with KBWI and KDCA on opposite sides of it -- hence an 8 p.m. temp of 43F at the former and 58F at the latter, respectively. 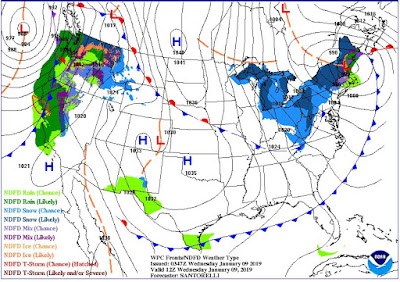 
Rainfall amounts around the region tonight were light tonight to include 0.16" at KDCA and 0.08" at both KBWI and KIAD, but this fell quickly -- and right as I was walking the short home from the gym. There might be another gusty, squally shower a bit later as the first front crosses the region. 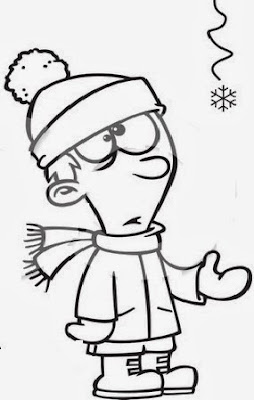 The leading cold front marks the start of what looks to be a significant pattern change to a more winter-like "regime." In addition, there is a chance of a coastal storm with possible light to moderate snowfall in the Baltimore and Washington areas. The 0Z operational GFS from last night had about 10 inches of snow here while tonight's has about half that amount.


The 12Z Euro earlier put down about 6 inches -- but up to 10 in the Richmond area, where there was already a major snowfall earlier this season (in November). 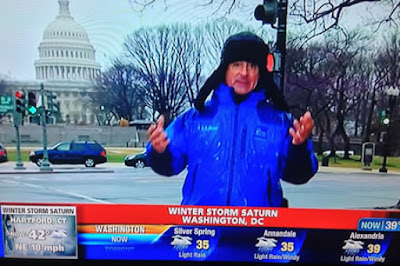 Assuming it looks as though that system will materialize, I'll have more to say on it in the coming days. However, I'm not going to go down that perennial D.C. area winter season rabbit hole right now.
A warmer and more pleasant clime … 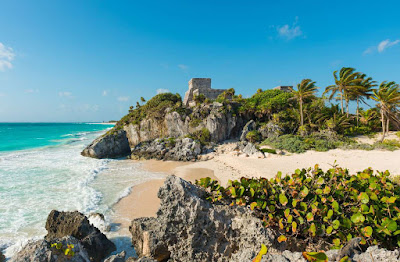 Tulum on the Caribbean Sea of Mexico's Yucatán Peninsula.
Trump can put his "Big, Beautiful Wall" there around one of his gangster run-like properties.
*******


I would like to post a political-themed update but it would just take too long. The partial Federal Govt shutdown drags on with no end in sight, but as I wrote on Saturday, I am so very fortunate that the agency I support (as a contractor) is not impacted by this shutdown. (As a contractor, I would simply be out of all that salary during the furlough.) 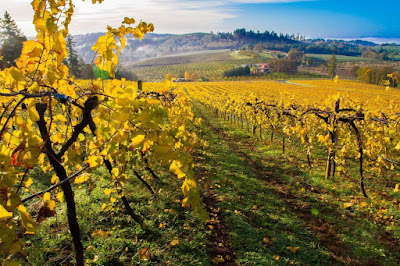 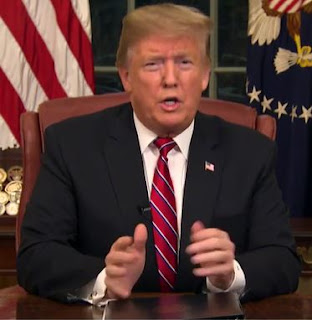 Trump gave his weird Oval Office nationally televised speech tonight -- spewing the same lies and shit about the fake "border security emergency" and need for that fucking wall. It was his first such address nearly two years into a presidency that resides somewhere between a Twilight Zone episode and an SNL skit.


Of course, lacking the howling mobs of his "Hillbilly Nuremberg" rallies to act props, and looking very LOW ENERGY while sniffing loudly and frequently (?) -- he reportedly didn't even want to do the address but was convinced by advisers -- Trump came across with all the sincerity of a robocall and all the majesty of a rotting, engorged pumpkin in a very soggy field around late November. 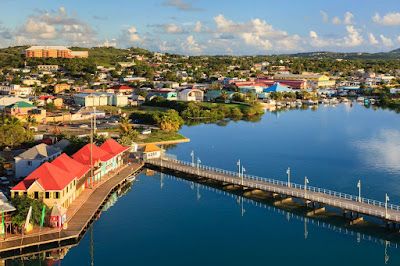 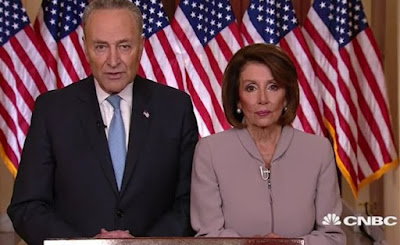 Chuck and Nancy. Yes, as others quickly noted, this has "American Gothic" written all over it.
While we're making comments about appearances, though, let me just say: Speaker Pelosi looks pretty damn good considering she's not THAT far from 80. Also, as many others have said, she's tough as nails. Thank God.
*******


OK, that's all for now. Tomorrow night is a non-gym night and I may stop somewhere for dinner or a drink. I'll also try to post another entry tomorrow night. During the day, though, at work, I really need to be productive as I run the risk of falling behind again.
--Regulus
Posted by Regulus at 11:57 PM