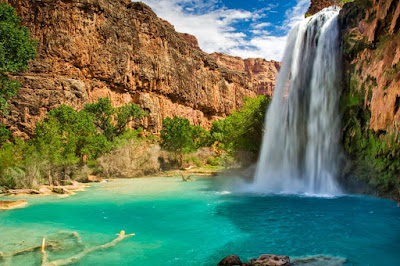 Havasu Falls, Grand Canyon, Arizona
The images in this posting are topically-unrelated to the political-themed nature of the entry, but I find them pretty and a needed distraction. They come from this MSN photo-montage article: Your ultimate 2019 travel bucket list. 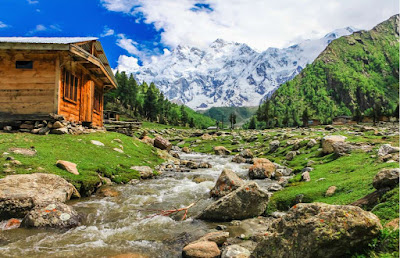 A high alpine stream in Pakistan … This image looks like it could come from Colorado or Washington, especially with the wooden cabin -- except that mountain in the distance is just TOO MASSIVE and even frightening looking.
*******


Only a subset of them are captioned, so if you are interested in any of them, either download the image and see file name or scroll through the article above. 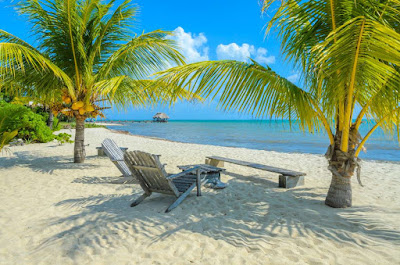 This op-ed by the great Paul Krugman needs to be reposted in full …
Donald Trump and His Team of Morons
Nobody left besides those with no reputation to lose.
By Paul Krugman
Opinion Columnist
Jan 14, 2019
Print edition: Jan 15, 2019 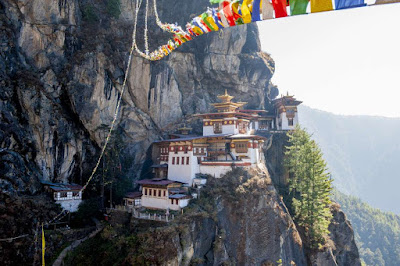 A mountainside temple complex in Bhutan
*******


There have been many policy disasters over the course of U.S. history. It's hard, however, to think of a calamity as gratuitous, an error as unforced, as the current federal shutdown.
Nor can I think of another disaster as thoroughly personal, as completely owned by one man. When Donald Trump told Chuck Schumer and Nancy Pelosi, "I will be the one to shut it down," he was being completely accurate -- although he went on to promise that "I'm not going to blame you for it," which was a lie. 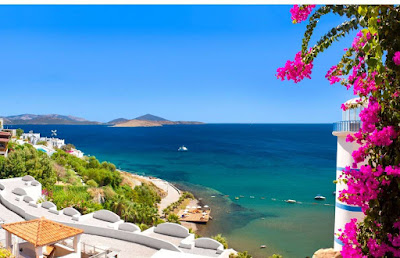 Still, no man is an island, although Trump comes closer than most. You can't fully make sense of his policy pratfalls without acknowledging the extraordinary quality of the people with whom he has surrounded himself. And by "extraordinary," of course, I mean extraordinarily low quality. Lincoln had a team of rivals; Trump has a team of morons. 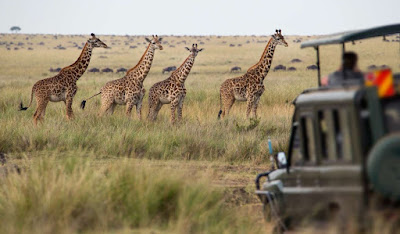 If this sounds too harsh, consider recent economic pronouncements by two members of his administration. Predictably, these pronouncements involve bad economics; that's pretty much a given. What's striking, instead, is the inability of either man to stay on script; they can't even get their right-wing mendacity right. 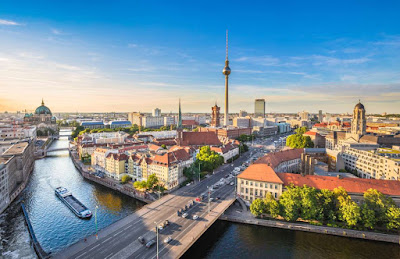 First up is Kevin Hassett, chairman of Trump's Council of Economic Advisers, who was asked about the plight of federal workers who aren’t being paid. You don't have to be a public relations expert to know that you're supposed to express some sympathy, whether you feel it or not. After all, there are multiple news reports about transportation security workers turning to food banks, the Coast Guard suggesting its employees hold garage sales, and so on. 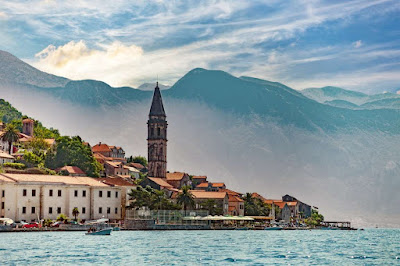 So the right response involves expressing concern about those workers but placing the blame on Democrats who don't want to stop brown-skinned rapists, or something like that. But no: Hassett declared that it's all good, that the workers are actually "better off," because they're getting time off without having to use any of their vacation days. 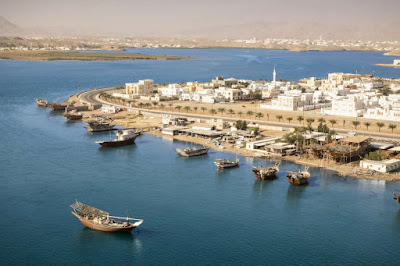 
Then consider what Sean Hannity had to say about taxing the rich. What’s that? You say that Hannity isn’t a member of the Trump administration? But surely he is in every sense that matters. In fact, Fox News isn't just state TV, its hosts clearly have better access to the president, more input into his decisions, than any of the so-called experts at places like the State Department or the Department of Defense. 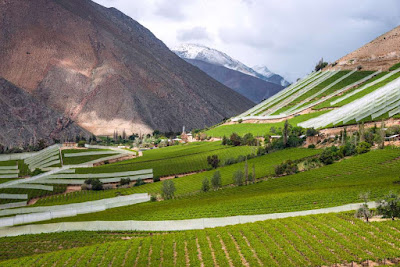 Anyway, Hannity declared that raising taxes on the wealthy would damage the economy, because "rich people won't be buying boats that they like recreationally," and "they're not going to be taking expensive vacations anymore." 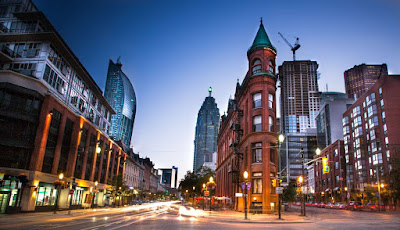 Um, that's not the answer a conservative is supposed to give. You're supposed to insist that low taxes on the rich give them an incentive to work really really hard, not make it easier for them to take lavish vacations. You're supposed to declare that low taxes will induce them to save and spend money building businesses, not help them afford to buy new yachts.
Even if your real reason for favoring low taxes is that they let your wealthy friends engage in even more high living, you're not supposed to say that out loud. 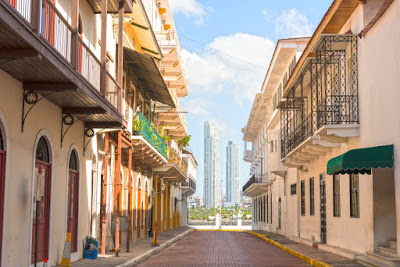 Again, the point isn't that people in Trump's circle don’t care about ordinary American families, and also talk nonsense -- that's only to be expected. What's amazing is that they’re so out of it that they don't know either how to pretend to care about the middle class, or what nonsense to spout in order to sustain that pretense.
So what's wrong with Trump’s people? Why can't they serve up even some fake populism? There are, I think, two answers, one generic to modern conservatism, one specific to Trump. 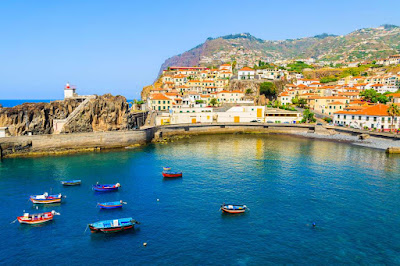 On the generic point: To be a modern conservative is to spend your life inside what amounts to a cult, barely exposed to outside ideas or even ways of speaking. Inside that cult, contempt for ordinary working Americans is widespread -- remember Eric Cantor, the then-House majority leader, celebrating Labor Day by praising business owners. So is worship of wealth. And it can be hard for cult members to remember that you don't talk that way to outsiders. 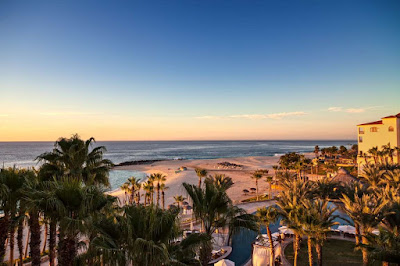 Then there's the Trump effect. Normally working for the president of the United States is a career booster, something that looks good on your résumé. Trump's presidency, however, is so chaotic, corrupt and potentially compromised by his foreign entanglements that anyone associated with him gets tainted -- which is why after only two years he has already left a trail of broken men and wrecked reputations in his wake. 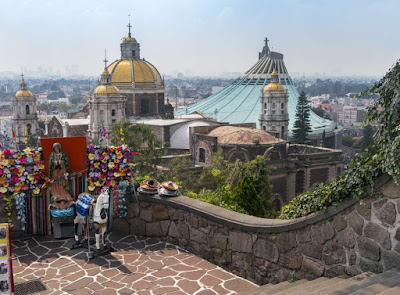 So who is willing to serve him at this point? Only those with no reputation to lose, generally because they're pretty bad at what they do. There are, no doubt, conservatives smart and self-controlled enough to lie plausibly, or at least preserve some deniability, and defend Trump's policies without making fools of themselves. But those people have gone into hiding.
A year ago I pointed out that the Trump administration was turning into government by the worst and the dumbest. Since then, however, things have gotten even worse and even dumber. And we haven’t hit bottom yet.
******** 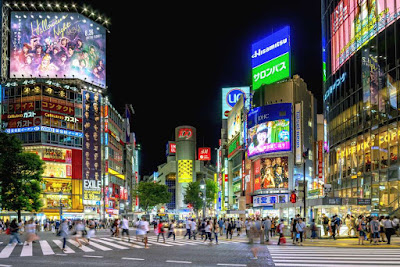 
And speaking of the partial federal government shutdown, we are wrapping up day 25 -- and quickly approaching the one-month part -- with ZERO progress showing. It is looking at those it will last for months and only drastic action -- such as striking TSA and/or air traffic controller workers -- will cause enough of a crisis to force an ending. 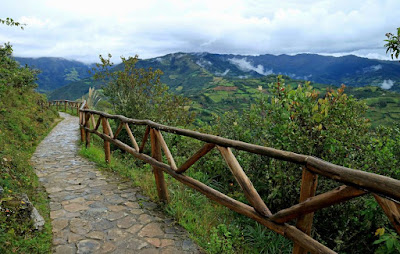 Trump has no desire to end it because it serves his own purposes (at least for now) even as a tsunami of scandal engulfs his ethically diseased and morally rotted regime of an administration.
On a personal note, and as I've mentioned before, I feel very grateful that the agency my company supports is fully funded and regularly just about normally. 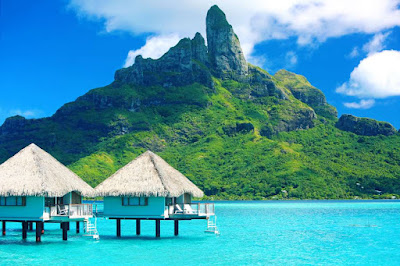 
Here is a must-read article from Bloomberg that sums up where things are headed and it's not pretty -- even MAGA cap-wearing teabaggers will eventually notice (link embedded):
In a Month You'll Wish the Shutdown Were Only as Bad as Today
Just read it. It's too difficult to summarize easily. 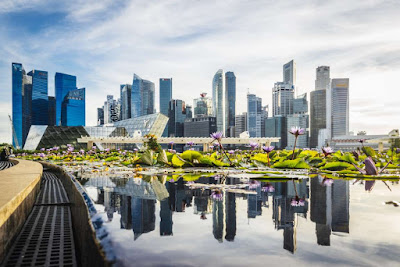 I should relate, though, and as dutifully reported by the "Both Sides"-fixated Washington Post, that some of the more deranged Trump-worshipping rightwing crazies -- especially the libertarian kooks who live here in the Imperial capital and reside inside the foundation-funded appendages of the GOP Bubble -- are variously described as "giddy" and "ecstatic" and "thrilled" that a "meat clever" has been taken to the federal government workforce. 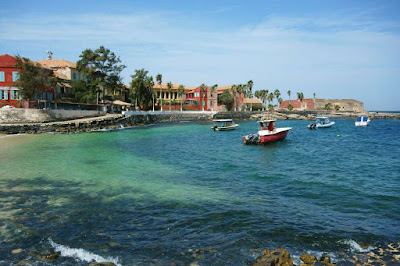 
The crazies are happy simply because the shutdown supposedly "owns" the "libtards" -- that is, it represents more zero-sum "winning" (a belief wholly at odds with all the evidence). Meanwhile, the true-believing libertarian kooks are pleased because their truly wacko Bizarro Universe belief system "welcomes" the concept of "minimalist" government -- with things such as shit in the drinking water, poisonous food, crashing / exploding jets, and whatever other Ebola-like outcomes their Ayn Rand dystopia would have representing true freedom. Fucking clowns. 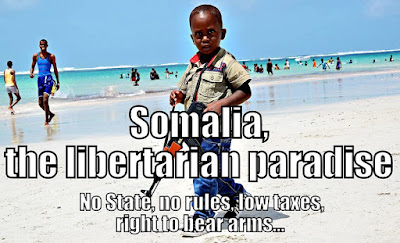 I say "true-believing" because the D.C. "think tank" libertarian sort who are happy about the shutdown -- to include that "antitax activist" and general POS Grover Norquist -- are, in fact, simply tools of Dark Money Oligarchical intrigue, and their actual goal is to replace the American Government with some totalitarian state. For them, libertarianism is simply the inverted Marxist means by which they would achieve that outcome. 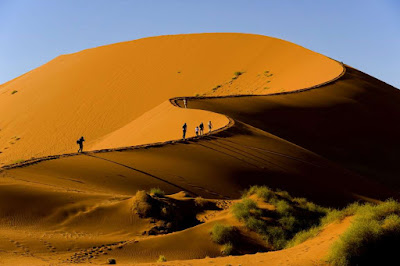 Lots of sand in Namibia …
Speaking of sand -- and on a positive note -- Speaker Nancy Pelosi told Trump to go pound some sand when it comes to him showing up during the shutdown to give a State of the Union address. Here is a Politico commentary by Jeff Greenfield on why it's actually a good thing in the Era of Trump: Nancy Pelosi Might Have Just Blown Up the State of the Union. And That's OK.
*******


Finally, I'd like to end with Chris Matthews' interview of Bill Maher …
This was on Matthews' show Hardball -- a show which I typically watch while on the treadmill at the gym (close-captioned) -- last night. 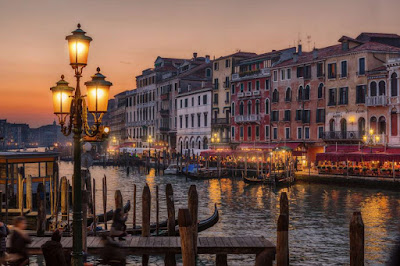 
OK, that's all for now. I'm signing off. My next planned entry will be tomorrow night after the gym. Tonight is a non-gym night. I need to get a sinner, I mean, a dinner somewhere.
--Regulus
Posted by Regulus at 8:03 PM