A Few Old TV and Cold Weather Notes At the Quarter to Four AM Sunday Hour ... 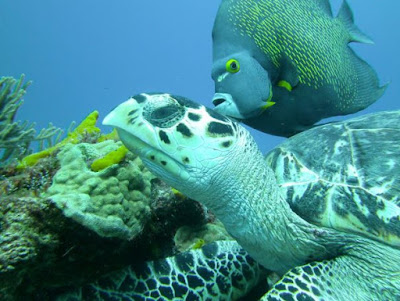 Sea turtle and Angel fish in the sunlit tropical waters off Cozumel.
*******

The Svengoolie-hosted monster movie was the 1956 film The Werewolf, which I actually ended up enjoying.

Lost in Space featured the silly episode "Space Vikings" while Buck Rogers in the 25th Century was "Space Rockers."

The Battlestar Galactica episode was "Lost Planet Of The Gods: Part 2." That episode not only brings out the heavy-duty Mormon theological underpinning of the 1978 series -- mixed with ancient Egyptian borrowings, courtesy an unexpected visit to the planet Kobol -- but it also features what is the saddest scene in the entire series: the death of Serina, played by actress Jane Seymour.

The episode of Kolchak: The Night Stalker is one I actually had not previously seen: "Demon in Lace."


Thereafter, it was Voyage to the Bottom of the Sea ("The Monster's Web") -- I don't particularly like this series -- and Land of the Giants ("The Flight Plan"). This is followed by two episodes of Swamp Thing, but I'm not sure I'll stay up that late.
Of note, starting next Saturday night, Star Trek: The Original Series returns to the MeTV lineup. 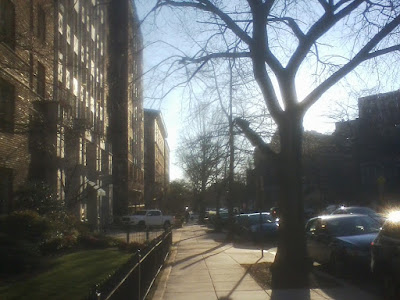 
Earlier today, I went to the gym. Although I skipped my usual jog, I got in good -- even strenuous -- weightlifting workout before going into the steam room for a few minutes and then the swimming pool. 
Last night, I went to Annie's, where I met Fred and then Gary joined us. We then went to Skank Fox & Hound for a drink. I was home and in bed by midnight, but I still got up characteristically Saturday mid-afternoon late.
This was after having spent the bulk of the previous 15 hours sleeping (and having whole sets of weird dreams that look me from a strange Florida Atlantic coastline and my dad to a strange Glen Burnie and my mom and some other places in between. 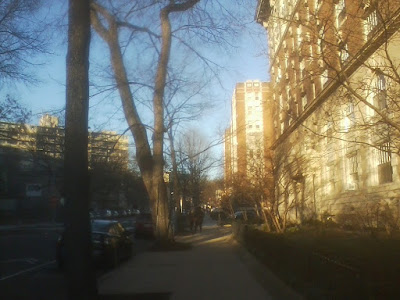 
The weather tonight is seasonably mid-winter cold -- around 30F at this hour -- but otherwise placid. As I mentioned in this entry the other day, a big Arctic outbreak is anticipated by midweek as a large lobe of the polar vortex gets displaced and "invades" the eastern United States.
Here is the CWG on the topic: Polar vortex intrusion: 'Dangerous' and 'brutal' cold aimed at Great Lakes by Tuesday. 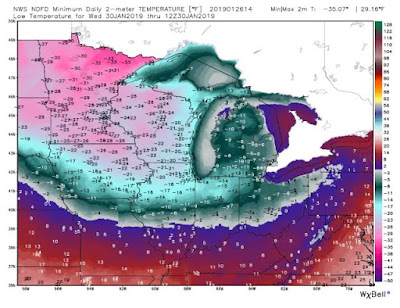 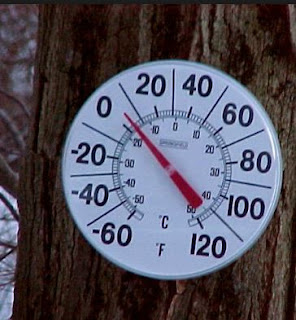 The coldest core of the Arctic air -- with air temp anomalies of minus 30°F to minus 40F or ambient air temps of minus 20°F to minus 30°F and wind chills in the minus 35°F to minus 50°F range -- are forecasted to impact the Northern Great Plains and Great Lakes region. It will be short-lived, though.


The Mid-Atlantic region, including here in the D.C., will just get grazed with Thursday highs of 26°F and lows of 13°F. There might be a little snow here on Tuesday night as the Arctic front blasts through. 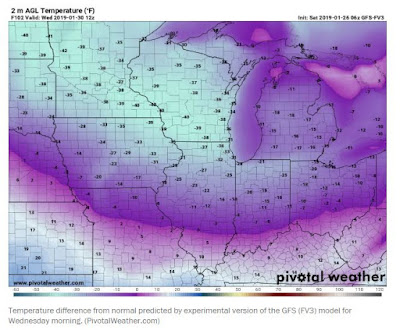 
OK, I'm going to wrap up this entry. I wasn't able to post a Jukebox Saturday Night entry tonight as I just didn't have any particular songs I wanted to post. Also, I'm not defining this one as a Saturday Evening Post -- but instead just posting it at the actual time I finish it. 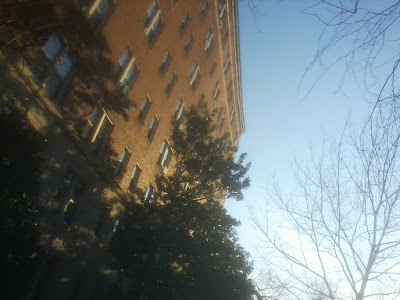 
For tomorrow, I'm probably just going to walk to Georgetown and get a mid-afternoon lunch and drinks. 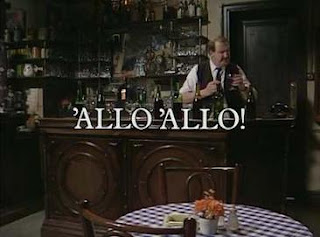 Tomorrow night, I think Fred, Doug, and I will watch a couple episodes of 'Allo, 'Allo! on Netflix -- and thus wrapping up season 5. God, that show is hilarious in a sustained way. Looking ahead to the workweek, I've got quite a bit to do but nothing early morning.


My next planned entry will be late Monday or early Tuesday.
--Regulus
Posted by Regulus at 3:45 AM