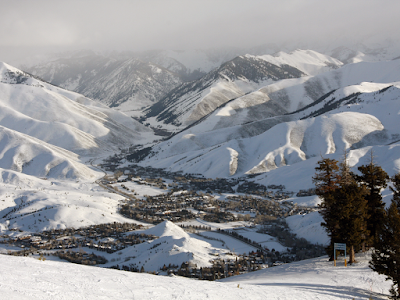 
The bulk of the images in this entry are from one of those MSN photo-montages that I find so useful for breaking up the text in an entry for which I do not have a lot of topically-related pictures. In this case, the images are from the following Oct 2017 Business Insider piece reposted on my MSN feed that pops up on my Edge browser (which ended up my browser of choice for posting these blog entries) (link embedded):
19 of the best ski resorts to visit this winter that don't cost a fortune. 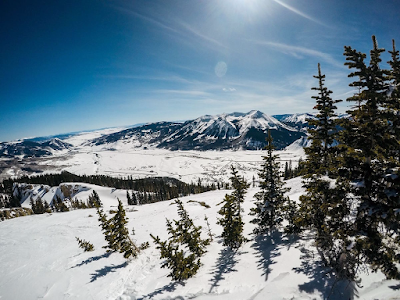 I'm not captioning any image except the lead one, so if you are interested in any of others, either click on / download the pictures to see the location in the file name or scroll through the above-linked photo-montage article.
One last point: To be clear, while I would happily visit an alpine ski resort, I would NEVER attempt to go skiing. Far too dangerous. Skiing and horseback riding are two things I will never do in the remainder of my life. 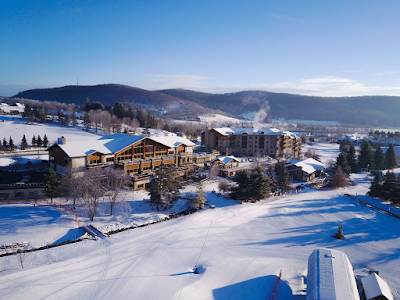 Home at this late hour on a chilly, quiet night. I continue to feel under the weather with a combo head cold and some gastro-issues (somewhere down in the tropical Southern Hemisphere if the Bight of Biafra were in the Southern Hemisphere …) The nighttime coughing is really frickin' annoying and unpleasant, and I've been doing the occasional Nyquil and Robitussin shooters, as it were, and that seems to work. 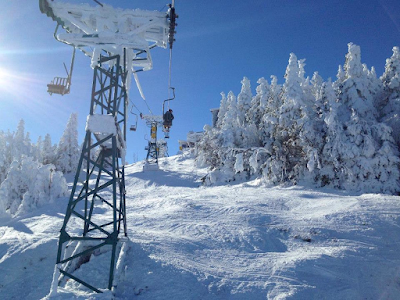 However, I made it to work today and to the gym tonight for a full workout. I then came home and was hoping to watch TV but my goddamn digital antenna reception sucked tonight. So, instead, I just watched some recent Bill Maher Real Time clips on YouTube. 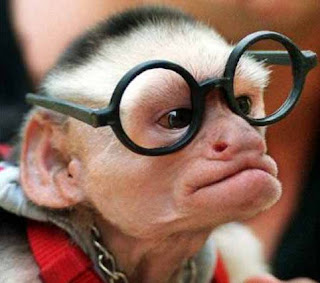 Maher stirred up much social media anger last month -- including among his fans -- when he mocked the response to the death of famed comic book author Stan Lee. Maher was interviewed by Larry King on the matter. Yes, Larry King is still going strong. He must be, like, 200.


Yes, Chester, that image is for YOU. 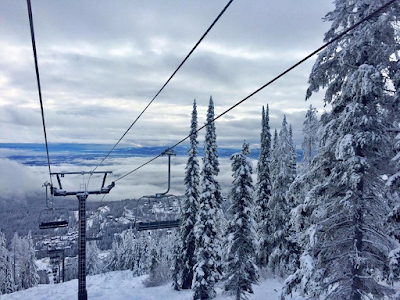 Tomorrow -- or rather, later today (Wednesday) -- is an impromptu and weird sort of federal holiday in that it the National Day of Mourning for President George H.W. Bush, who passed away last Friday at age 94. 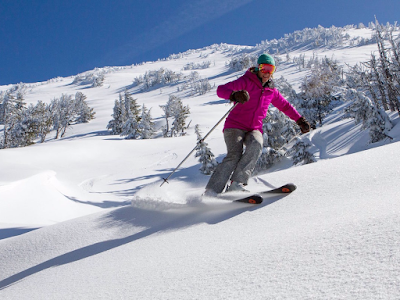 As I fully expected, the media posthumous hagiography has been relentless. It goes without saying, of course, that in contrast to the current Vulgar Talking Yam (nod to Charles Pierce) occupying the office, Bush the Elder / Smarter looks like a cross between Gandhi, Thomas Jefferson, and some Philosopher-King. 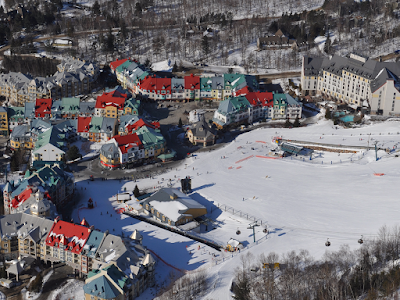 Anyway, the Gub'mint is closed -- and contractors are not allowed to do any work -- but we don't get it off as a holiday. The result is that it is a sort of mandatory vacation day, the hours to which you have to sort out yourself.
In my case, because I did a lot of work over the weekend (and hardly left my apartment owing to my illness), I actually have a decent (and unusual) surplus this pay period. Also, if I find some internal company work to do (writing / editing / researching), I could do that. I'll have to check. 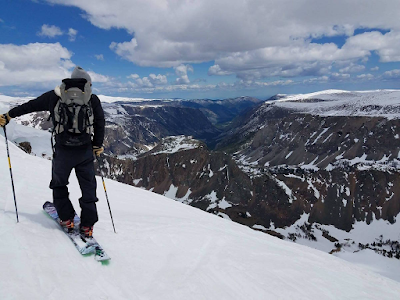 At this point, my plan is just to treat it like a Sunday free day and maybe walk over to Georgetown and stop at a restaurant and/or bar. On Thursday, I'm working from home in the morning and early afternoon and then going to the dentist for a cavity issue that I haven't mentioned on this blog. I probably won't be back in the office until Friday. 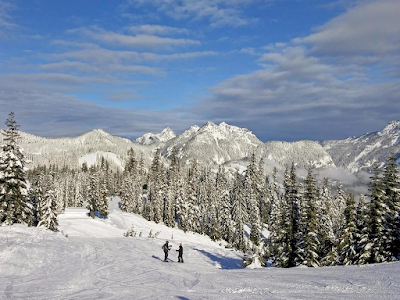 Speaking of George H.W. Bush and Charles Pierce, I highly recommend this thought piece by the inestimable Charles Pierce on our 41st President of the United States … 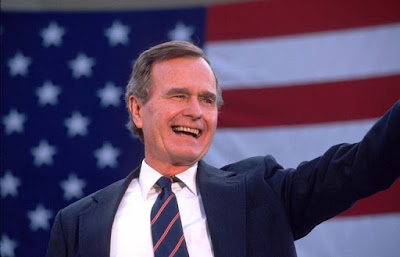 George H.W. Bush Couldn't Fight His Own Ambition
The sub-headline to this piece: The 41st president could have stood up against the Republican Party's rising brainless fanaticism. He did not.
I am considering reposting it outright, but that would require a lot of images -- topically related or not -- to break up all the text. 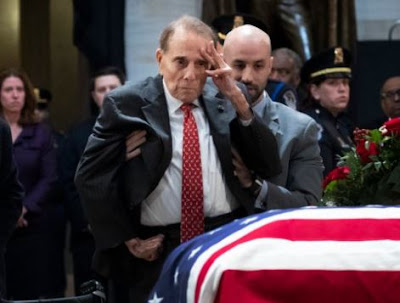 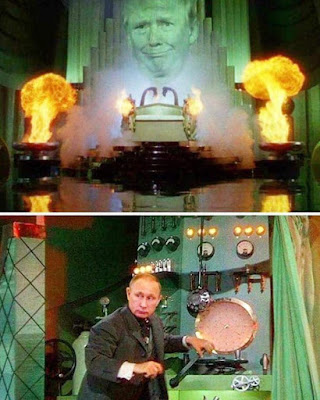 As for the Pierce piece, the salient issue is the extent to which Bush the Smarter facilitated -- rather than trying to stop -- the Republican Party's slide into its current half-dystopian, half-Looney Tunes "Party of Trump" state. It's a party that no longer even bothers pretending to conceal its brazen, illiberal tactics to stave off its long-term demographic spiral.


Having said that, the North Carolina 9th House district situation is too crude, ham-handed and, more importantly, easily traceable even for today's GOP. If you're going to steal elections, do it the Brian Kemp way. 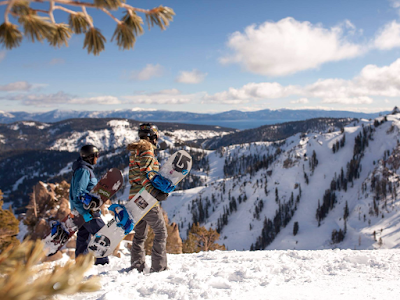 And, yes, Dems still managed to win the House back despite the GOP's best House side efforts. The Senate was another matter. It was a genuine "wave" election -- but one heavily attenuated by all the GOP's structural and brute-force methods.
OK, I'm signing off for now. It's 3:12 a.m. and that last Robitussin shooter is really kicking in. My intention is to post another entry later today (Wednesday).
--Regulus
Posted by Regulus at 3:12 AM