First up, a nice smooth jazz fusion piece …
"Cruisin'" by Blue Knights from the group's release Blue Night (1992)
Yes, the album name is a nicely played pun on the group's name. This video version features some lovely tropical setting sailing scenes.
Honestly, I'm not always able to differentiate the many jazz genres and subgenres, but Blue Knights' website indicates that the group -defines its music as a contemporary jazz fusion and New Age blend. 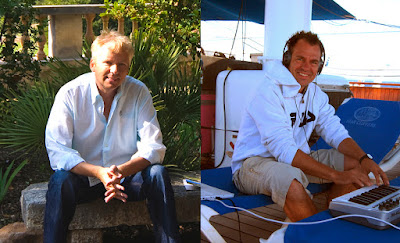 Pictured above in 2014, Blue Knights consists of the duo of Curtis McLaw (left) and Jay Heye (right). 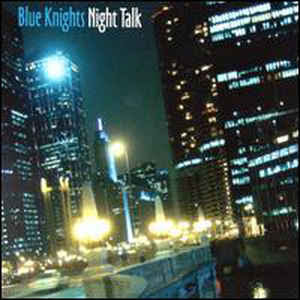 However, they are often augmented for their releases by guitarist Bill Joseph Flynn and a saxophonist identified only as Mr. P.T., among others. Of note, Curtis McLaw also is also associated with the duo Dancing Fantasy, whose music I also really enjoy.


We'll follow this with a lovely instrumental arrangement of a Beatles song …
"Julia" by Ramsey Lewis from his album Mother Nature's Son (1968)
Julia is actually a Beatles song and was written that year by John Lennon for his mother, Julia Lennon, who was killed in a car accident in July 1958 when her son was 17.
*******


Next up, a truly lovely love ballad whose creator and performer almost falls into the problematic category of one-hit wonder …
"Steal Away" by Robbie Dupree from his self-titled debut album (1980)
Actually, Robbie Dupree is still active in the world of making and performing music.
*******


And we'll end with an upbeat, energetic, fun, and quintessentially 1970s song …
"Keep It Comin' Love" by KC and the Sunshine Band from the group's album Part 3 (1976)
True, I featured it before but that was over six years ago -- in this Friday Night Musical Interlude entry that was the antecedent series to my Jukebox Saturday Night series.
OK, that's all for now. See my previous entry for a general update.
--Regulus
Posted by Regulus at 11:57 PM