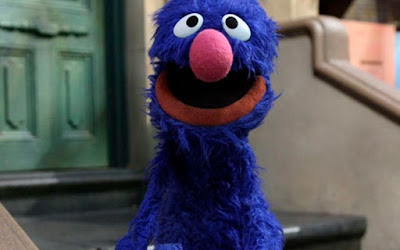 OK, if I can add to the raucous debate now underway it certain SOUNDS to me as if Sesame Street's lovable Grover is enthusiastically yelling, "YES! YES! THAT'S A FUCKING EXCELLENT IDEA!!" -- but I readily admit I could be wrong and just hearing that because everyone else is …

What is Grover supposed to be anyway? A bear?? According to The Keeper of All Knowledge:

"A prototype version of Grover appeared on 'The Ed Sullivan Show' in a Christmas Eve appearance in 1967. This puppet had greenish-brown fur and a red nose. He also had a raspier voice, and was played a bit more unkempt than Grover would later behave. The monster was referred to as 'Gleep', a monster in Santa's workshop. He later made a cameo appearance in 'The Muppets On Puppets' in 1968 with the Rock and Roll Monster. 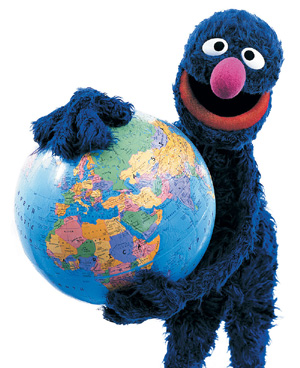 "In 1969 … he appeared in the Sesame Street Pitch Reel in the board room sequences. During the first season of Sesame Street, the character was nicknamed "Fuzzyface" or "The Hairy One", though neither would be used for his actual name. In his book 'The Tipping Point,' author Malcolm Gladwell notes that the character "was used in promotional films for IBM."

"In an appearance on 'The Ed Sullivan Show' on May 31, 1970, the character acquired his present name and his appearance was changed to the more familiar puppet with blue fur and a pink nose. 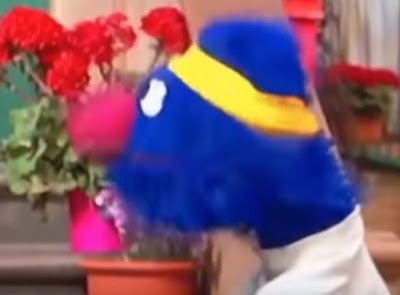 "In this appearance, Kermit the Frog tried to sing 'What Kind of Fool Am I?' (accompanying himself on piano), but Grover repeatedly interrupted him. The true Grover 'officially' debuted in the second season of 'Sesame Street'."
OK, then.