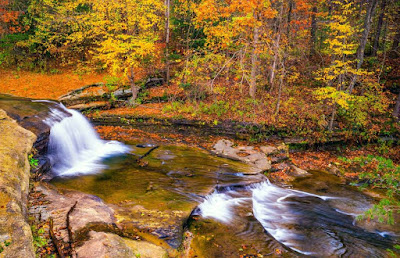 Fall splendor along a stream's series of small cascades in Hocking Hills State Park, Ohio.
This entry contains a series of lovely fall-themed natural scenery images from an assortment of U.S. national parks taken from this MSN photo-montage. Except for this entry's lead image, I'm not captioning them. If you are interested in any of them, click on / download the image to see the file name. (As for the lead image to that montage, I didn't include it since I couldn't identify the location.)
******* 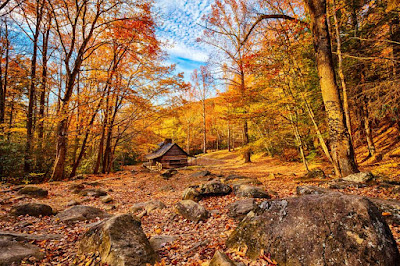 The pictures in this entry reveal that the Earth to include the stunning natural beauty of autumn abides.
Remember that in this time of a morally-rotted and mad would-be emperor -- or rather, fascist, chintzy-gilded authoritarian goon -- that is getting worse literally by the day as the midterms approach. 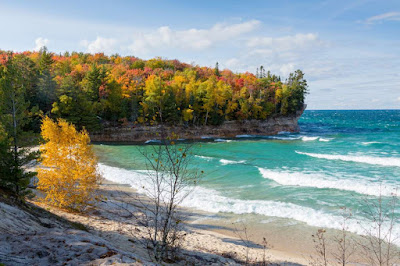 Trump's megalomaniacal sickness continuously infuses the hate-based garbage, lies, and lunacy that comes out of his cakehole. Relating any given day's or week's abominations -- whether its "caravan" bullshit or revoking birthright citizen horseshit or the endless stoking of division and discord -- is just exhausting and, ultimately, pointless. 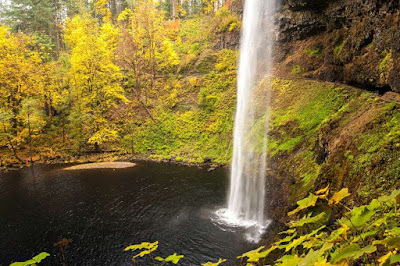 Having said that, the antisocial personality-disordered Trump does possess a malevolent but keen sense of what will "work" in terms of whipping up that third of the country that would follow him through the Gates of Hell and to any and all stops along the way. 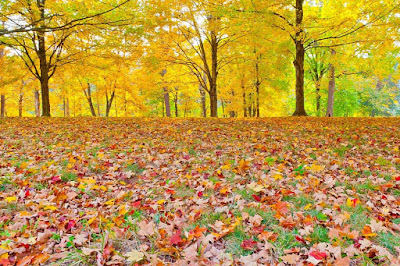 He and the deranged GOP -- embodied by Mitch McConnell amorality, ethno-nationalistic white panic, and a toxic for-profit rightwing media / entertainment complex plus the larger socially destructive force of social media -- understand that the support of only one-third of the electorate is need to ensure semi-permanent power no matter the demographic trends -- provided that group is strategically placed and strategically voting while systematically suppressing and disenfranchising any other voting bloc. 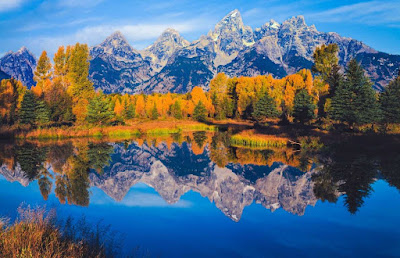 And the most important midterm elections in the post-war era is just six days away.
Whatever the outcome, though, the natural world with its beautiful autumns and all its other beauty will be here long after that rotting sleazoid and the cult-like GOP atop which he sits have left the scene. 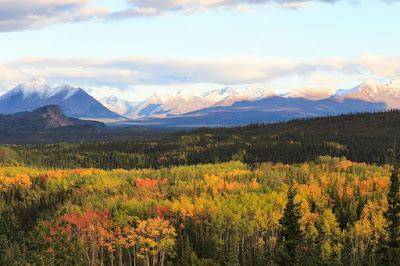 Changing subjects, and as a brief update …
I'm home tonight after a busy workday and evening gym visit. I got in a six-mile jog on the treadmill and about an hour of light-to-moderate weightlifting plus a concluding swim. 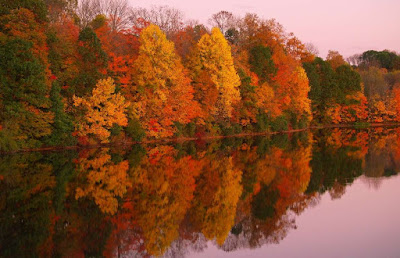 I returned last night from my very quick work trip to Detroit. I'd like to more about my trip, since I managed to make it into the downtown area after the workshop in Troy, Michigan, with my coworker who had rented a car. We even stopped -- as she wanted to see it -- at the Motown Museum ("Hitsville, USA"). 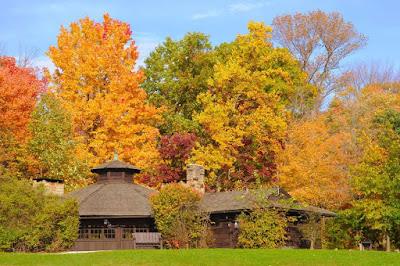 I made it to the airport with four hours to spare (Ellen's flight back to D.C. was at 5 p.m. while mine was at 8:15 p.m.), and spent the bulk of it in the vast A terminal -- I had a Delta flight -- at the bar at a place called the Cat Cora Taproom. 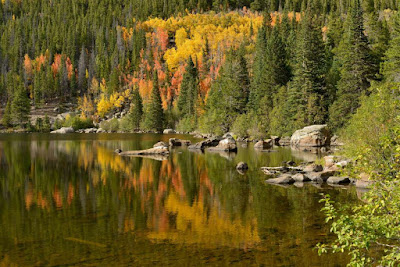 The night flight back was fine, and I was back in D.C. by 10:30 p.m. I had a window seat on the jet and just looked out at the nighttime blackness -- human-created constellations of lights in the ancient, forested folds of the Alleghenies passing below and the fixed stars of eternity slowly rotating above. 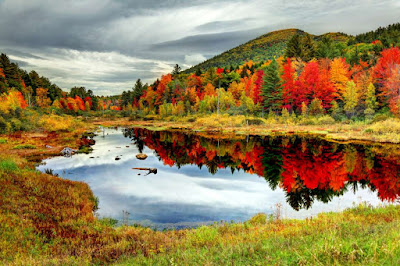 The jet took an upriver landing approach -- which entailed what must have been a 50-mile arc passing over Dulles (at about 10,000 feet) and all the way down to around Woodbridge and then north through Charles County. 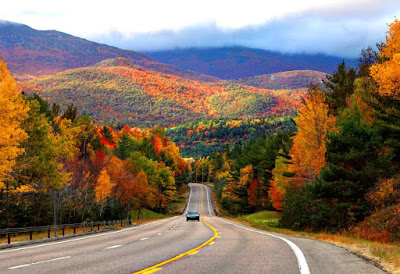 Again, there is more I'd like to say about the trip and Detroit -- or at least to feature the (characteristically crummy flip open cellphone) pictures I took, but I'll do that in a subsequent entry (maybe tomorrow). In the meantime, I'm signing off for now.
--Regulus
Posted by Regulus at 11:54 PM