Fall Weather Arrives, Finally but Still FUBAR'd in Trump World -OR- Nearing Another Election ... and Another Democratic "Moral Victory" 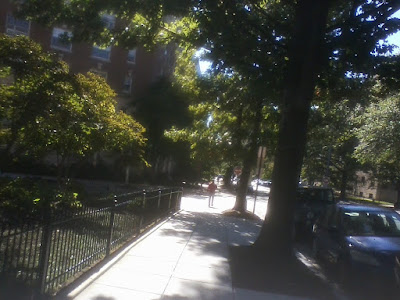 
Friday early evening.
I ended up staying home today from work and only teleworking for part of the day. I had a horrendous headache this morning (and had to take one of those sumatriptan I have). To be clear, I was home last night and just watched TV (but didn't get around to posting another blog entry).
Right now, I'm home now watching an old Charlie's Angeles episode on MeTV ("Angels of the Deep" -- set in Hawaii, it guest stars Sonny Bono). I'm meeting Mike G and his wife a bit later in Georgetown before they head to a Kennedy Center concert tonight. 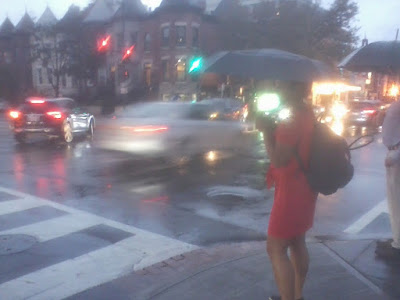 
The weather today is shockingly and wonderfully different than what it has been literally all summer. It was cool and dry with a gusty northwesterly breeze and highs around 65F. Dew points today were around 42F -- a full 30F lower than yesterday's tropical envelope values.
For an overview on last night's rainfall from the remnants of Hurricane Michael, see the update to my previous entry. As for Hurricane Michael and the death and destruction in wrought on Florida and parts of the Southeast, I still need to post complete entry. 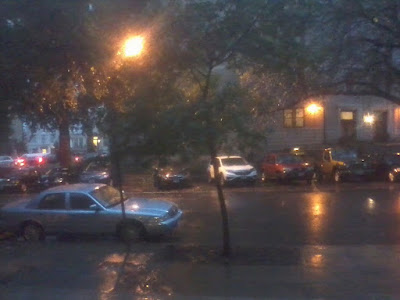 
In the meantime, here is a useful CWG summary entry: Historic and horrendous Hurricane Michael by the numbers
Mexico Beach, Florida -- where the hurricane made landfall -- was destroyed, as was Tyndall AFB. Obliterated, really. The part I don't understand is why the Air Force didn't remove all those quadrillion-dollar-a-piece F-22 stealth fighter jets stationed there. They knew what was approaching. 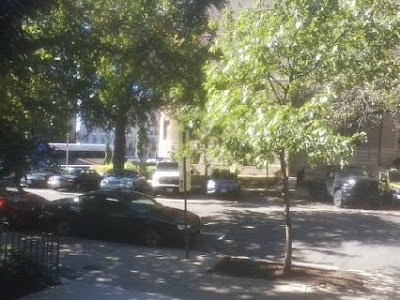 
I've been eager to post a political-themed entry, but this one isn't it.
Suffice it to say, we're getting close to the midterms -- now 3-1/2 weeks away. However, the Senate map is so disgustingly bad -- as is the Senate as a concept with fly-shit-speck states like the Dakotas, Montana, and Wyoming have two Senators each -- that it's a lost cause, in particular, in a time as horrible as this fucking tragi-farcical Trump Twilight Zone episode-come-to-life with the fucking "tribal" polarization now off-the-charts. 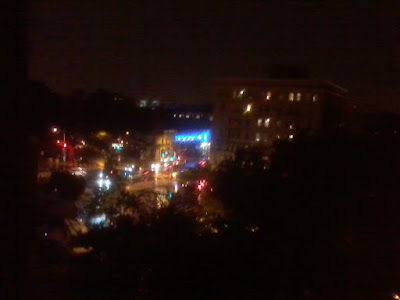 Rainy night view of the intersection of 16th and U Streets and New Hampshire Ave NW, Washington, D.C., 10:23 pm Oct 11, 2018
This is the view from my current apartment. I'm soon to move into another unit in the building without such a view.
*******


In short, every vicious and stupid fuckhead Senate Republican candidate or incumbent is certain to win. Don't even bother looking for any "hopeful signs" in Texas, Tennessee, North Dakota, or any other fucked up GOP one-party state because there aren't any. 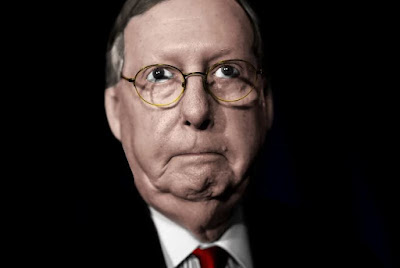 Mitch the Amoral Bitch McConnell will continue his completely moral conscience-free reign of GOP terror. In the House, yes, it is expected to flip to the Dems, but don't forget how violently gerrymandered it is and how regularly and easily Dems can lose elections.
So, it wouldn't surprise me if Trump and the G-sick-O-P end up with more power. 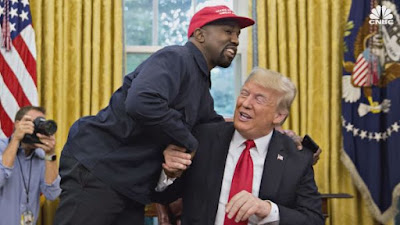 By the way, yesterday's spectacle with Kanye West in the Oval Office was twisted and exploitative sick (of a crazy man) even by Trump standards. And this is what Trump opted to do even with Hurricane Michael having caused such havoc for so many. 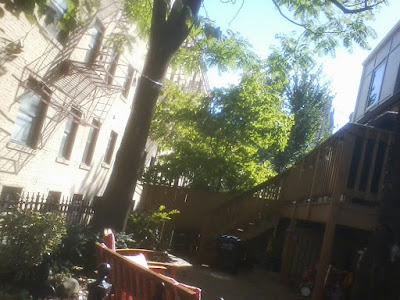 
Of note, Slate has this interesting five-part back-and-forth about how progressives should respond to the Supreme Court now that it is a Federalist Society hothouse of American neo-fascist judicial activism for the next million years.
It actually gets into an interesting discussion about whether the Supreme Court is really just a virulently reactionary institution -- but that fact was clouded by the historical anomaly of the Warren Court -- or if we are, all things being equal, better off with it.
I'm not going to pretend to know the answer to that. 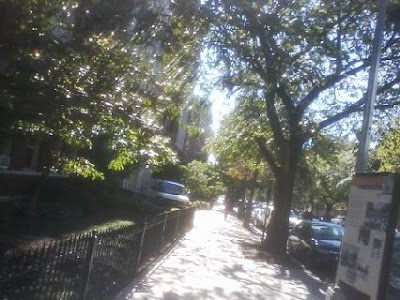 
For this weekend, I've decided to be outside on both Saturday and Sunday -- taking a walk maybe up in Bethesda, back in Old Town, or perhaps over in Georgetown -- rather than doing my usual routine that includes gym / staying in on Saturday.
Why waste a lovely fall day that I have off? Besides, I'm getting well into middle age and the gym thing isn't really working unless the point is just to "maintain" not being an American blob.
OK, that's all for now. I'll post entry maybe tomorrow night or Sunday.
--Regulus
Posted by Regulus at 6:11 PM