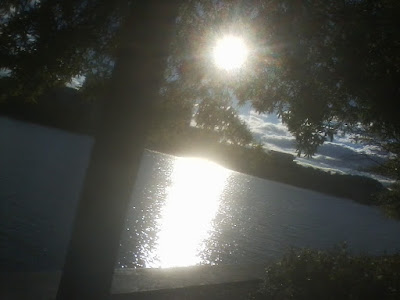 Dazzling Sun and sunlight reflecting off the Potomac River in the direction of Rosslyn as seen from Georgetown's Waterfront Park, Washington, D.C., 4:49 p.m. Oct 21, 2018
Most of the images in this entry were taken by me in Georgetown on Sunday down by the Potomac River.
*******

This is just a brief entry …


I'm home tonight watching some hilarious old episodes of Hogan's Heroes. I don't think I'm going to be able to stay up until the Perry Mason episode. (Saying "reruns" for such old shows seems silly.) 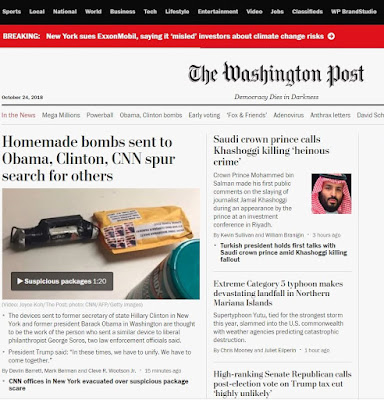 
This was a busy news day with multiple explosive devices sent in the mail -- but thankfully intercepted -- to a who's who of Trump's main public enemies to include former Pres. Obama, the Clintons, and CNN's New York office (specifically, to former CIA Director John Brennan), not to mention Rep. Maxine Waters and possibly former VP Joseph Biden, and just one day after a package was intercepted en route to George Soros, the GOP media ecosystem's designated Satan. 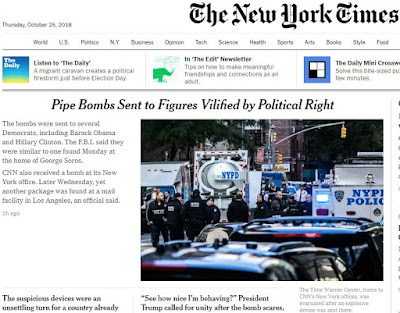 
Pipe bombs were sent to several prominent Democrats, including former President Barack Obama and former Secretary of State Hillary Clinton, setting off an intense investigation on Wednesday into whether figures vilified by the right were being targeted.
From Washington to New York to Florida to Los Angeles, the authorities intercepted a wave of crudely built devices that were contained in manila envelopes.
******* 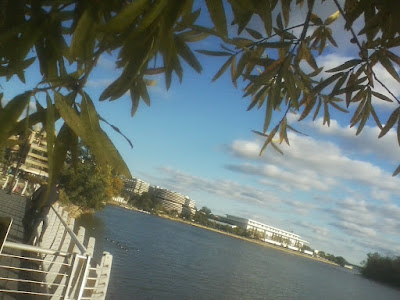 
It's a vortex of Trump-fueled GOP hate even that does proud Rush the Vulgar Lying Pigboy proud no matter the garbage he legally but socially destructively spews. 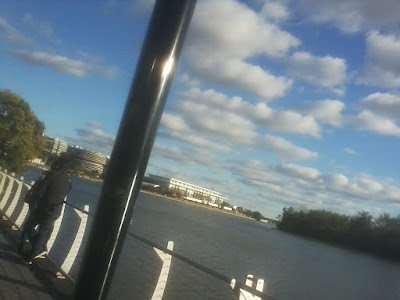 
Trump -- who is both cause and effect of this hillbilly fascist nightmare and associated garbage -- was only able to do what he does best, namely, make things worse, which is also what the alt-right Nazis and Russian / other hostile powers' weaponized bots use to disrupt elections for the expressed purpose of social destabilization on a range of matters. 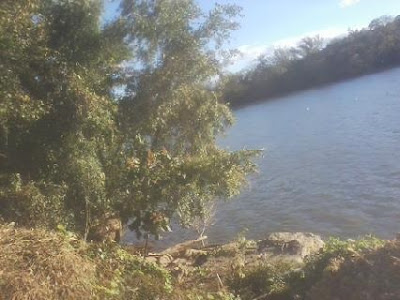 
The only good thing out of this is that the GOP's media manipulative "hack gap" -- the one that gave us The Great Ebola Panic 2014 and The Emails 2016 and that is now giving us The Caravan 2018 -- should end. This is probably why the GOP is so out-of-sorts about "false flag" operations. The GOP media / entertainment ecosystem always yammers loudest about the very things it is doing. 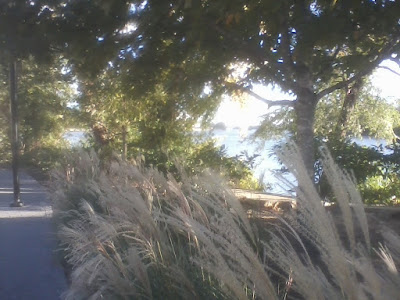 
Changing subjects, there is the possibility of a big nor'easter this Friday - Sunday including here in the Metro D.C. area. There is a CWG entry here (link entry): Heavy rain likely from Richmond to Boston on Friday and Saturday from fall's first nor'easter.

12Z Oct 24, 2018 GFS showing precipitation intensity and type along with mean sea level pressure (MSLP) and 500-mb geopotential heights animated every 6-hours between 8 p.m. EDT Oct 25 and 8 a.m. EDT Oct 28, 2018 for a portion of the eastern United States.
The residual energy from Hurricane Willa in the Pacific -- the remnants having transited Mexico and emerged into the Gulf of Mexico and transitioning to an extratropical system associated with a strong shortwave -- is forecasted to morph into the nor'easter. 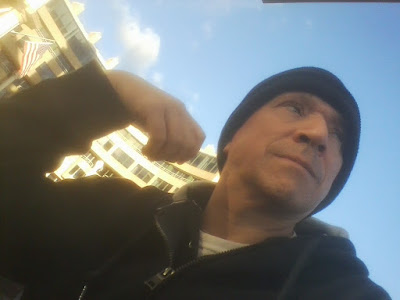 
Assuming this looks like it really will come to pass, I'll have more to say about it.
OK, I'm going to sign off for now.
--Regulus
Posted by Regulus at 11:57 PM