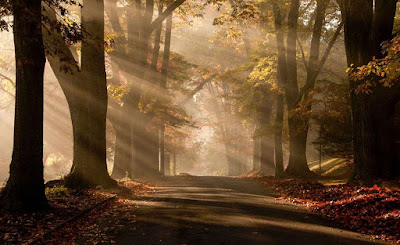 Sunlight on a fall morning along Ohehyahtah Place, Danbury, Conn.
The scenic images in this entry -- it should be clear which ones they are -- come from this MSN photo montage. I was going to make as lead the one directly below of a (grizzly?) bear lumbering along Parks Hwy 3 with mighty Denali looming up in the distance, but I just love the above fall one.
******* 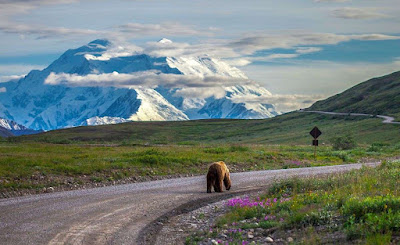 I've been having trouble posting an entry the past few days because while I would like to discuss the degenerate battle over the degenerate Brett Kavanaugh SCOTUS nomination in the context of today's degenerate and amoral GOP as embodied in Mitch "The Bitch" McConnell, massive jowls and all. 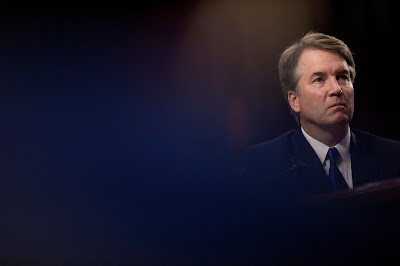 However, I REALLY don't want to get into some extended, agonizing, vitriolic, indeed, outright vituperative screed about the whole goddamn topic and with everyone now in their established roles. 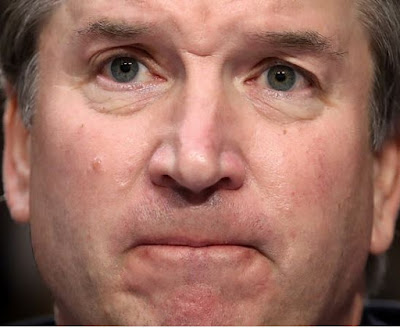 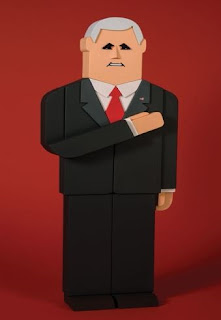 There's so much shit flying about in this televised carnival sideshow -- think The Handmaid's Tale gets knocked up by The Outer Limits and gives birth to The $1.98 Beauty Show -- but we know the ending: A 51-49 confirmation, or more likely now, a 50-50 tie with that lazy piece of shit gameshow host masquerading as a Christian supremacist, VP Mike Pence, casting the tie-breaking vote. 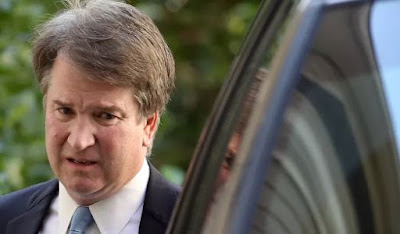 Suffice it to say, read this piece from Esquire (by Jack Holmes): Brett Kavanaugh's Fox News Interview Spelled Out the Shameless Depravity of This Whole Process. 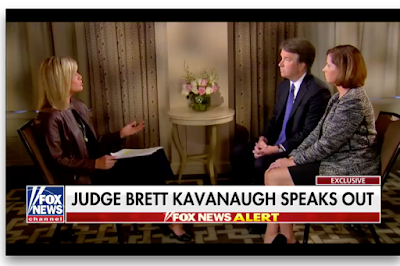 St. Kavanaugh and his wife, Lady Ashley Estes Macbeth in their Fox News "interview."
The point of this media contrivance Monday's GOP "counteroffensive" is to gin up the fundies and rubes, not change anybody's mind. The above-linked piece addresses that fact.
*******


About that historically double farced of an interview, Kavanaugh went on (right in front of Lady Asley Macbeth) about how he was "a virgin" until well out of college. Think of this as Koch Brothers' dark money-funded culture war prolefeed meant for consumption by hinterland rubes, fundies, kooks, and crazies. 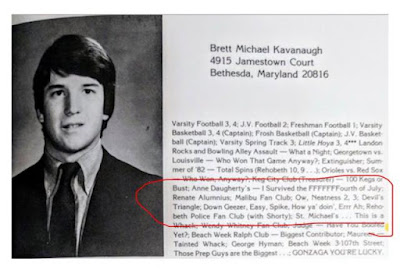 Before He Was a Virgin*: Brett Kavanaugh's Georgetown Preparatory School senior yearbook picture, 1982
*Nod to Oscar Levant. Oh, and whatever you do, don't pull an Ed Whelan and "confuse" Brett Kavanaugh with Chris Garrett.
*******


The inestimable Charles Pierce (also of Esquire) sums it up nicely here. 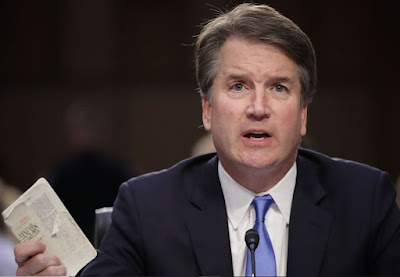 Kavanaugh himself is the erstwhile vulgar, hard-drinking, Irish-Catholic Ivy League prep school early Gen X'er asshole morphed into a rightwing puritanical asshole with the compassion (and ruling predictability) of a Scalia but only a quarter (or less) of the intellect. 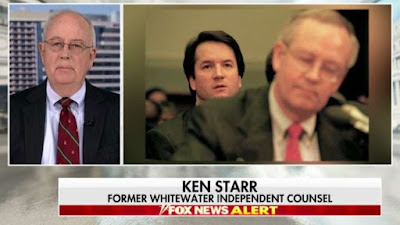 Kavanaugh back in his Ken Starr glory days. This is from a screenshot of a recent appearance on Fox News of Ken Starr -- another 1990s ghoul who turned out to be as big fucking hypocrite as he was Clinton's underwear-sniffing inquisitor.
*******


About the sex part, even before Dr. Christine Blasey Ford's account of his attempted drunken rape at that house party in 1982 or all that Mark Judge garbage, I could tell he had a sex issue, namely, through his lurid obsession with Clinton's sex acts when he was Ken Star's minion during the Great Penis Hunt of 1998 (nod to Charlie Pierce). It turns out -- no surprise at all -- that Kavanaugh is everything he believed Clinton to be. 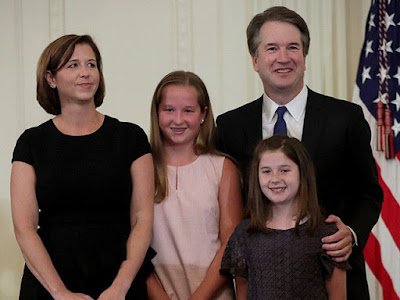 Meet the Kavanaughs. Looks more like a Washington suburban family overclass version of "The Shining."
Look at Mrs. Kavanaugh.


Brett the Teetotaling Virgin (since 2004, anyway) might obliterate a woman's right to choose, LGBTQ rights, not to mention all labor law and environmental laws, but in the Kavanaugh household, you can tell that Lady MacAshley tells this wussy when and when not he is allowed to use the toilet.
*******


Having been here in D.C. for 26 years and followed this shit for much of that time, I have to ask, though: 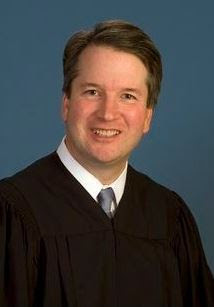 Why do these Irish-Catholic types always turn out this way?? There is a weird half drunken / half puritan Irish Catholic sex police that's always about (and, yes, the women are even worst). Here in D.C., they invariably are either ultra-rightwing jurists or far right pundits and they play an oversized role in our cultural wars. (The legislators tend to be neo-Confederate fundie Protestant types.)


In Kavanaugh's case, he sucks ass at being in front of a camera and has too much of a record (personal and professional, the latter not just his record during the Great Penis Hunt of 1998 but all through the Bush the Lesser's misrule). 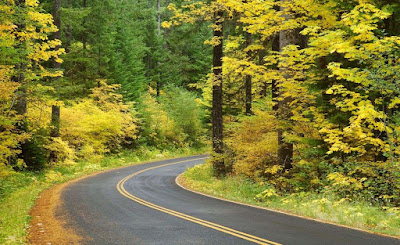 This is actually why Mitch "The Bitch" didn't want Kavanaugh as the nominee. (Mitch is as strategic, cunning, and clear-thinking as he is totally amoral.) However, at this point, Federalist Society and its "Judicial Crisis Network" shock troops, not to mention the GOP Establishment as a whole, are stuck with him. McConnell would only pull the nomination if he absolutely had to do so. 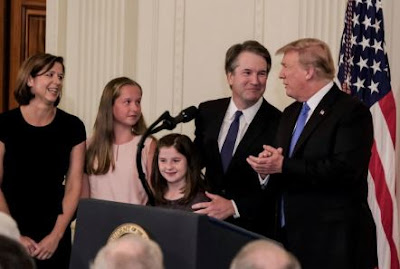 At this point, the overriding imperative of getting that fifth vote on the Supreme Court overrides everything else, especially before the midterms (now just six weeks away) so that they have this dick (or another Federalist Society-manufactured legal bot) on the High Court for the next 30 to 50 years. 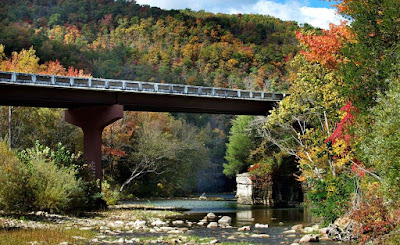 What this means is that even if the nomination of "Here Comes the Judge" Kavanaugh and his dry drunken, half-puritan, half-pervert, all-around-vicious self were somehow defeated, Cocaine Mitch and his massive jowls would quickly ram through during any lame duck session a candidate with a lot fewer personal landmines. (Indeed, the "base" would be aroused to turnout, thus offsetting the big, anger-based enthusiasm edge the Dems have.) 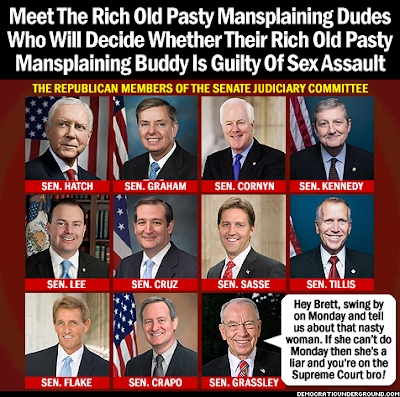 For this week, though, all that really matters is Thursday with the still-scheduled Anita Hill-like testimony of Dr. Ford, but in the very different context of 2018, not 1991. In terms of political power, though, the GOP still holds all the levers. Even anti-personality disordered Trump has been a relatively bit player in the lead up to it. 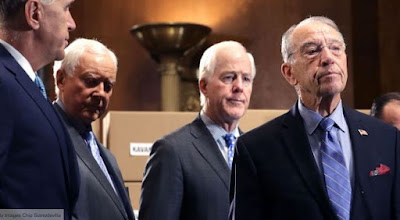 Look at this lot of hideous, cretin-like GOP Senate Republicans on the Judiciary Committee.
Orrin Hatch has to be the worst -- not just because he's been around since Carter was President. He's also an asshole.
*******


The second accuser and possible third have just been dismissed outright by the GOP, which wants to have a quickie she-said/he-said and then ram through the Senate Judiciary Committee vote. This is to be followed instantly by a full Senate vote -- i.e., the "plowing through" that Mr. Elaine Chao referenced the other day while talking to some horseshit "Values Voters" circle-jerk. 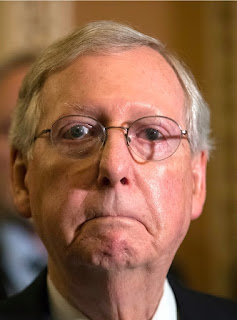 That is, Mitch "The Bitch" wants that committee -- a bevy of pasty-faced rightwing septuagenarian and octogenarian Republican assholes (plus the very closeted gay Lindsey Graham) -- to have their up-or-down committee vote on Friday. Now Murkowski might be allowed to vote no -- but that means Collins will vote yes and we'll get the 50-50 split.


That's actually a secondary goal of this whole peep show: "Crush the Libs" by 1 vote. They love and live for that even while playing the endless cultural war victim card. You can always tell what nefariousness the GOP is up to -- just listen to whatever they're complaining about having done to them. 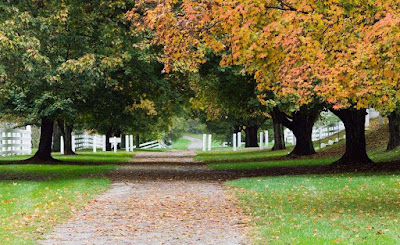 Of course, the GOP and its media shock troops are sufficiently self-aware of the "optics" of their upcoming peep show / kangaroo court that it is hiring some female lawyer to do the questioning for them. 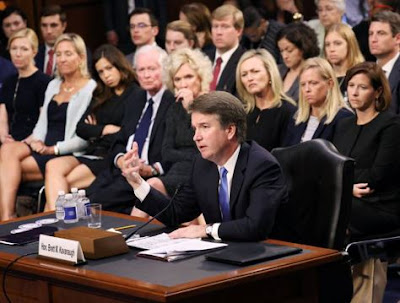 Look at how many women Kavanaugh lined up for his amen choir at his less-than-worthless Senate Judiciary Committee hearing.
This was a "Judicial Crisis Network" PR specialty operation.
*******


As a final note on all of this ugliness … 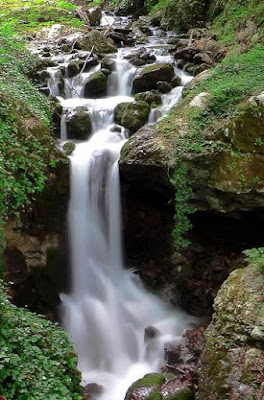 If you don't like how this whole freak show of a process has turned out, put the blame squarely where it belongs: On today's radicalized, brutal, vindictive, smash-and-grab, authoritarian, amoral GOP cult, itself a water carrier for the dark monied overclass-serving while taking advantage of the rubes. Beyond that, though, the GOP is wholly incapable of governing ignominy since it doesn't actually believe in governance.


Anyway, I have but a limited about of outrage I can muster over this latest 21st Century episode of America's endless mid-19th Century Civil War. 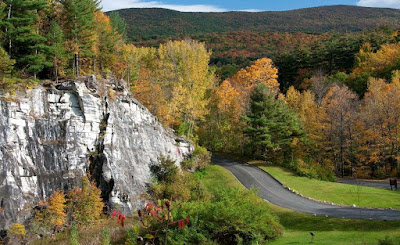 OK, that's enough of that, and I'm wrapping up this entry, which I didn't even want to write in the first place.
Well, on second thought, let's end with a laugh …