Jukebox Saturday Night for August 18th, 2018: The King of Pain Meets the Wild Heart & Soul Edition (Plus Something Stupid Up In Here)

Given the agony that I have been enduring this week, it seems only appropriate to lead with this song …
"King of Pain" by The Police from the group's final and multi-hit-song-containing album Synchronicity (1983)
I've actually always loved this song -- the melody and, especially, the lyrics.
*******


Next up, a nice theme song from a long ago show …
"The Wild Wild West" television show theme song by Richard Markowitz (1965)
What a lovely, inspirational tune that harkens the image of the powerful beauty of the American West. As The Keeper of All Knowledge explains: 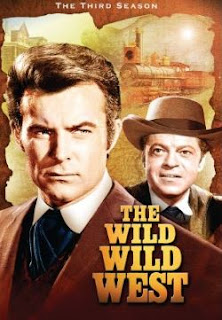 In an interview by Susan Kesler (for her book, "The Wild Wild West: The Series") included in the first season DVD boxed set, Markowitz recalled that the original Tiomkin theme "was very, kind of, traditional, it just seemed wrong." Markowitz explained his own approach: "By combining jazz with Americana, I think that's what nailed it. That took it away from the serious kind of thing that Tiomkin was trying to do...


What I did essentially was write two themes: the rhythmic, contemporary theme, Fender bass and brushes, that vamp, for the cartoon effects and for West's getting himself out of trouble, and the heraldic western outdoor theme over that, so that the two worked together."
*******


And, now, something really stupid (and feel free to skip this one) …
"Party Up (Up in Here)" by DMX from his album And Then There Was X (1999)
The "official" video is even worse than the song, which is saying a lot, although I suppose it's trying to tell some story in its way.
I'm only featuring this song because I heard it earlier today, and I forgot how dumb it really is.
*******


OK, that's all for now. My next planned entry will be either tomorrow or Monday. Obviously, I'm not going to the gym anytime soon.
--Regulus
Posted by Regulus at 11:56 PM