Let's start out with something really sweet …


Given the sad ness of the very untimely death of Rick "Zombie Boy" Genest, I think it only appropriate to feature again this song whose video made him forever famous …
"Born This Way" by Lady Gaga from her album of same name (2011)
Genest died of an apparent suicide last week in Montreal with his body discovered Wednesday, although his family thinks it was an accidental fall off a balcony that killed him. He was 32. 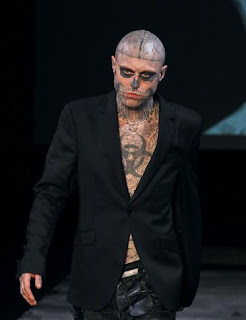 Lady Gaga tweeted that she was "beyond devastated" at Genest's death and -- on the assumption it was a suicide -- urged those who need it to get mental health treatment. She wrote: "We have to work harder to change the culture, bring Mental Health to the forefront and erase the stigma that we can't talk about it." 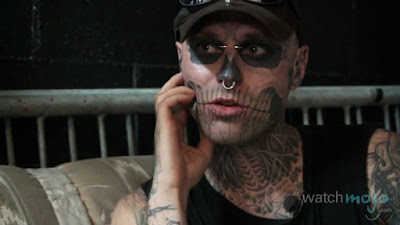 
OK, that's all for now. My next planned entry will be late Monday or early Tuesday.
--Regulus
Posted by Regulus at 5:51 PM