Jack Dorsey and the Internet-with-Social Media: "The Destroyer of Worlds ..." 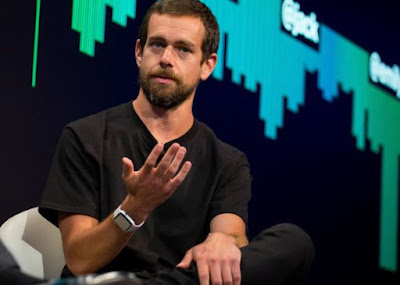 … who gave the world the degenerate malevolence of Twitter and "tweeting" -- and, in a very real sense, Donald J. Trump -- would be among the first that that libertine lunatic and self-parodying "President-in-Christ-for-Life" Trump would drop-kick into a concentration camp -- and right after Alex Jones decided that he (Dorsey) was his, of a sudden, his enemy. And it would happen after a long, loud, dumb-ass Wall-P-like blather about "First Amendment absolutism" and all that garbage.
But it just doesn't work that way. I'm aware of that fact. Anyway, and no matter, frig Jack Dorsey.
Look at him … 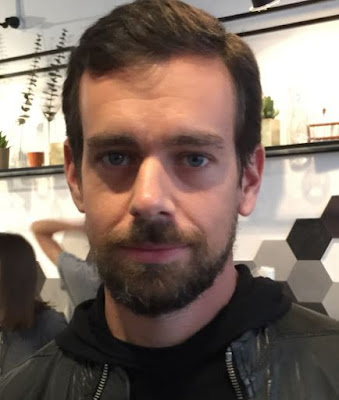 There he is: The face of everything wrong with our civilization right now, even though (of course) he himself doesn't have a clue -- he's too busy counting his billions while pretending he's some sort of "free market" Jesus Christ or 21st Century Prester John.
More importantly, frig You, too, God-Who-Doesn't-Exist. This whole ridiculous reality is all Your fault.
--Regulus
Posted by Regulus at 1:19 AM