First up, something really nice one of the great "urban jazz" performers of the recent past …
"After Hours" by Ronny Jordan from his album The Antidote (1991)
*******


Next up, something old school 1990s "Eurodance" upbeat with a very campy video (and, yes, I had to embed this from Vimeo since I couldn't find a YouTube version) …
Updated 4/6/2019: The Vimeo video disappeared, so I'm replacing it with this live performance by Aqua.
"Dr. Jones" by Aqua from the group's hit album Aquarium (1997)
About Aqua, as The Keeper of All Knowledge explains: 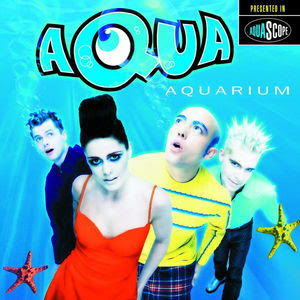 Aqua is a Danish-Norwegian eurodance group, best known for their 1997 break-through single "Barbie Girl". The group formed in 1989 and achieved huge success around the globe in the late 1990s and early 2000s.


The group released three albums: "Aquarium" in 1997, "Aquarius" in 2000 and "Megalomania" in 2011. The group sold an estimated 33 million albums and singles, making them the most profitable Danish band ever. 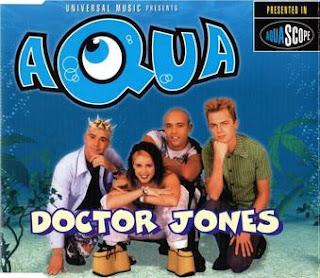 The article goes on to explain how the group -- previously called Joyspeed -- remade itself as Aqua and establishing itself with the album Aquarium. As for the video to Dr. Jones, it is a funny riff on Indiana Jones.


I'm home after going to the gym earlier today. I'm working on that report I mentioned in my previous entry with the intention of finishing it by the wee hours (so that I have tomorrow free). 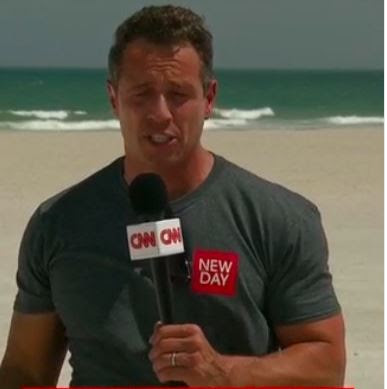 CNN's Chris Cuomo in a tee-shirt at the shore, Sept. 2017.
And I thought Scott Pelley was the ripped journo. 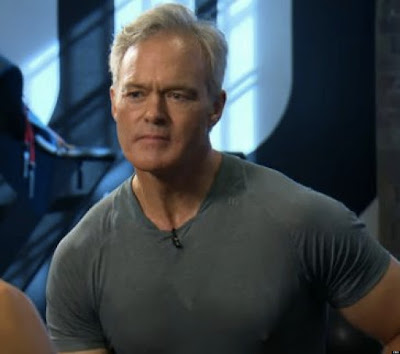 
I'm making dinner (broccoli, carrots, and a steak, plus an Old Rasputin beer). I don't have to do laundry tonight. I'm watching the MeTV lineup …

The episode of Wonder Woman was "Anschluss77" -- marking the 2nd episode of the second season when the show had shifted its setting from World War II era to the then-present 1977.

The Svengoolie-hosted monster movie was the truly bizarre comedy movie Munster, Go Home! starring the cast of The Munsters (except a different Marilyn). Seeing them in color is also strange. (The once-great luxury liner SS United States makes an appearance in this movie.)

After two 30-min episodes of Batman, the Star Trek: TOS episode at 11 p.m. is "Whom Gods Destroy" and the episode of Battlestar Galactica at 12 a.m. is the third installment of the pilot episode "Saga Of A Star World (a.k.a. Battlestar Galactica), Part 3."