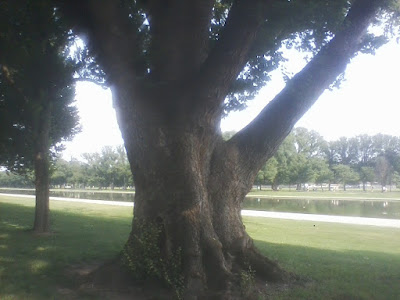 A big-ass elm tree, National Mall, Washington, D.C., 5:41PM June 17, 2018.
This is one of the original elms -- an American elm, I believe-- planted along the Reflecting Pool between the Lincoln Memorial and what is now the World War II Memorial. I'd estimate only about a third of the original remain with the rest replacements. This one managed to avoid the Dutch elm arboreal pandemic.
******* 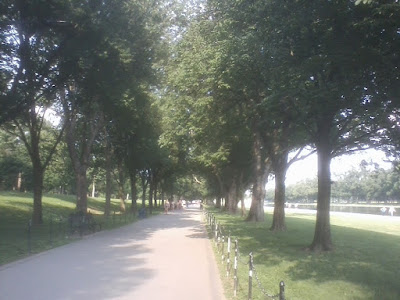 
Apologies for lack of posting last night.
I went to the gym last night after work. I'm unsure if I'll do the same tonight.
I have been trying to compose an entry dedicated to the Trump mass atrocity against mostly Central American immigrants focused on the US-Mexican border, but it's a complicated and historically shameful story and I just couldn't get it done last night. 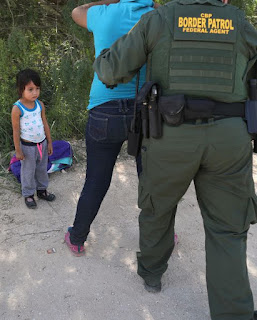 This highly racist policy consists of criminalizing all immigrants, separation of parents from children and mass detentions galore with young children locked up in cages. This is U.S. Gov't state-sponsored kidnapping and child abuse on a mass scale is what you'd expect out of Nazi Germany when it was just getting started, not the United States in 2018.


Trump is using these children as hostages, of course, but that's because Trump is a deranged criminal and his GOP enablers no better. 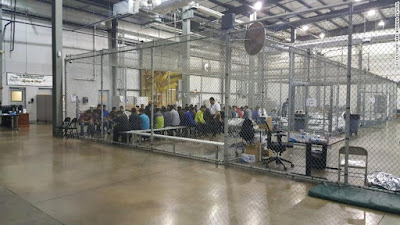 A Trump Hotel free crowded cage accommodation for the young children of desperate immigrants.
This is the intermediate step on the Trump way -- with the final step, presumably, a gas chamber while Fox News fembots and AM Hate Radio devils bleat and burble bullshit. 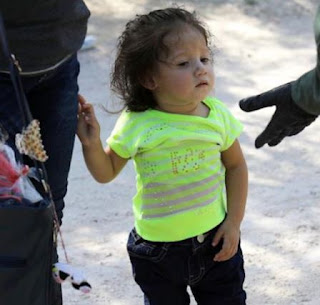 Needless to say, this is an explosive and emotionally wrenching story in our vulgar, screeching, hyper-polarized time -- but with quite a few Republicans appalled and politically fearful, except for the worst of Trump's sick "base."


So far, over 11,000 children have been taken from their parents -- because Trump has criminalized ALL immigrants seeking entry into the country no matter where or how, putting them in prison, and so children "operationally" cannot remain with their parents (and they end up in their own type of prison). 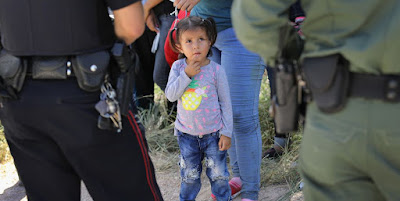 Fox News so far is having a difficulty coming up with a Party Line on this situation since not everyone there is on the same page as Trump's cockroach Stephen Miller, but not rightwing performance artist-as- provocateur Ann Coulter.
Charlie Pierce had this must-read piece on the situation.
I'll try to finish the entry tonight. 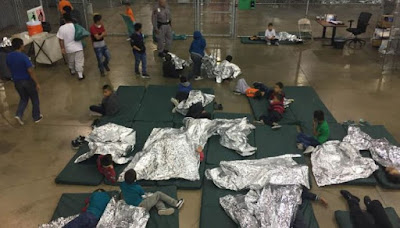 This morning, I've been doing some work from home but I'm getting ready to go into the office. However, I need to vote first -- today is D.C.'s primary day, which in this jurisdiction, given that it is 90 percent Democratic, IS the general election. (It's comparable in that regard to any GOP primary in Mississippi or Alabama.)
I'm voting against Eleanor Holmes Norton, although she'll win for, like, the 78th time. I'm also voting against Mayor Bowser. And for Initiative 77 (even though I don't think it will pass). 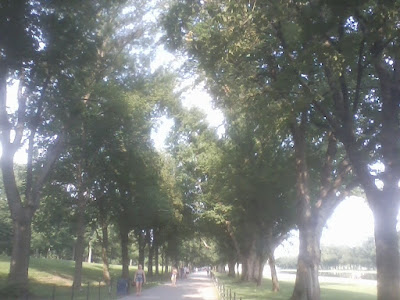 
It is a hot, humid, and breezy day with a gusty westerly wind that has kicked up as the day is heating up. The temp is already 93F at KDCA at the 11 a.m. hour with a 72F dew point. It's 89F at both KBWI and KIAD but with dew points of 74F at both. Usually, when you get a west/northwesterly breeze, the dew point would drop.
Hopefully, we'll get some showers / thunderstorms later. They are in the forecast, but that's hardly a guarantee.
Yesterday was really soupy awful (and not much of a breeze).
OK, that's all for now. I'll try to post aforementioned entry later tonight, but it might not happen.
--Regulus
Posted by Regulus at 12:20 PM