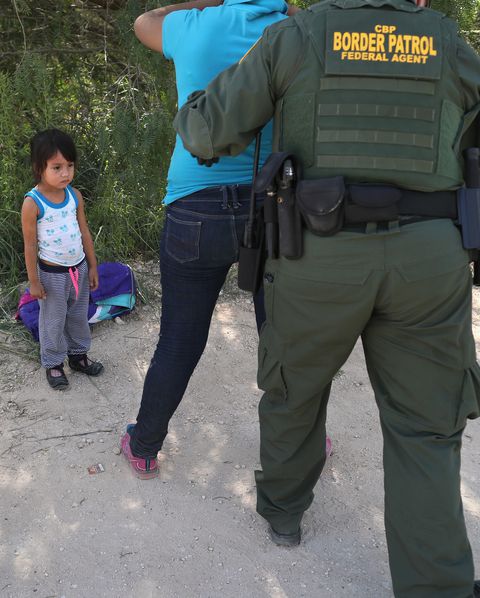 
Daddy's little rightwing twitch had a bad dinner -- the lying, denying face of the Trump concentration camps, also known as DHS Secretary Kirstjen Nielsen -- went to, of all places, a downtown D.C. upscale Mexican restaurant (how perversely ironic is that??) with some quintessentially small-p'd 24-year old GOP "operative" type who ended up her top lieutenant, only to be greeted by protesters. Below is a screen shot of the video contained here. Charlie Pierce correctly described Secretary Nielsen as the "loathsome apparatchik" that she is. Her White House press conference performance on Monday was suitably disgusting, but just par for the Bizarro Reality course in TrumpWorld.
Daddy's little rightwing twitch certainly made the big time as she was up there pretending that this form of systematic state-sponsored kidnapping and child abuse isn't really happening. 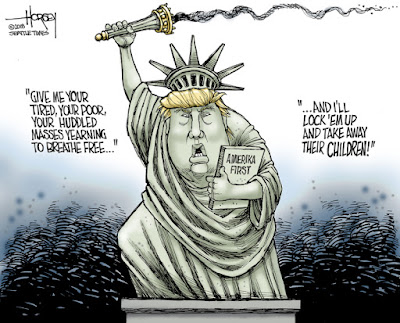 It is certainly every bit as bad as the internment of Japanese Americans during World War II. 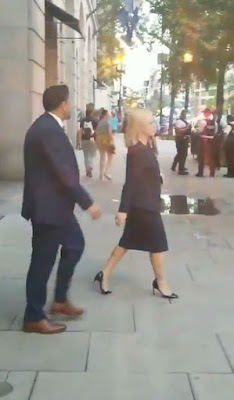 The Rightwing Sorority Twitch never looked up but finally left MXDC Cocina Mexicana in her well-guarded security -- the usual bald-headed, tattoo-covered, steroidal-jacked sort (as ultra-low IQ stupid as they viciously fascistic) that lead Trump's dirty Cabinet in and out of ginormous, all-black Toyota Tundra SUVs at tens of thousands of taxpayer dollars per pop while they destroy.


That's supposed to be a symbol of she-male strength and power. And it totally turns on the syphilitically-mad Emperor Don the Con. Maybe next time choose a WASPY-ier Anglo-Saxony joint. Or eat with Scott Pruitt at the White House Mess. I hear he's very popular there. Even better, just chow down on McDonalds cheeseburgers with Trump while he watches Fox News Channel.

Or maybe just slither into whatever hole in which cockroach Stephen Miller dines. Regardless, Ms. Nielsen would have fit right in as a female Gestapo agent.
As ever, Jonathan Chait has a good take on the matter from the perspective of Trump as hostage-taker -- this time, taking the children of desperate immigrants hostage to achieve whatever demented and morally diseased ends he has in mind.
Chait summarizes the three mutually-exclusive reasons people in Trump World as follows: 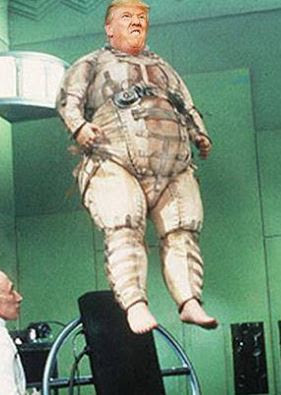 One, the policy exists and is good ("It was a simple decision by the administration to have a zero tolerance policy for illegal entry. Period," says Stephen Miller.
Two, the policy does not exist. ("We do not have a policy of separating families at the border. Period," insists Sec'y of Homeland Security Kirstjen Nielsen.)
And third, the policy does exist, and is bad, and the Democrats are to blame ("I hate the children being taken away. The Democrats have to change their law -- that's their law," declared President Trump.) 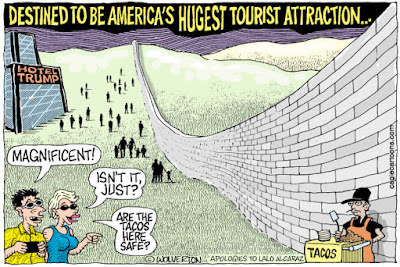 It just bears stating: When it comes right down to it, anyone near Trump becomes morally perverted and loses their soul -- if they had weren't or hadn't previously. Trump himself can only generate chaos for his own sociopathic and narcissistic ends.
Again, just another week in TrumpWorld.
--Regulus
Posted by Regulus at 11:55 PM