Saturday Evening Post for June 9th, 2018: Little Pride, Some Rain, and Lots of Trump Disasters; Plus, Some Thoughts on Charles Krauthammer 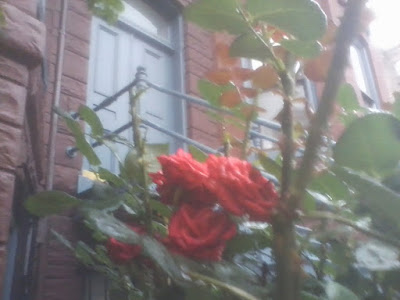 Roses at the base of steps leading to a row house on a rainy evening, 1300 block N Street NW, Washington, D.C., 8:05 p.m. June 3, 2018.
For this entry, I'm going to feature some of the pictures from last (rainy) Sunday when my mom visited D.C. and we went to Georgetown (to Martin's Tavern) and then -- after I rode with her back to the Hotel Harrington where she was staying -- I walked home. 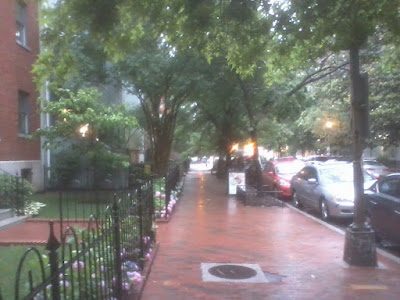 Rainy evening, 1200 block M Street NW, Washington, D.C., 7:59 p.m. June 3, 2018.
As I mentioned in this entry, I had nearly completed a big entry with all of those pictures on Wednesday night only to have the entire goddamn thing disappear because of a stupid "go back" mistake while in Blogger's "Compose" mode (the other mode being "HTML").
*******


I'm back from the gym and in for the night doing my usual Saturday night routine -- blogging, making dinner, and laundry while watching MeTV's Super Sci-Fi Saturday Night lineup and its subsequent Red-Eye Sci-Fi Sunday into the wee hours.

The episode of Wonder Woman was "The Pluto File" (and Bladensburg, Md., figures into it -- pronounced "BLAHD-ensburg" instead of "BLADE-ensburg").

The Svengoolie-hosted monster movie is the 1956 film The Mole People. After two 30-min episodes of Batman, the Star Trek: TOS episode at 11 p.m. is "Day of the Dove" and the Battlestar Galactica episode at 12 a.m. is "Greetings from Earth: Part 2."

Both Battlestar Galactica and Kolchak the Nightstalker have cycled through their relatively few episodes on MeTV. The latter is airing the episode "They Have Been, They Are, They Will Be" at 1 a.m. Rounding out the lineup is Lost in Space at 2 a.m. ("The Keeper: Part 2"), Voyage to the Bottom of the Sea at 3 a.m. ("The Indestructible Man"), and Land of the Giants at 4 a.m. ("Sabotage").


I'm actually not starting my laundry until about 2 a.m., so I may very well be up until the end of Land of the Giants.
I was quite tired after my multipart gym workout but I got in a 5-mile jog and weightlifting plus a concluding swim. 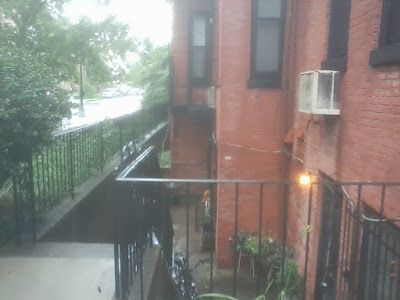 
Today was ANOTHER year of Capital Pride parade, and I completely avoided it -- and thank God the route between my apartment and gym doesn't take me past the parade route (as it used to when I went to the old National Capital YMCA). 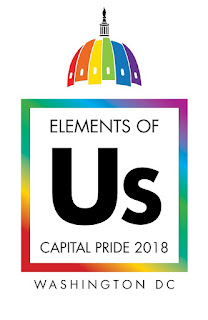 Having experienced or been near it now for the past 14 years (and, really, 26 years in this area), it gets old -- the tossed beads, the condom packs all over the ground, and the various permutations of identity politics -- itself a double-edged sword these days (see Trump supporters) -- and the straight young people watching it all giddy and drunk like they are on a rainbow safari to the Land of Unicornia. (Needless to say, Millennials are damn annoying.)


And as for the "G" part of the LGBTQ community, gay men are frequently a mean and nasty lot, especially here in D.C. The sum is always much less than the parts.
All that really matters, though, is that I hope M. WADE Tipamillyun -- a physical entity that exists only for tips -- made "mucho coins." 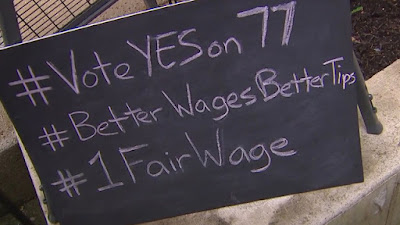 Oh, yes, I want to bring up that Initiative 77 again. I had mentioned I was going to vote "YES" on it simply for the purpose of canceling out M. WADE Tipamillyun's "NO" vote. But now I think voting yes on it is just a good idea. 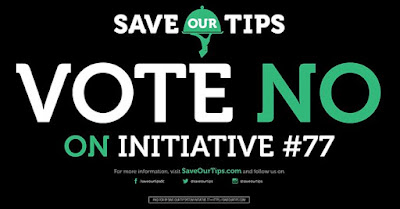 There is far too much reliance on tips -- consider the absurdly low wage of $3/hour -- and there is no reason why restaurants can't pay their employees a more reasonable wage, and that won't necessarily torpedo the whole tipping culture (which is deeply engrained in the United States). The fact that tips are significantly lower outside the upscale areas / expensive establishments / certain kinds of bars also suggests there is a discrepancy that disadvantages lower income service industry people that such a law would help to alleviate. The bigger issue is that the tipping culture is all part of the over-reliance on the "gig economy" that so titillates libertarians and is the way the oligarchical overclass maintains its power. 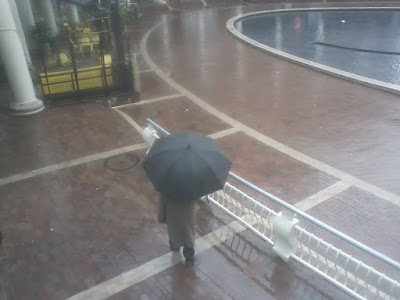 
It was a warm and thickly humid day with scattered thunderstorms.
Highs reached 86F at both KDCA and KBWI while KIAD had a high of 88F. Dew points were in the 65F to 70F range. Heavy showers and thunderstorms were forecasted but little has actually fallen so far at the these three ASOS stations (0.03", trace, and 0.16", respectively). 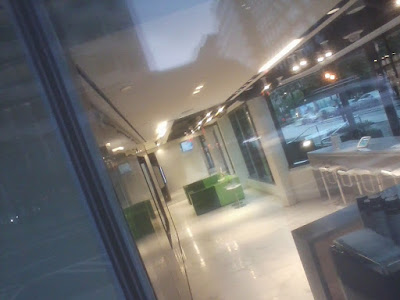 
There is another chance of showers and thunderstorms tomorrow as a quasi-stationary frontal boundary currently situated over Maryland begins to sag southward with minor impulses of low pressure along it. 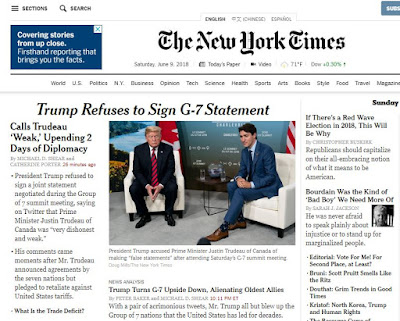 
Oh, yes, I should note that Trump's performance at the G7 summit in Quebec was atrocious even by Trump standards -- culminating in a refusal to sign the ending communiqué.
Trump tried to buffalo his way all over the other leaders, but merely ending up sounding characteristically incoherent while wildly threatening to destroy all trade relations between the United States and Canada, the UK, the EU, and Japan. Just ponder that for a minute. He also tweet-insulted Justin Trudeau in very personal terms. 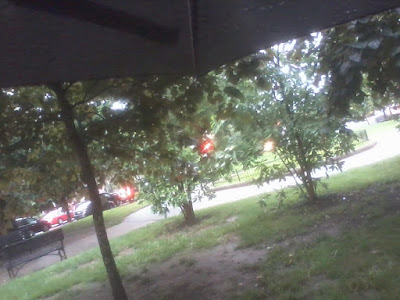 
You can read about it here, here, and here.
What a fucking embarrassment and disgrace. 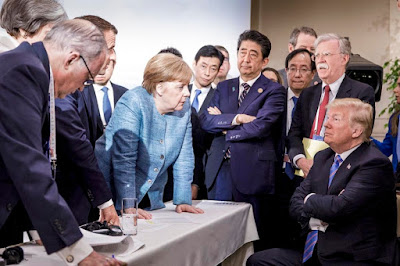 Picture released by the German government showing some of the G7 leaders and Trump, June 9, 2018.
Look at Bolton that warmongering chicken-hawk with that stupid-ass mustache. And Lawrence Kudlow is there. He's just a clown.
******* 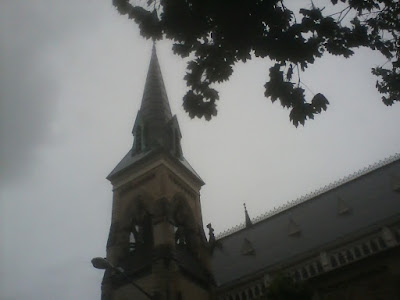 
As for Trump, this vulgar orange buffoon -- the object of cult-like worship by the deranged identify politics of the downwardly immobile white working class and Southern whites of all economic classes -- was in a mad dash hurry to get away from the United States' closest democratic First World allies and jet over to Singapore for his deranged meeting with North Korea's psychotic Kim Jong Un. 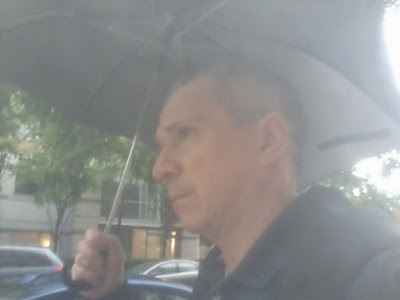 
Trump, naturally, has a "thing" for dictators -- and the worse and more corrupt and authoritarian they are, the happier he is.
At least ailing Sen. John McCain said the following by tweet: 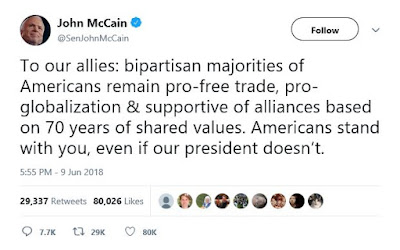 
The Washington Capitals won the Stanley Cup on Thursday night, defeating the Las Vegas Golden Knights and representing D.C.'s first major sports team title since 1992 (when the Shit-skins won). A parade of some sort is planned for Tuesday morning on Pennsylvania Avenue. 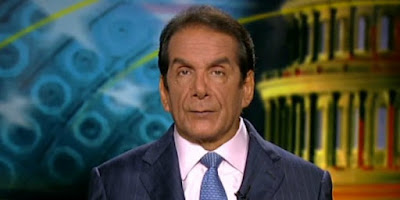 Charles Krauthammer -- a.k.a., "Dr. Chuckles" -- announced in this Washington Post column that he has only a few weeks to live as a result of the result of an aggressive form of abdominal cancer.

Dr. Krauthammer -- he has a medical degree and was once a practicing psychiatrist -- is one of the godfathers of the conservative political/media ecosystem. As a syndicated columnist and pundit, he is on the upper / intellectual end, not the Trump vulgar huckster or InfoWars conspiracy mongering, although he never broke with Trump as George Will did.

As for me, I've never liked Charles Krauthammer. 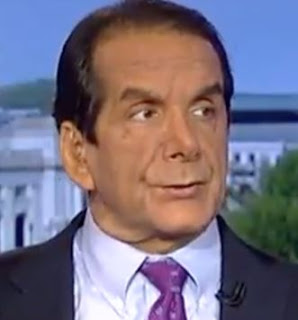 He has always been an aggressive and very prominent rightwinger who gained that influence as an op-ed columnist for the Washington Post (Fred Hiatt couldn't get enough of him) and -- through various organs of rightwing media -- eventually a Fox News pundit. 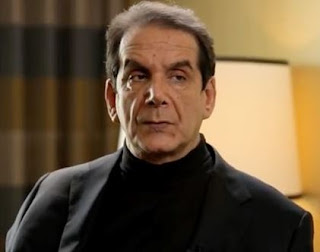 As an Orthodox Jew, possessing a fanaticism on the Israeli - Palestinian conflict that makes him Benyamin Netanyahu's soulmate. He abused his position as a psychiatrist to trash Al Gore during the 2000 election travesty (itself a forerunner of what gave us Trump).


Krauthammer was rendered a paraplegic following a diving accident when he was in his mid-20s and lived much of his adult life in a motorized wheelchair.
I mention all of this because Krauthammer figured into a dream this morning (after I had heard about his terminal cancer diagnosis). He was in some large house in a corner room and I had an extended conversation with him that was very important to me (in the dream). 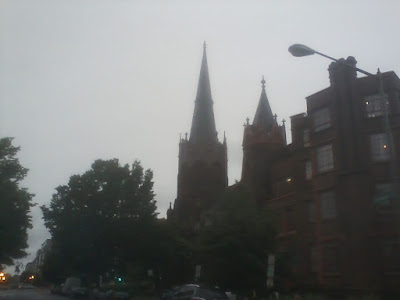 
Whatever his brilliance, Krauthammer was also a toxic influence on American politics as the right lost its mind and took over everything -- and creating a path that lead irrevocably to Trump.
OK, that's all for now. My next planned entry will be either late Monday or Tuesday. Jukebox Saturday Night edition to follow shortly
--Regulus
Posted by Regulus at 11:58 PM