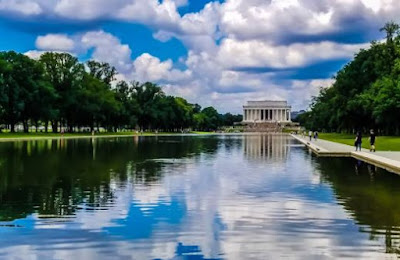 The Lincoln Memorial and Reflecting Pool on a nice day, June 6, 2018; photo by Facebook user Petra Engle and featured in this June 8th CWG entry.
*******


I'm back from the gym and in for the night doing my usual Saturday night routine -- blogging, making dinner, and laundry while watching MeTV's Super Sci-Fi Saturday Night lineup and its subsequent Red-Eye Sci-Fi Sunday into the wee hours.

The episode of Wonder Woman was "Last of the Two Dollar Bills." This is from the first season of the series when it was set during World War II rather than in the then-present-day 1970s.

The Svengoolie-hosted monster movie was the 1941 Man Made Monster. It was sufficiently short that Svengoolie had lots of time for campy schtick.

After two 30-min episodes of Batman, the Star Trek: TOS episode at 11 p.m. is the poetically named "For the World is Hollow and I Have Touched the Sky." The Battlestar Galactica episode at 12 a.m. is "Baltar's Escape."

The rest of the lineup is Kolchak the Nightstalker ("Vampire"); Lost in Space ("The Sky Pirate"); Voyage to the Bottom of the Sea (episode "The Buccaneer"); and Land of the Giants (episode "Shell Game") ending at 5 a.m.


I'm actually not starting my laundry until about 2 a.m., so I may very well be up until the end of Land of the Giants.
I had a multipart gym workout that included a 4-1/2-mile jog and weightlifting plus a concluding swim.
******* 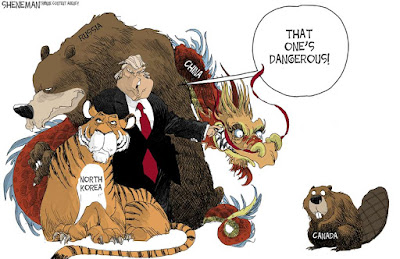 So the trouble with this entry is that there are so many Trump catastrophe-related things I want to relate but I have few new pictures to post and I also need to have this entry posted by midnight (at least preliminarily) in order to make it a Saturday Evening Post. 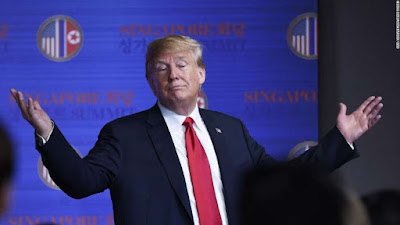 I think the best approach will be simply to post links. However, I really want to feature the intro of a by CNN reporter and political analyst Stephen Collinson.
The piece is the following (link embedded): Why Donald Trump's wild week matters. A lot.
Here is a less messy/cluttered MSN reposting of it.
Excerpt / intro (without embedded links):
Here are some of the things Donald Trump did in a week that at first appeared to be an incoherent torrent of unrelated events but may end up being one of the most significant of his presidency:

He tore at the fabric of the Western alliance, challenged American values at home and abroad, praised autocrats and adopted their rhetoric and positions.

He blamed Democrats for his own policy of separating kids from undocumented migrant parents and set off a trade war with China. After meeting North Korean leader Kim Jong Un in an epochal encounter in Singapore, he shocked the world by saying the murderous dictator loved his people. And back home, another round of primaries and clashes with the cowed congressional GOP only served to cement his power over his party.

Yet while the President plunged into a staggering range of issues and controversies, there was a method to it all.


More than ever before, Trump imposed his personality and political will on Washington and the world. He went further than ever in crafting an alternative reality around his White House that may be misleading but has enthralled millions of people. 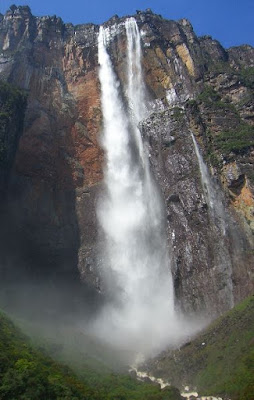 Trump's impromptu press conference on the North Lawn of the White House on Friday unfolded as a breathtaking display of charisma, misrepresentation, hubris and salesmanship that has no obvious parallel in the modern history of Western democracies.

And Trump -- as his West Wing staff begins to hollow out and his fascination with the techniques and personalities of global autocracy grows -- appears intent on expanding the scope of his own power.


Not to worry, though, because the Red State Trump-worshipping zombies that make up the GOP "base" can't get enough of their beloved savior -- a monster -- while they fart out Big Mac-flavored hot, wet gas. 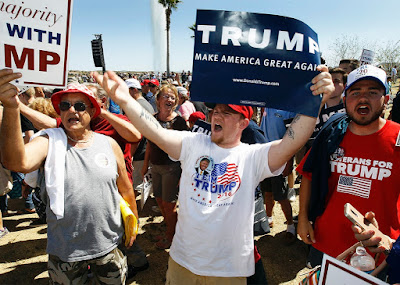 Lunatic Trump supporters.
The irony, of course, is that all these Trump cultists are completely expendable fodder for whatever schemes he has cooked up to amass more power and money.
The situation on the border with the forcible separation of thousands of Central American immigrants from their children is beyond disgusting, and it is appropriate that AG William Sessions would cite Bible verses used to justify slavery to justify something that is less than a policy than something the Nazis would do. 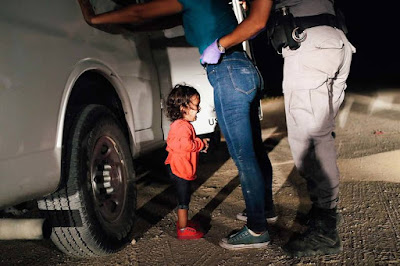 Here is an important Slate article: It's All Too Much, and We Still Have to Care.
Other article links (embedded):
Demolition Donald


It's undeniable that the president is wrecking the U.S.-led international order. The only question left is whether he’s doing it on purpose.
******* 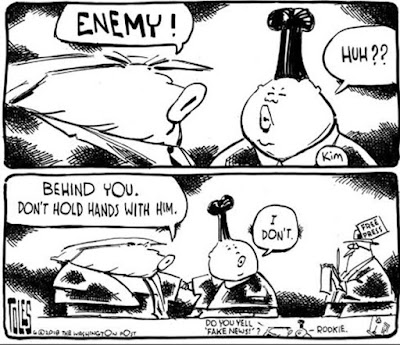 Trump's America does not care


The United States' allies are about to find out what real unilateralism looks like and what the real exercise of U.S. hegemony feels like, because Trump's America does not care. 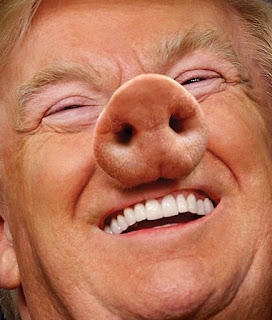 It is unencumbered by historical memory. It recognizes no moral, political or strategic commitments. It feels free to pursue objectives without regard to the effect on allies or, for that matter, the world. It has no sense of responsibility to anything beyond itself. 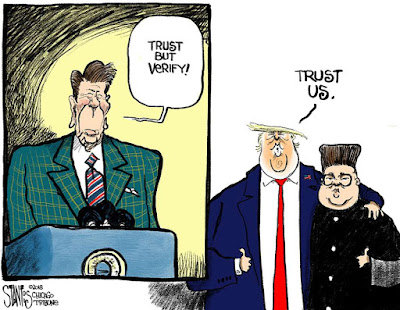 Trump is often depressing. This week, he was sickening.
This piece is by the WaPo's Ruth Marcus, somebody I've never liked. Funny how a radically -- dangerously -- changed time can scramble alliances.
******* 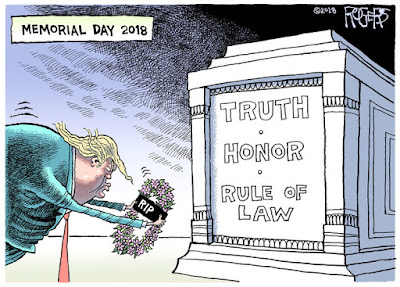 The political cartoon above and below are by Rob Rogers, the 25-year veteran political cartoonist for the Pittsburgh Post-Gazette who was fired this past week because the rightwing, Trump-loving asshole billionaire publisher -- John Block -- and his cheap-ass editorial thug, Keith Burris can't abide Rogers' anti-Trump cartoons. 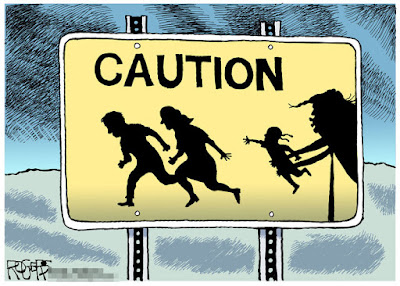 
This Nation is Politically Deranged
This piece is by the inestimable Charles Pierce and is a must-read.
*******


OK, that's all for now. Jukebox Saturday Night edition (already composed) to follow momentarily. Tomorrow (Sunday) is my free day, and I'll probably walk to Georgetown or maybe take the Metro to Old Town Alexandria. My next planned update will be late Monday or early Tuesday.
--Regulus
Posted by Regulus at 11:57 PM