It's Time to Admit It: In Our Current, Counter-Majoritarian US Political Configuration, the GOP Has Successfully Completely and Permanently Obliterated Wussy Dems -OR- Supreme Corpse 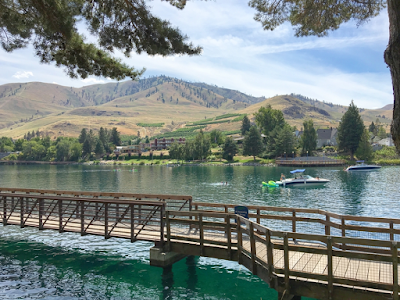 Lake Chelan, Washington State
The images in this entry are of various U.S. lakes that came from a photo-montage of "the 20 most beautiful lakes in the U.S." I'm not posting any image captions. If you are interested in the pics, just click on / download them.
******* 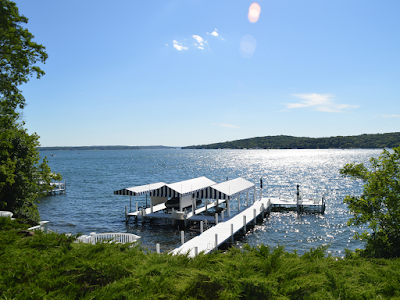 So let's talk about this garbage for a bit (and not in a good way) …
Supreme Court Justice Anthony Kennedy (R - Miserable) decided to retire just in time for the GOP Trump Cult in the Senate under Elaine Chao, She-Male Husband of Majority Leader Mitch "The Bitch" McConnell (R - Whore), to ram through ANOTHER fucking Federal Society-bot that will be on the court for another half-to-full century. 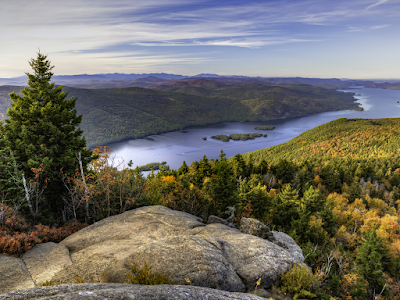 And there isn't a goddamn thing the useless, worthless Dems can do -- except, I suppose, simply refuse to show up to the Senate, or if they do, start a fucking brawl, but they're fair too wussified to do anything Fred Hiatt judges to be "uncivil." 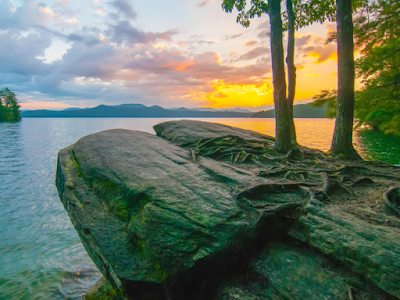 I agree with Chris Matthews, but I have no idea the solution other than to detonate the system that the GOP has perverted into shit. It's an existential crisis in which the country itself (no matter the eventual outcome) very likely won't survive in its current form. 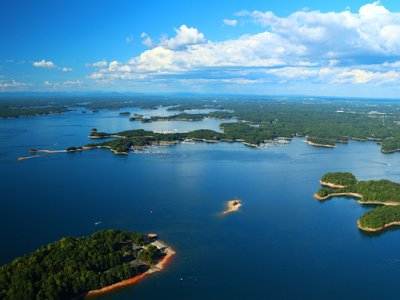 Naturally, we start this kabuki theatre, the worthless, useless "Schumer Dems" are "appealing to reason" to Mitch "The Bitch" McConnell to follow his own "McConnell Rule" that McConnell (R - 60-Pounds of Jowls and Elaine "Cocaine" Chao) pulled out of his posterior in blocking "No Drama" Obama's pick.
What a bunch of shit. 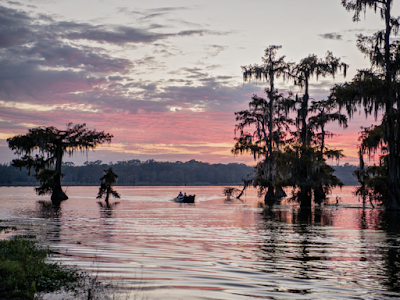 Rather, a first start is to fully acknowledge the immutable fact that the fucking GOP has "WON" when it comes to the federal judiciary -- they've completely and totally taken it over and fucking gotten EVERYTHING they want. 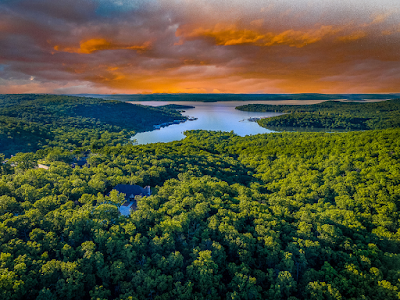 The GOP has completely, totally, and in the current political "counter-majoritarian" configuration of this country, permanently won. And I refer not just Roe v. Wade -- which is history. You can go screw your right to an abortion. 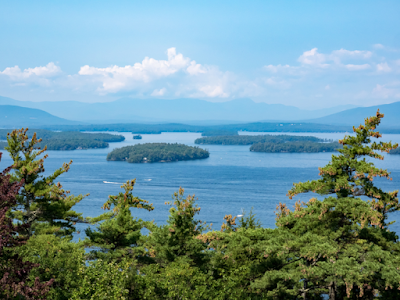 These "Bernie or Bust" gamer animals can go to hell. Fuck them. They ruined self-righteously everything in 2016 and they are no better today. As for these Red Staters, they can blimp out in their fundamentalist trailer parks until Trump figures out a way to gas them all for profit. 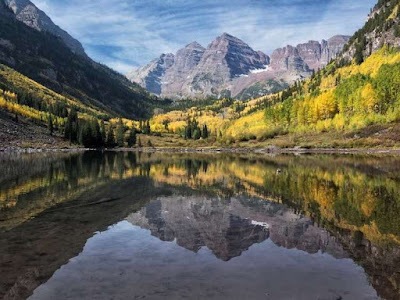 My point is that any effort to "turn to" the fucking judiciary -- itself little more than a Federalist Society whorehouse/crack-house/trap-house -- is doomed to TOTAL FAILURE. (This means don't even bother to fight the fact that the Vulgar Talking Yam that Putin got elected is engaging in massive state-sponsored kidnapping of migrant children. That's just another fucking 5-4 abomination -- and soon to be 6-3, and then 7-2, and finally, 8-1, 9-0 -- waiting to happen.) 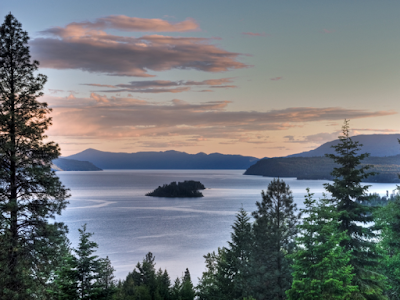 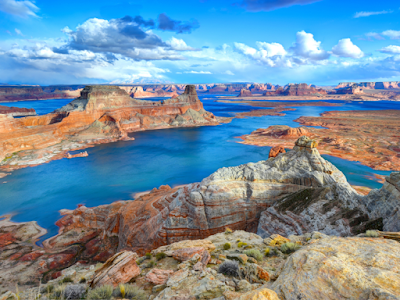 My point is, there is NOTHING the Dems can do. They have LOST. And we need to be acknowledge the fact that over the next 10 to 20 years, the judicial branch of the United States of GOP'ica have total and complete "counter-majoritarian" power in ALL THREE branches of the federal government. 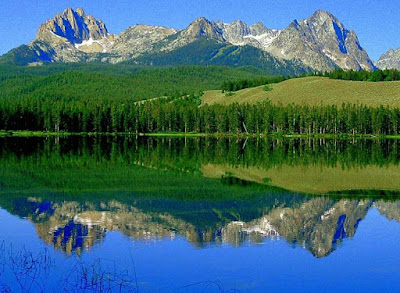 We have to start a LOOOOOOOOOOOOONNNNGGGG game the way the now-fully-cultic GOP did starting back in the 1970s -- or, far more likely, failing that (since history moves much faster today), just breaking up this country into different autonomous regions. 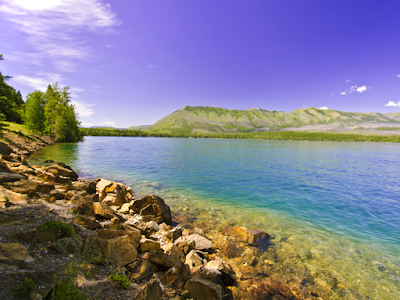 In the meantime, expect this diseased branch of government to undertake a blitzkrieg against the entire apparatus of not just the Obama years, but earlier, the entire 20th Century, in order to usher in its true goal: Dark Money oligarchy, slavery, and (to the extent it increases both of the previous) genocide. That Trump is the cultic instrument by which so many of those who vote Republican will make it happen -- well, that's just a sort of darkly humorous twist to it. 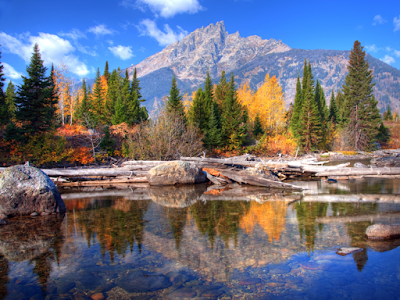 Oh, and planetary ecocide -- all while butt-munching about "wise use" or whatever garbage it's called today. That goes without saying.
As far as I'm concerned, there can be another civil war, or at least break up the fucking country -- if the alternative is this dystopian oligarchical and fundamentalist theocratic nightmare all while being Fred Hiatt "civil" and not "shrill."
Thanks, God. You're such a Good God. So worth it. Love Ya. 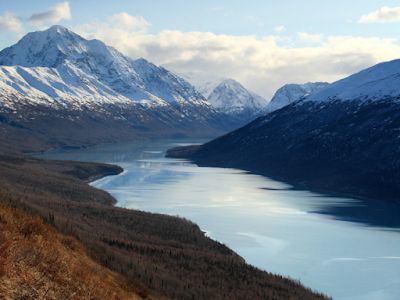 The other deeply offensive "news" this week is that these vicious jackasses decided to troll everyone on this planet by asserting that there is most likely no intelligent life elsewhere in the Galaxy -- or even the Observable Universe. But let's save that ignorant bullshit for another entry. 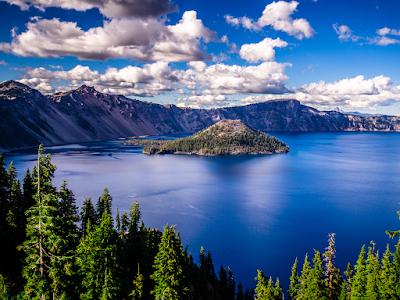 OK, that's all for now and good frickin' night, too.
Maybe I'll never update this goddamn blog again. I'm fed up with it, goddammit.
--Regulus
Posted by Regulus at 12:12 AM