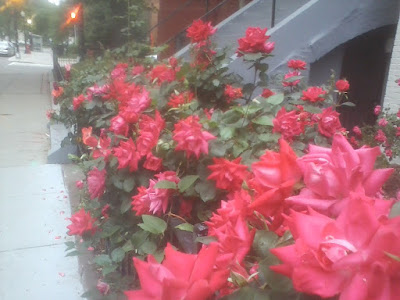 
This is just a quick entry. I'm so tired right now. I'm home after staying late at work as I am trying to finish multiple tasks. I wasn't able to go to the gym tonight, but I intend to go tomorrow night. 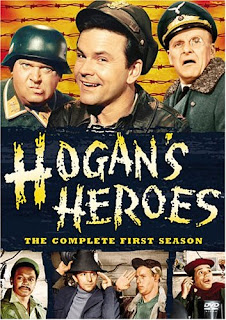 I'm home now watching MeTV reruns -- specifically, Hogan's Heroes as I write this -- as I sit in my tiny, dimly lit apartment with the window air conditioner purring away a flow of cool air even as I try to recompose myself after a mentally tiring day and evening including trek home. I find General Burkhalter -- played by the late Leon Askin -- and his interactions with Colonel Klink kind of hilarious.


Of note, Robert Clary is still alive. The now-92-year old was an actual Holocaust survivor. 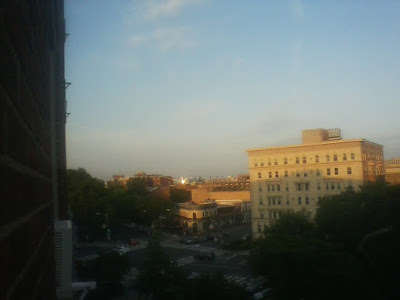 Early morning apartment view across the intersection of 16th and U Streets and New Hampshire Ave NW, Washington, D.C., May 12, 2018.
The rising Sun was glinting brightly off one of the taller skyscrapers in Rosslyn (about two miles away).
*******


I want to watch the Perry Mason episodes this week since they include the three where he loses a case -- one of which is not reversed -- and the one color episode. Tonight's episode is "The Case Of The Terrified Typist." 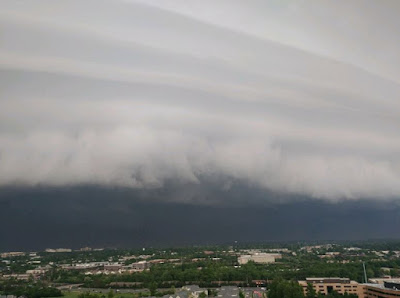 Approaching thunderstorm squall line with dramatic-looking shelf cloud as seen from Reston, Va.; May 14, 2018; photo by Cynthia Adler and reposted in this CWG entry.
*******


We had an absolute monsoon of thunderstorm earlier this evening and earlier tonight as a bow-echoed squall line plowed across the D.C. area (and grazed the Baltimore area). 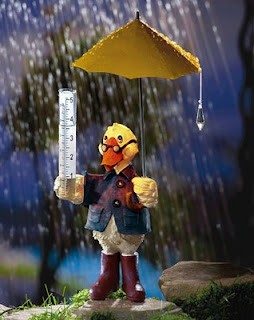 Preliminarily, the following amounts of rain fell (through 11PM):


To be clear, it wasn't a "derecho" -- despite much hysteria to the contrary -- but it was an impressive-looking mesoscale convective system (MCS).
Below is some radar imagery ...


You can read the CWG entry -- updated multiple times during the day -- about it here. I'm not going to go into great detail about it since the storms weren't that severe and the rain was very welcome. I will say that the skies over the D.C. area and into the NoVa suburbs were apocalyptic looking for a time with stunning an extensive shelf cloud formation.

Sterling (LWX) NWS radar in standard composite mode looped 6:01PM - 6:43PM EDT May 14, 2018.
This composite mode radar looked quite scary, but in the end, the storms were only "garden variety" severe, not disastrous. There were some downed trees and power lines / power outages, but a repeat of the June 2012 "derecho" this was not even close.
*******


Also, following my most recent Saturday Evening Post entry and while I was copyediting a large proposal into the wee hours of Sunday morning, a cluster of heavy rain showers / thunderstorms crossed the area -- dropping 0.32 inches at KDCA.


About that Saturday night entry, I had to update it since I stupidly referred to the cloud formation in the image picture as a "roll cloud" when it is a "shelf cloud." I've corrected it. (The picture in this entry by Cynthia Alder is also a shelf cloud image.)


Anyway, all of this rain is very good since we've been in a spring dry spell / borderline drought -- itself an extension of a multi-year drier-than-normal period. Looking ahead, the forecast has multiple chances of rain for the next week as a fetch of moisture sets up from a tropical (or quasi-tropical) disturbance in the Gulf of Mexico (see this CWG entry). 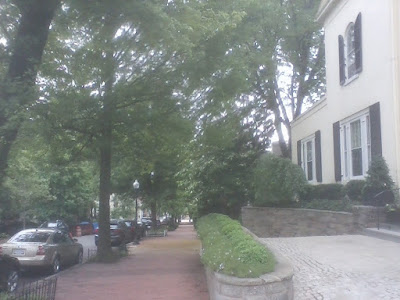 
Right now, I need to sign off and return to some work I need to finish. Things should be back to normal by tomorrow, and I intend to post an entry after work and the gym.
--Regulus
Posted by Regulus at 12:24 AM