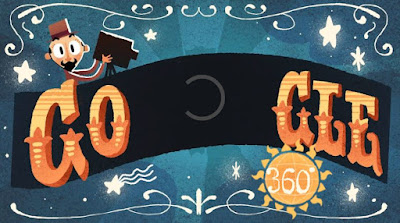 I'm having difficulty posting a blog entry, so instead of anything political, meteorological, or personal -- or, for that matter, Friday Night Creature Feature series-related -- I'm just going to post an entry about today's wonderful animated / virtual reality Google Doodle "Back to the Moon" that celebrates the great French illusionist and film director Georges Méliès (pictured below around 1890).
To be clear, this is much more than a Google Doodle: It is instead a collaborative effort described as follows: 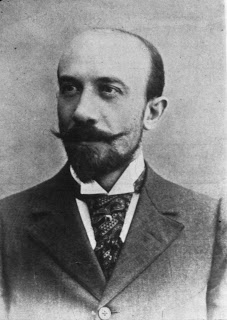 
This particular Google Doodle is thus animated and "immersive" interactive -- so that you can "grab" at the moving image and look around 360-degrees as the action plays out. (Alas, the regular YouTube video embedded below doesn't allow for that).
The source link above allows you to see it in VR (at 18 seconds when the animation stops; "grab" on it to start the animation again).
The following Vox.com article has a nice summation of his life work and the Google tribute to him: How Georges Méliès' films are still influencing cinema, more than 100 years later.
Here is a portion of that article interspersed with some frame grab images from the animated, immersive Google Doodle: 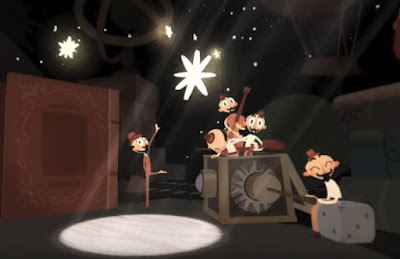 If you've ever watched a science fiction movie, or one that uses special effects, then you owe a debt of gratitude to Georges Méliès, the subject of today's Google Doodle and one of the few people who truly deserve to be called a "visionary." 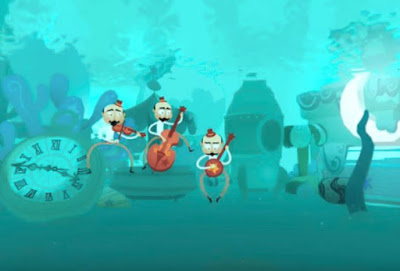 One of cinema's most important pioneers, Méliès worked in an age when the medium was changing rapidly and when the whole world was obsessed with scientific discovery, explorations, and expeditions to the furthest reaches of the planet. So it's fitting that a Doodle created in another age of fast-paced cinematic change -- our current time -- honors him by using some fancy technology of its own. 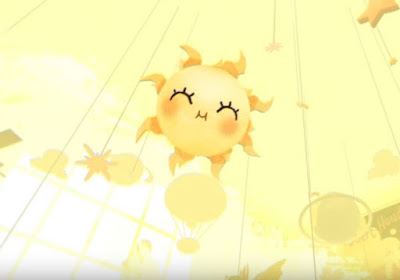 Méliès, born in 1861, was an innovator par excellence, experimenting with effects in his films that blew people's minds in an era when film itself was still startling to many people. Employing things like time-lapse photography, multiple exposures, dissolves, pyrotechnics, theatrical machinery, and more, he dazzled his audiences. It looked like magic. (You can see some of these effects on the Doodle's background page.) 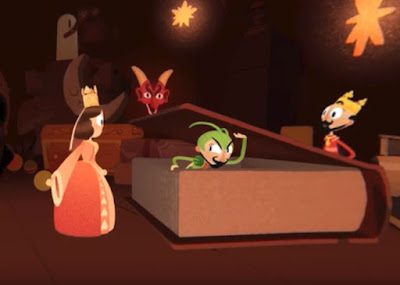 Méliès was working around the turn of the 20th century, a time of burgeoning scientific exploration and big dreams about the future of mankind. The filmmaker tapped into those through his experimentation with effects, and through stories he told tales of discovery. 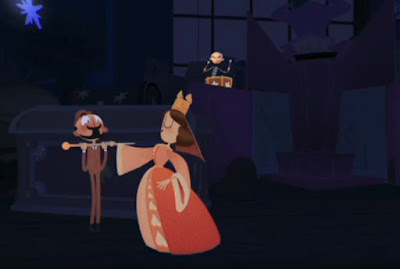 Méliès's most famous film is probably "Le Voyage dans la Lune" ("A Trip to the Moon"), from 1902. It's a work of science fiction, inspired partly by stories by people like Jules Verne. In the almost 13-minute film, a group of space explorers travel to the moon, encounter a tribe of strange beings, capture one, and return to Earth. Méliès himself played the crew’s leader, Professor Barbenfouillis. 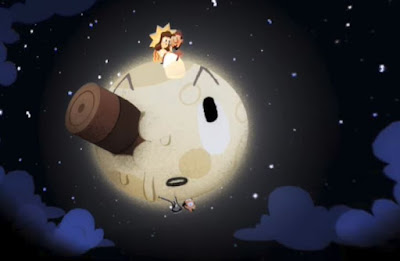 Méliès returned to that idea of being an explorer again and again in his movies, including 1904’s The Impossible Voyage, in which a group of explorers undertake an epic voyage to the center of the sun. And on May 3, 1912, Méliès released "À la conquête du pole" (which translates to "The Conquest of the Pole"). The full film is 44 minutes long, and it pokes sly fun at the then-recent South Pole explorations of Roald Amundsen, with effects that give the whole story a magical feel.

Here is the intro paragraph of his Wikipedia biography:
Marie-Georges-Jean Méliès, known as Georges Méliès (/meɪˈljɛs/; French: [meljɛs]; 8 December 1861 – 21 January 1938), was a French illusionist and film director who led many technical and narrative developments in the earliest days of cinema.
Méliès was well-known for the use of special effects, popularizing such techniques as substitution splices, multiple exposures, time-lapse photography, dissolves, and hand-painted colour. He was also one of the first filmmakers to use storyboards. 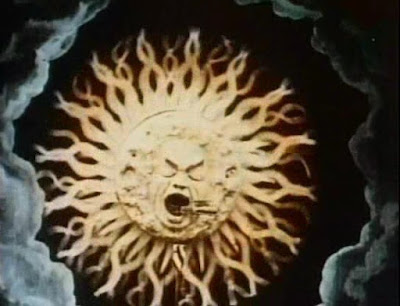 His films include "Le Voyage dans la Lune" ("A Trip to the Moon") (1902) and "Voyage à travers l'impossible" ("The Impossible Voyage") (1904), both involving strange, surreal journeys somewhat in the style of Jules Verne, and are considered among the most important early science fiction films, though their approach is closer to fantasy.
This is "A Trip to the Moon" with high-quality film (clearly remastered in some way) and lots of classical music (and at least one commercial break).
*******
This is "The Impossible Voyage" with lovely background piano rag music.
I can't tell if they are supposed to be going INTO the center of the Sun or not. Also, it seems to skip the part where they fly into the Sun's mouth ...


OK, that's all for now. My next planned entry (or pair of entries) will be tomorrow night.
--Regulus
Posted by Regulus at 8:49 PM